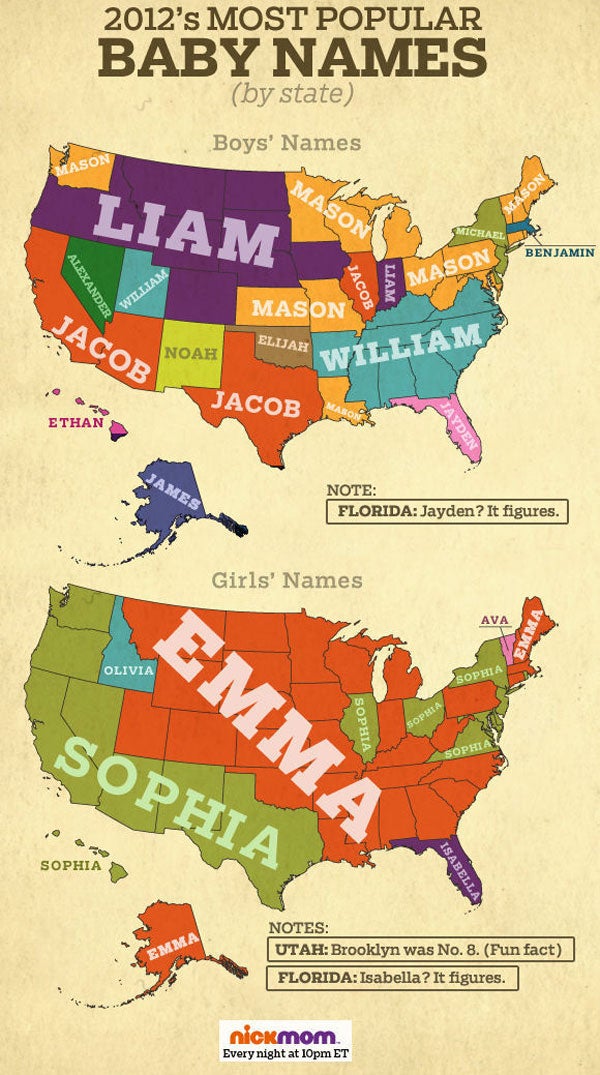 If you know a baby named Jacob, you are more likely to live California. If you just had a girl named Emma, you might live, well, anywhere in the US, except the West Coast, where you are more likely to be around young girls named Sophia. Because, like many other things in the United States, baby name popularity is becoming more and more regional. According to the Social Security Administration's recently released list of most popular baby names (plus this handy infographic by NickMom), it's easy to see that parts of the country act in tandem.
A couple of other facts: Oklahomans love Elijah, and Mason is popular north of the Mason-Dixon line. On the girls' side, we are pretty much an Emma vs. Sophia country, but we've got a few outliers with Isabella (in Florida) and Ava (Vermont). The Emma/Sophia divide almost (though not exactly) reflect the red state/blue state divide. Who would have thought that political lines could reflect our taste in names? (HuffPo)
Advertisement