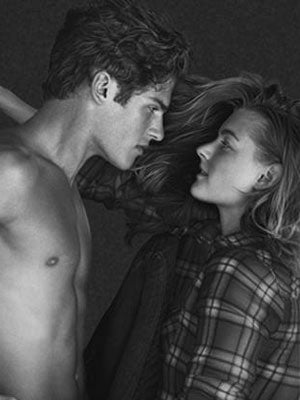 Every few years, comments from Abercrombie & Fitch CEO Michael Jeffries resurface about his refusal to make clothes for XL or XXL buyers. The exact quote, given in a 2006 interview with Salon, reads like this: "In every school there are the cool and popular kids, and then there are the not-so-cool kids. Candidly, we go after the cool kids. We go after the attractive all-American kid with a great attitude and a lot of friends. A lot of people don’t belong [in our clothes], and they can’t belong. Are we exclusionary? Absolutely. Those companies that are in trouble are trying to target everybody: young, old, fat, skinny. But then you become totally vanilla. You don’t alienate anybody, but you don’t excite anybody, either.” Jeffries' comments, while surprisingly honest, continue to receive backlash, and the most recent round has finally incited the stalwart CEO to remark. Of course, his statement is an explanation, and not an apology. So, let's break it down.
Advertisement
Acknowledge the controversy, but make sure that everyone knows that it's ridiculous to keep beating this obviously dead horse, because those who are upset are obviously late to the party. Bringing this up again is, according to Jeffries, tiresome.
"I want to address some of my comments that have been circulating from a 2006 interview. While I believe this 7 year old, resurrected quote has been taken out of context...."
Don't apologize for saying anything, except being misinterpreted. Because it's not his fault, it's ours.
"I sincerely regret that my choice of words was interpreted in a manner that has caused offense."

Use a marketing word that clearly excuses any responsibility. It's all part of a business plan, everyone.

"A&F is an aspirational brand that, like most specialty apparel brands, targets its marketing at a particular segment of customers."

Admit the obvious. See? We can all agree with this. He must be saying something we can all agree upon!
"However, we care about the broader communities in which we operate and are strongly committed to diversity and inclusion."

The people! Think of the people! There are people who work at Abercrombie, and as such they must be good, right?

"We hire good people who share these values. We are completely opposed to any discrimination, bullying, derogatory characterizations or other anti-social behavior based on race, gender, body type or other individual characteristics."

Is his apology a non-apology, or is the first step simply admitting you have a problem?

Style
Iets frans… Is Our New Favorite Affordable Tie-Dye Loungewear
These days, when we’re deciding what to wear, two factors reign supreme: comfort and affordability. For starters, many of us have been trapped indoors fo
by Eliza Huber
Style
In An Unexpected Move, Kanye West’s Yeezy Is Collaborating ...
Update: Following the news of the Yeezy Gap Line, Gap said that it’s “not mov[ing] forward with the Gap x Telfar partnership at this time.” Read more
by Irina Grechko
Style
Allbirds & Adidas Are Teaming Up To Design A Sneaker With The ...
San Francisco-based sneaker brand Allbirds rarely shies away from a challenge. When faced with the issue of petroleum-based, and therefore wholly unsustain
by Eliza Huber
Deals
These Are The Major Memorial Day Fashion Deals You Don’t Wa...
by Amanda Randone
Style
As Colorado Reopens, One Boutique Owner Is Nervous — But Prepared
Like a majority of states, Colorado has been under strict stay-at-home orders for the last five weeks, put in place to prevent the spread of COVID-19. But
by Eliza Huber
Style
Lululemon Faces Backlash Following An Employee’s Racist Behavior ...
Trevor Fleming, an art director at luxury activewear brand Lululemon, was fired after posting the link to a racist T-shirt on his Instagram page. The shirt
by Eliza Huber
Style
This $500 Giveaway Supports Brooklyn’s Best Vintage Shops
Of all the many vintage stores in Brooklyn, five stand out as the darlings of the scene: Antoinette, Awoke, Collections, Dusty Rose, and Horizons. And to k
by Eliza Huber
Style
Why Aren’t More Department Stores Closing?
Update: Yesterday, Nordstrom announced that all of its U.S. and Canada retail locations would be temporarily closing in order to prevent the spread of COVI
by Eliza Huber
Fashion
America Has As Many Victoria’s Secrets As It Has Malls. So — Now ...
Today, private equity firm Sycamore Partners bought a 55% stake in Victoria’s Secret in a deal that took the lingerie giant from a public company under L
by Eliza Huber
H&M
Exclusive: H&M’s Spring ’20 Studio Collection Is Insp...
Update: H&M’s spring ’20 Studio Collection is officially ready to shop. Get a piece (or 45) from the drop before they sell out by scrolling
by Eliza Huber
Cancel Culture
Her Social Media Call Outs Led To Real Change At Prada. Here̵...
When Chinyere Ezie first wrote a post on Facebook about the racist display in Prada’s windows and inside its Soho store, she hoped that something would h
by Connie Wang
Shopping
Nordstrom Tackles Resale — & The Curated Collection Is Next-Level
Today, the go-to department store for Topshop, Brandy Melville, and Eloquii announced the opening of “See You Tomorrow,” a curated resale shop that giv
by Eliza Huber
Discover
R29 Stories & News
Watch
R29 Original Series & Films
Shop
R29's Most Wanted