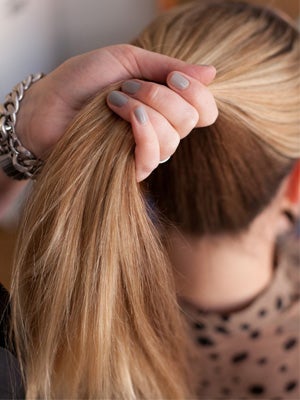 Well, this is a hairy situation. Not-for-profit organization Locks of Love (LoL) is under fire as Nonprofit Investor (NPI) reports that the charity has over $6 million worth of donations that are presently unaccounted for, based on information reported by Locks of Love staffers.
Locks of Love collects hair from donors, then turns the hair into wigs for children with alopecia. But, according to NPI, the numbers don't add up. NPI is calling for the charity to publicly disclose the amount of donations it receives each year, along with information on exactly how each donation is used. To give people an idea of its findings, NPI has created a 10-page report (and, for a bite-size tastes, an infographic) that illustrates the numbers behind LoL's current operations.
We'll see how this situation develops, especially if NPI's Reddit chat takes off. In the meantime, we can all take a lesson from NPI's advice to the public: Investigate the operations of any charity before donating, to ensure that our valuable resources — money, time, or yes, hair — are truly going toward making a difference for those in need. (Nonprofit Investor)

Unbothered
The Hair Porosity Test Changed The Way I Treat My Natural Hair
I’m in the bathroom and it is wash day. I’ve just finished a marathon event of washing and detangling my ‘fro before I take a stray clean strand of h
by L'Oréal Blackett
Beauty
This Scalp Serum Combats Hair Loss — & It’s Influencer-Approved
When Dallas-based lifestyle influencer/blogger Dani Austin Ramirez started experiencing hair loss, she not only adjusted her beauty routine to alleviate tr
by Jinnie Lee
Unbothered
In The Battle Of The Braiders, African Aunties Will Always Win
It’s 23 degrees celsius on a late Saturday afternoon in Peckham, south-east London, and I’m squeezing my way through a dense crowd of people on Rye Lan
by Yolanthe Fawehinmi
Advertisement
Unbothered
Leave Blue Ivy’s Hair Alone
On Monday night (June 13), during Game 5 of the 2022 NBA Finals, the Golden State Warriors beat the Boston Celtics 104 to 94. But it appears many people’
by Wisdom Iheanyichukwu
Beauty
‘Hair Frosting’ Looks As Delicious As It Sounds
Though we’re not far into 2022, salon experts have been busy predicting (and cementing) the haircut, color, and styling trends that are going to
by Jacqueline Kilikita
Beauty
Why So Many Black Women (Including Me) Are Giving Weaves A Second...
Growing up in the 2010s, long before lace front wigs ruled the Black hair world, a sew-in weave — hair extensions perfectly melded to your hair — was t
by Ata-owaji Victor
Beauty
Where You Can Buy The New & Improved Dyson Airwrap
When the Dyson Airwrap first launched back in 2018, it changed everything we thought we knew about hair-styling tools. Four years later, the brand’s
by Karina Hoshikawa
Beauty
13 Hair Colors Trending For Summer
by Jacqueline Kilikita
Most Wanted
Ceremonia’s New Beach Waves Salt Spray Is The Answer To Our...
Your summer just got a lot saltier — in the absolute best way. Ceremonia, the Latinx-owned clean hair-care brand, answered our prayers for non-crunchy be
by Mercedes Viera
Unbothered
Could ‘Hair Autonomy’ Be The Next Big Natural Hair Movement?
The last hairdresser I spoke to left me with a very conflicting message: “It’s time you care much less about your hair,” she said. To clarify, Br
by L'Oréal Blackett
Beauty
I Got “Effortless” Bangs — But I Have A Few Regrets
I needed a new haircut when I strolled into a local salon and asked for face-framing, eye-grazing bangs. I’d been dabbling with the idea for just a f
by Fiona Ward
Most Wanted
A Beauty YouTuber’s 3-Step Routine For Defined & Bouncy Curls
When it comes to curls, YouTuber and content creator Chloe Homan knows how to chat. Known by her online moniker Frizzandfrillzz, Homan has built an online
by Karina Hoshikawa
Advertisement
Advertisement
Discover
R29 Stories & News
Watch
R29 Original Series & Films
Shop
R29's Most Wanted