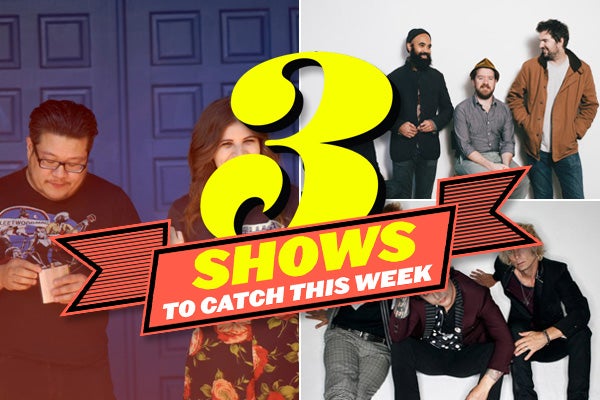 Waxahatchee, Certain Spiders, Modern Hut, Radiator Hospital: 285 Kent, April 3, $10
Katie Crutchfield's music as Waxahatchee is a spare, unrestrained, and brutally honest take on folk. With last year's debut American Weekend and her sophomore follow-up Cerulean Salt, Crutchfield has emerged as one of the most exciting new songwriters in years.

Jessie Ware, MS MR: Music Hall of Williamsburg, April 3, and Webster Hall, April 5, $20
In a double helping of alternative pop awesomeness, British singer Jessie Ware and New York duo MS MR are playing shows this week at the Music Hall of WIlliamsburg and Webster Hall. Ware has already become quite the star for her R&B-inflected grooves, while MS MR is primed for similar success with an upcoming full-lengh and fantastic early singles "Hurricane" and "Bones."

Yeah Yeah Yeahs: Webster Hall, April 7, $30
With a new album imminent, New York's own Yeah Yeah Yeahs is playing its first big show in ages to celebrate. For those that have seen Karen O, Brian Chase, and Nick Zinner live, you already know this is a can't-miss type of show. Expect songs from the soon-to-be-released Mosquito, as well as old favorites. Here's hoping for "Art Star."

Photos: Via The Bowery Presents