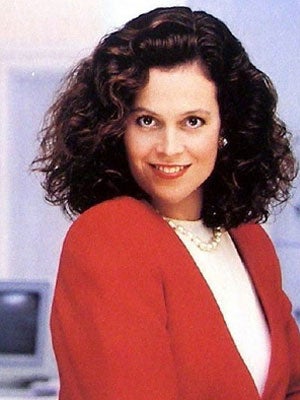 The next time any man claims that men are better at handling money than women are, look him right in the eye, scoff a little, and lay down this fact: Females are outperforming men in business. (Oh, and probably never speak to that guy again, too.) A new report by business and financial consulting firm Rothstein Kass states that female hedge fund managers are more profitable than their male counterparts. The "old boys club" is slowly but surely feeling the rattle of the increasing female power. Rothstein Kass reports that, during the third quarter of 2012, women brought in a 8.95-percent return on investment over the median average of 2.69-percent in the overall financial reports. This basically means that companies with women at the helm brought in more money after taxes, and therefore reeled in more profit for their company. You go, girls.
Women, however, make up less than 20-percent of the hedge fund CEO population. For one thing, a glass ceiling still exists in the financial world blocking many women from rising to the positions needed to get them into the CEO office. Less female CEOs means less female CEO success stories, and as such, there is a lack of motivation to break said ceiling. Women, according to Rothstein Kass, "[are] more risk adverse, and therefore potentially better able to escape market downturns and volatility.” Basically, we take this as, listen up, boys — the numbers can't lie. Progress may be at a snail's pace, but girl power is creeping up on the male dominated world. Who (will) run the world? Girls. (Co.Exist)
Image: Courtesy of 20th Century Fox
Living
How To Find Out What Causes A Company Supports Before You Shop
The question of how to buy ethically has become more pressing in 2020 than ever before. It’s true that at the start of coronavirus quarantine, we struggl
by Whizy Kim
Living
An Update Regarding Our Money Diaries Community
In early June, we paused Money Diaries to make room for urgent conversations about race, and our responsibility in addressing the anti-Black systems in our
by Refinery29
Coronavirus
Unemployment Reportedly Fell To 11.1% In June — But There’s...
Every Thursday, the Bureau of Labor Statistics publishes a weekly report on unemployment — and since the beginning of the coronavirus pandemic, we’ve b
by Whizy Kim
Work & Money
Tax Day Is Coming Up — What To Know If You Need To File An Extension
When the U.S. Treasury announced an extension of the federal tax deadline back in mid-March, the new date — July 15th — felt like a lifetime away. 2020
by Whizy Kim
Work & Money
9 Free (Or Cheap) Ways To Do Your Taxes Online
by Ludmila Leiva
Work & Money
This Is What Happens When “Diverse” Companies Are Run...
With Black Lives Matter protests ongoing across the country, many workplaces have been renewing their commitment to diversity and inclusion — and saying
by Whizy Kim
Coronavirus
American Express Is Giving Us $50 To Spend On Small Businesses
One positive change that’s happened during coronavirus lockdowns is that many of us have been making a greater effort to shop small and local. While lar
by Whizy Kim
Work & Money
COVID-19 Relief Measures Are Ending — Here Are The Dates You Need...
Are you looking forward to the COVID-19 pandemic finally leaving us alone? While the numbers show that isn’t the case — yesterday, the U.S. saw more co
by Whizy Kim
Living
How To Make Strategic & Impactful Donations, According To A Perso...
Over the last month, our social media feeds have been full of actionable information on ways to aid the Black Lives Matter movement. Posts include facts ab
by Olivia Harrison
College
College Students Want To See Tuition Discounts For Virtual Classes
Class of 2020 will not — and did not — have it easy. To wrap up senior year of high school and apply for college while only being able to access tests
by Michelle Santiago...
Work & Money
Why Keeping Politics Outside Of Work Is Outdated
Most career experts would advise against talking about politics at work. The thinking is that, at best, you risk being labeled “unprofessional,” and, a
by Whizy Kim
Work & Money
One-Third Of Jobs Lost During Coronavirus May Never Come Back
Since non-essential businesses closed due to COVID-19 and unemployment claims skyrocketed (more than 40 million people have filed since mid-March), we’ve
by Whizy Kim
Discover
R29 Stories & News
Watch
R29 Original Series & Films
Shop
R29's Most Wanted