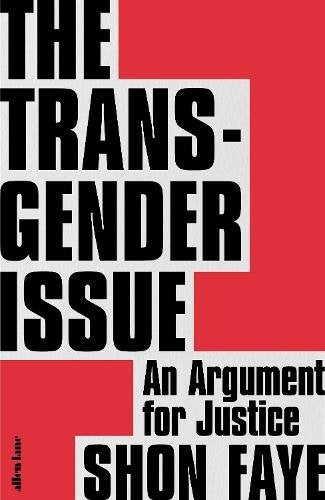 Penguin Books
The Transgender Issue - Shon Faye
£18.60£20.00
Bookshop
The Transgender Issue: An Argument for Justice by Shon Faye is out on Penguin Books on September 2
Work & Money
How To Make Work Not Suck
Carina Maggar is a creative copywriter who has worked for brands such as ASOS, YouTube, Pepsi, Channel 4 and more, and is the author of nonfiction book Ho
by Carina Maggar
Books & Art
My Tinder Boys: A Photographer Flips The Gaze On Her Dating App M...
When Chinese photographer Yushi Li moved to the UK in the mid-2010s to study, she signed up for Tinder to meet some new people. Dating had been different f
by Joanna Cresswell
Books & Art
R29 Reads: The Books We’re Picking Up This May
by Alicia Lansom
Advertisement
Unbothered
Why Kai Harris Fought To Write A Story About Black Girlhood In
When Kai Harris was writing What The Fireflies Knew, it was important to her to tell a story about Black girlhood. “I have always enjoyed reading about B
by Stephanie Long
Photography
These Tender Photos Capture Queer Culture In America’s Deep...
by Joanna Cresswell
Books & Art
8 Tips For Overcoming Shyness At Work
Nadia Finer is a podcaster, mindset coach and author of nonfiction book Shy and Mighty. The below is an excerpt from her book about struggling with shyness
by Nadia Finer
Books & Art
R29 Reads: The Books We’re Picking Up This April
by Alicia Lansom
Books & Art
How Swimming Became The Only Place Where I Can Drown My Obsessive...
Marianne Eloise is a freelance writer, journalist and author of nonfiction book Obsessive, Intrusive, Magical Thinking. The below is an excerpt from the bo
by Marianne Eloise
Books & Art
In Publishing, Green Is The New Pink
There’s a random line from season three of Gilmore Girls (bear with me) that’s been floating around my head in recent months: “Green is the new p
by Sadhbh O'Sullivan
Books & Art
We Just Found The Solution To Your Reading Slump
For many of us, the ability to read completely dried up during the pandemic. The news took up all of our headspace, TikTok’s three-minute videos messed w
by Esther Newman
Books & Art
These Elegant Photos Of Dual Heritage Show Why Representation Mat...
Anjuli Selvadurai was born in Auckland, New Zealand. Her mother had relocated there from the UK in the 1970s and her father was born and raised in Kuala Lu
by Joanna Cresswell
Books & Art
R29 Reads: The Books We’re Picking Up This March
by Alicia Lansom
Advertisement
Advertisement