Skip navigation!
Story from Food & Drink
Photo by Victoria Coulter.
This summer’s fervent interest in orange wine is no doubt linked to the growing popularity of ‘natural’ wines. Where we have previously looked to the palest rosés to lubricate the summer, it seems our tastes are shifting.
Some may read this orange wine moment as the final nail in the coffin for millennial pink (which I’ve heard has been replaced with millennial peach) so it's possible the switch is aesthetically motivated. It could also have something to do with the fact that most widely available rosé is mass-produced, can be quite sweet and, by some unjust snobbery, is viewed as not particularly sophisticated. This is unfortunate because there are some very good rosé wines if you look hard enough. That said, it can be tricky to find pink wines that are made using natural principles so as far as something between a white and a red goes, orange fits the bill.
Advertisement
Orange wine is, in simple terms, white wine that has been made with the added step of leaving the grape juice to rest on the grape skins. How long the juice stays ‘on skins’ is a determinant factor in the wine's end result. The winemaker's intention is to add complexity, body, depth and of course, colour. In this middle ground you can also unlock alluring fleshy, honeyed stone fruit flavours as well as herbaceous spicy and sour notes.
Additional principles found in orange winemaking are the employment of natural or biodynamic practices in the vineyard and traditional methods such as fermenting wine in conical terracotta pots – or amphorae – just as the ancient Greeks and Romans did. Way before we had commercial yeasts, stabilisers and a knowledge of sulphites, this amphora method allowed wines to ferment spontaneously, leaving nature alone to regulate the process.
I find a calmness in this visualisation of skins macerating in wine, a mingling of fibres. I see myself, sitting in the bath until my fingers get wrinkly and the water is cool but not cold. It’s peaceful. Unhurried. The reality, of course, is that making wine of any kind is never entirely hands-free. It requires skill, nowhere more so than here, where the line between ‘interesting wine’ and ‘vinegar’ is so tentative. The finesse of skin contact wines comes when a winemaker knows how much skin contact is enough.
When shopping for orange wine, it's good to have an idea of how 'orange' you want your wine to be. That may seem silly but the longer the wine rests, the more colour it will take on, along with the characteristics of the grape skins and stalks. Think of it in the same way you would loose leaf tea.
Advertisement
As a general rule, more time on skins will result in a more complex wine with a bit more grip and a tendency towards oxidative properties that may remind you of a sherry, say, or a cider. When drinking wine with a meal, there’s room for a bottle that brings something extra to the table – more acid to cut through fatty foods or dairy, or something higher in aroma which can lift softer dishes like summer salads and cooked vegetables. These will be deeper in colour.
If you are drinking orange wine without food, or with snacks, it’s likely you don’t want anything too tannic, so something with a light skin contact will suit best – some of these have just a few days on skins and are hard to differentiate from whites. If you already have a favourite white grape, look for that and see where it takes you.
Thankfully, there is a movement to remove the word ‘funky’ from popular wine vocabulary. Funky is the ‘meh’ of wine – it doesn’t necessarily mean anything at all. It’s over. Funky, when applied to wine, can describe flavours that are exciting, complex and intriguing but can also be used to justify wines that are badly made: loosely structured, vinegary, insipid. Avoid blanket terms and look for tasting notes that evoke something in you. Look at where the wine is made: Slovenia and Georgia have a long history with these terracotta-jacuzzi wines so you can probably bet wines from there are made in the traditional style, but there are excellent varieties from all over Europe which may be better suited to your palate. Sediment is a good thing: it will usually indicate a wine that has not been filtered or fined and will therefore have a bit of the earthy goodness otherwise known as flavour in there.
Advertisement
Orange wine comes in many hues and goes by many names. The term 'skin contact' feels pertinent these days, when the amber glow of the sun embalms us from early morning into the late hours of the day, as we start to meet friends for what still feel like illicit picnics, demonstratively spreading out blankets and passing cups of wine at arm's length. Skin contact is what we miss. It sounds nice. It feels nice. It tastes nice. I look forward to the time when I am finally allowed to be with all my friends at once. We will crack open bottles of the much Instagrammed Valentina Passalacqua’s light, bright Calcarius nu Litr to celebrate.
Calcarius Nu Litr, Puglia, £23, available at Forest Wines.
Until then, here are my go-tos.

The best orange wine under £15

Some of the most accessible orange wines, in both price and taste, come from Italy. Multiple regions in the country successfully produce skin contact wines, from the cooler northern climates (check out Ageno ‘La Stoppa’, for example) to the rich, full-bodied wines of the south.
Ciello Baglio Antico Orange Wine 2019, Sicily, Italy, £14.50, available at Monty Wines.

Many of the most robust orange wines come from parts of the world that have always made their wines in this way. Georgia’s growing hospitality scene celebrates both its traditional past and the future of developing cities like Tbilisi, which have seen increased interest from European tourists. (My friend and cult cake-maker Lily Vanilli even has a bakery there.) In 2013 UNESCO designated traditional amphorae – locally known as qvevri – winemaking part of Georgian cultural heritage. From here, try Pheasant’s Tears by John Wurdeman, it’s packed with deep honeyed stone fruit and spice.
Advertisement
Pheasant's Tears Buera-Grdzelmtevana Orange Wine, £21, available at Low Intervention.

The best orange wine for the 'gram

Arguably the most widely Instagrammed bottle is Serragghia Bianco, £69, from Italian winemaker Gabrio Bini, a former architect who knows the power of good design and even better wine. It’s 'the one with a big arrow' – you’ll know it when you see it. A personal favourite, though, is the Radikon Slatnik. The Radikon family is a leader in natural wine made on the border of Italy and Slovenia and its distinctive custom bottle with its long, narrow neck and simple, colour-block graphics is as iconic as the wine itself.
Radikon Slatnik Orange Wine, £36, available at Buon Vino.
shop 4 products 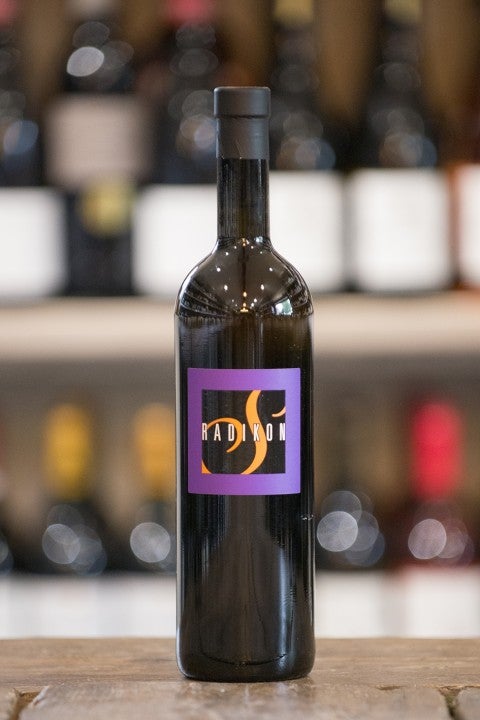 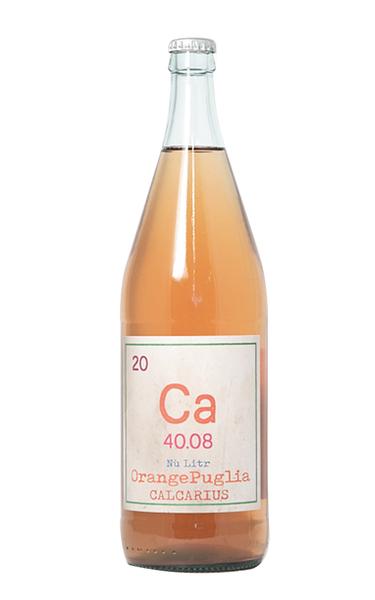 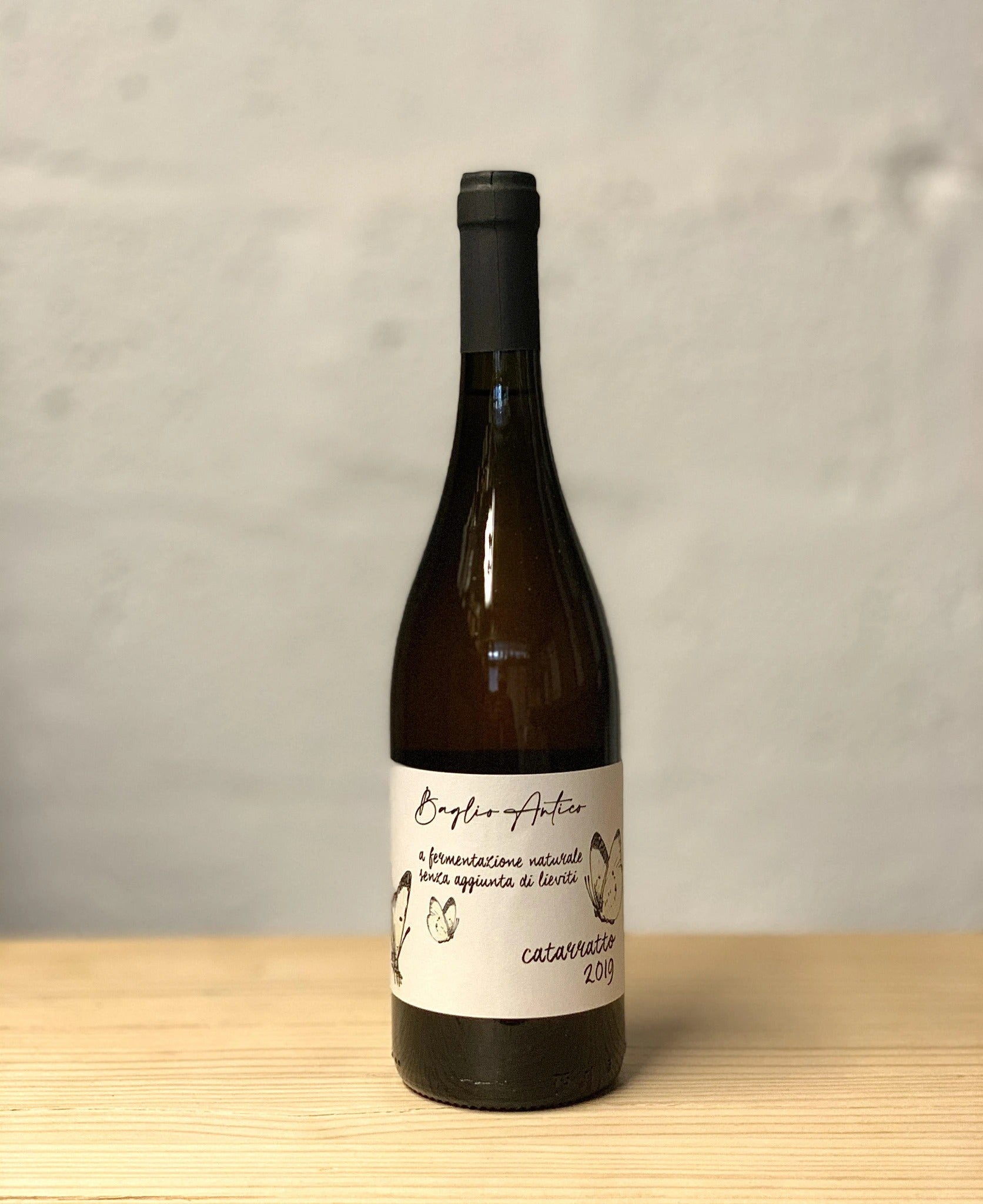 Pheasant's Tears Orange Wine
£21.00
Low Intervention
Food & Drinks
The Best Brunch Spots To Try In Every Part Of London
by
Alcohol & Culture
How Instagram Made Wine An Aspirational Lifestyle Choice
Introducing Fancy Another? – a weeklong exploration of what young women’s drinking culture in the UK looks like in 2022, with zero percent judgem
by Sadhbh O'Sullivan
Living
Shortbread Wreaths & Perfect Pippies: 3 MasterChef Stars S...
by Alicia Vrajlal
Advertisement
Deals
The Always Pan Just Dropped To £85 (& Is Selling Out Fast)
Super Sale Alert: Score the Always Pan for only £85 for a limited time only! No promo code required. Unlike other popular cookware brands, the Always Pan
by Alexandra Polk
Most Wanted
27 Oddly Specific Advent Calendars You’ll Want This Christm...
by Sadhbh O'Sullivan
Food & Drinks
6 Seasonal Dinner Recipes To Warm You In The Cold Seasons
by Sadhbh O'Sullivan
Wellness
You’ve Been Lied To About How Much Water You Need To Drink
If you were to ask a room of people how much water you should drink in a day, you’d be hard pressed to find someone who doesn’t know the adage
by Sadhbh O'Sullivan
Second Gen
What My Immigrant Parents’ London Restaurant Means To Me
From Cypriot şeftali kebab on Green Lanes to Pakistani nihari in Norbury, London’s immigrant-run restaurants cement its reputation as one of the best ci
by Diya Mukherjee
Food & Drinks
What’s The Difference Between A Dip, A Sauce, & A Condiment...
Go to any burger joint or sandwich stand and you’ll find a collection of bottles, often corralled onto a tray, usually including tomato sauce, mustar
by Michelle Santiago...
Food & Drinks
The Best Wine For Your Star Sign, According To The Experts
We may love our wine, but to say that we get a little lost in the decision-making process when trying to choose just one would be an understatement. From y
by Pema Bakshi
Food & Drinks
London’s 24 Most Instagrammed Restaurants
by Erin Donnelly
Books & Art
Cookbook Authors Share The Autumn Ingredients They Always Have On...
by Olivia Harrison
Advertisement
Advertisement