Skip navigation!
Story from Style
From the looks of it, H&M has been busy in quarantine. In August, the Swedish fashion brand announced a collaboration with Beirut-based designer Sandra Mansour, followed by a sustainable partnership with Italian fashion house Giuliva Heritage and a autumn fashion collection made using organic and recycled materials. On Thursday, came the big finale: H&M AW20 Studio collection. If you aren’t familiar, H&M releases two Studio collections a year — one in the autumn and another in the spring — each of which includes the brand’s most quality and fashion-forward offerings of the season. And despite their busy schedule, no boxes were left unchecked for this latest release.
Advertisement
Photo Courtesy of Hu0026M.
Shop This 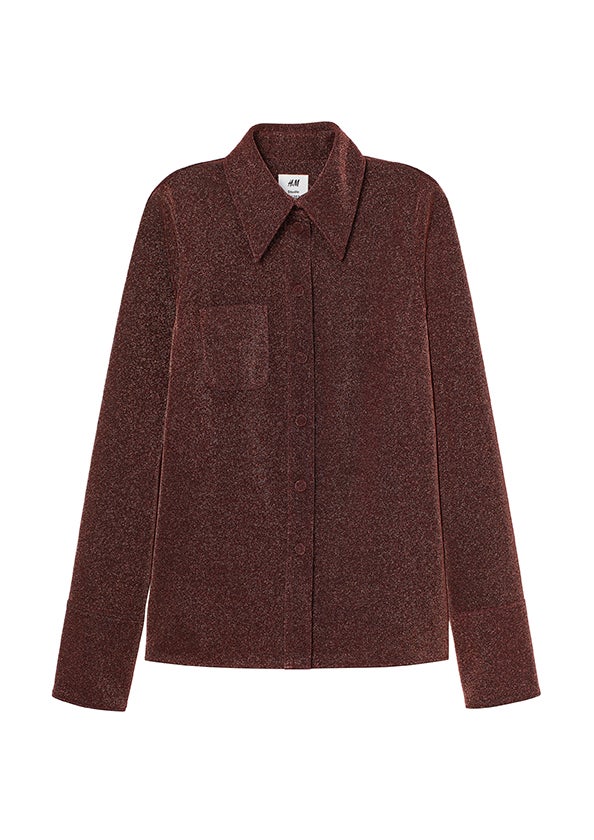 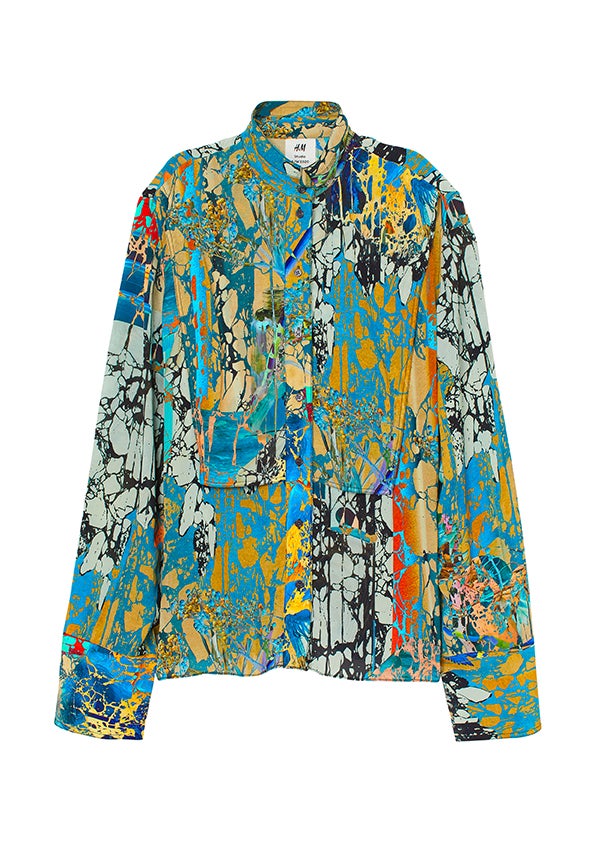 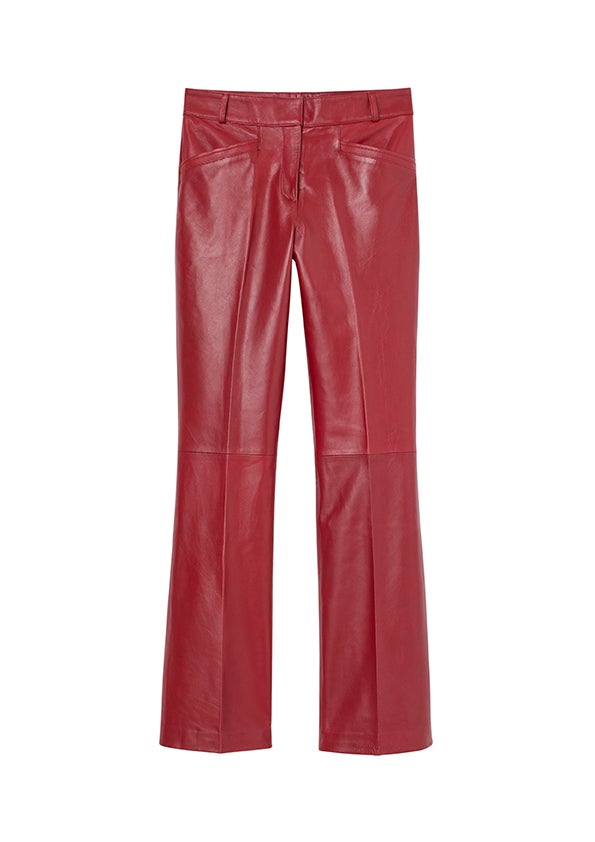 H&M Studio
Leather Pants
$249.00
For the autumn Studio collection, Linda Wikell, H&M Studio’s Concept Designer, had two muses in mind: ‘80s superstar David Bowie and 19th-century British writer Violet Paget. Together, their influences brought forth “The Refined Rebel,” a fictional H&M shopper “whose style is as daring as their attitude,” the press release states. “[David Bowie’s] Rebel, Rebel track was on repeat in the studio and we wanted to capture his fearlessness and his gender-bending style in this collection,” Wikell tells Refinery29. “Violet Paget, too. Her style was polished and slick but she was a total rebel — wearing menswear in the 19th century! Both are beacons of self-expression and we loved their rebellious energy, as well as their style.”
The collection features a combination of tailored suiting with signature styles from glam and punk. Oversized blazers with cut-off sleeves, red leather pants, a sequin sweater vest, and a glimmering ‘70s-esque two-piece set are all included in the 44-piece selection, which also houses knee-high go-go boots, a multicolored Florentine silk scarf, and a pair of moss-green padded sandals.
Photo Courtesy of Hu0026M.
Shop This 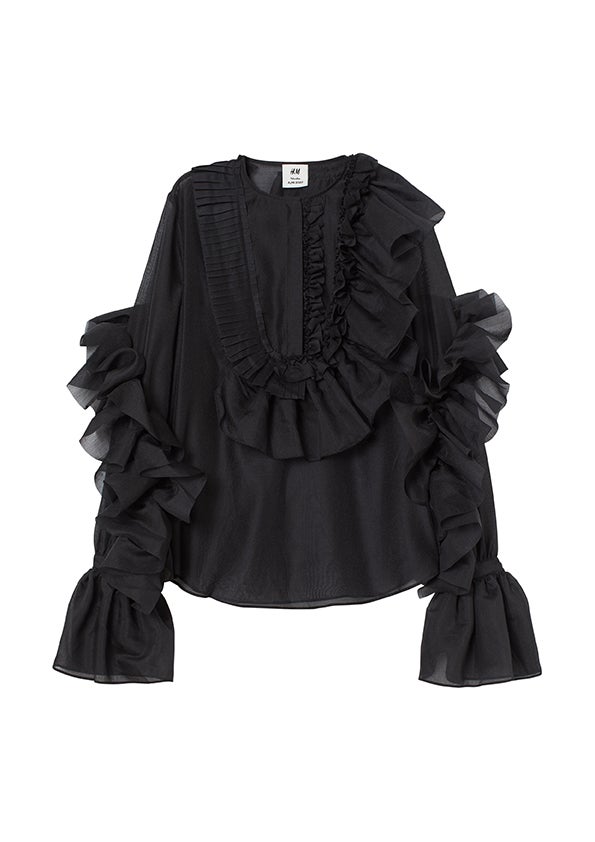 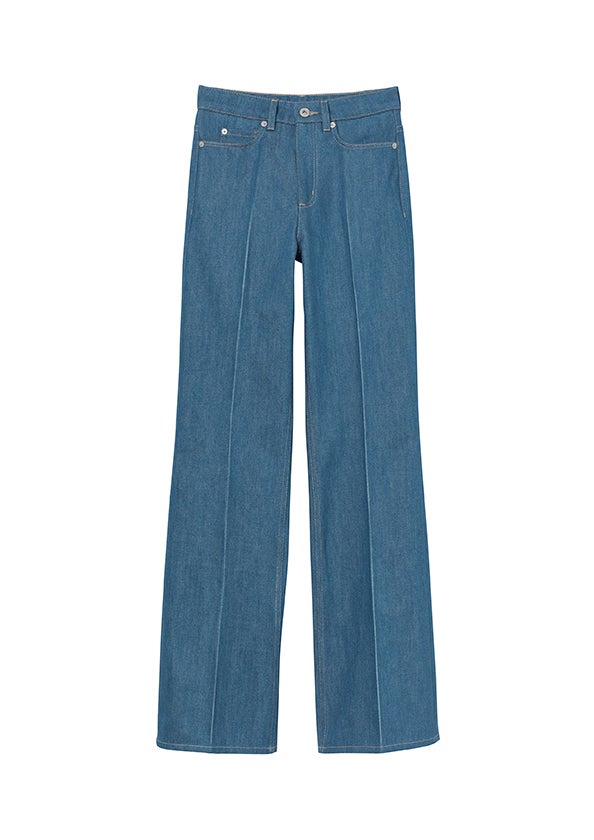 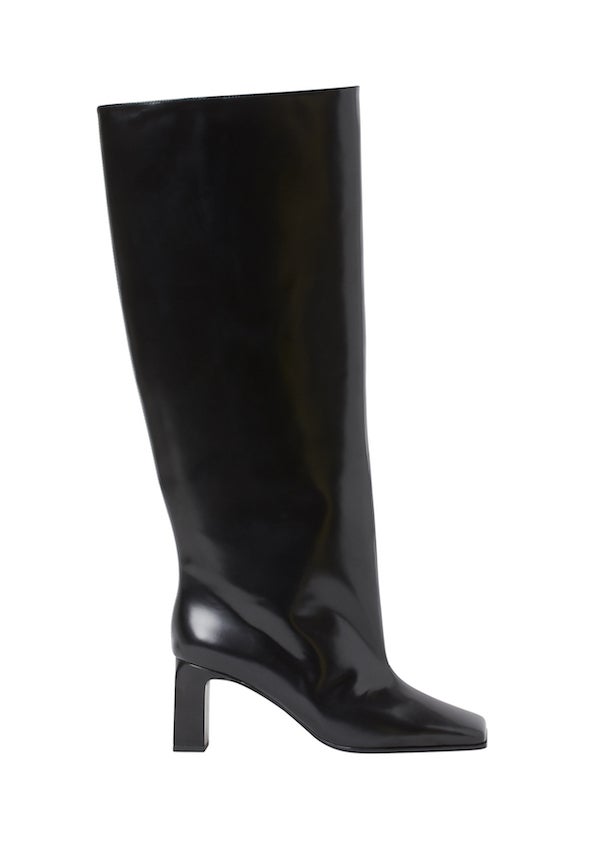 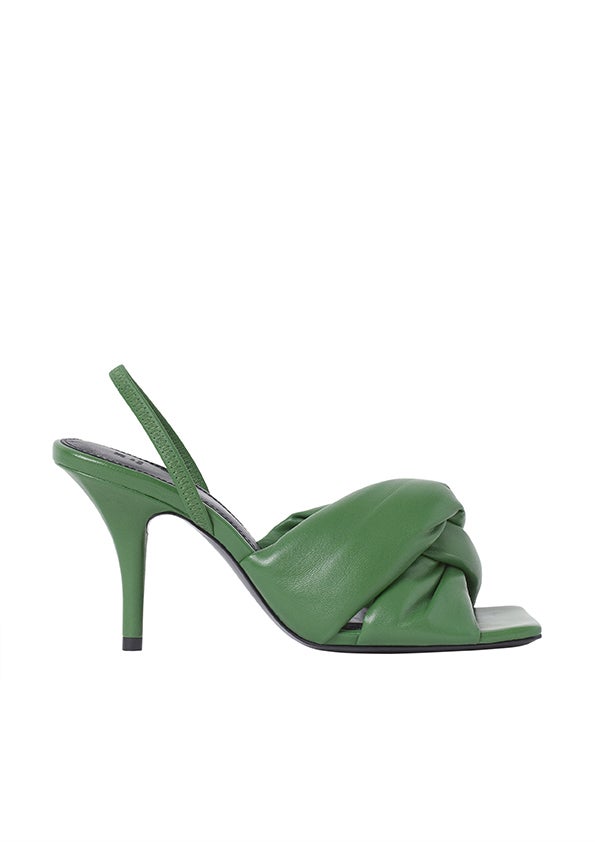 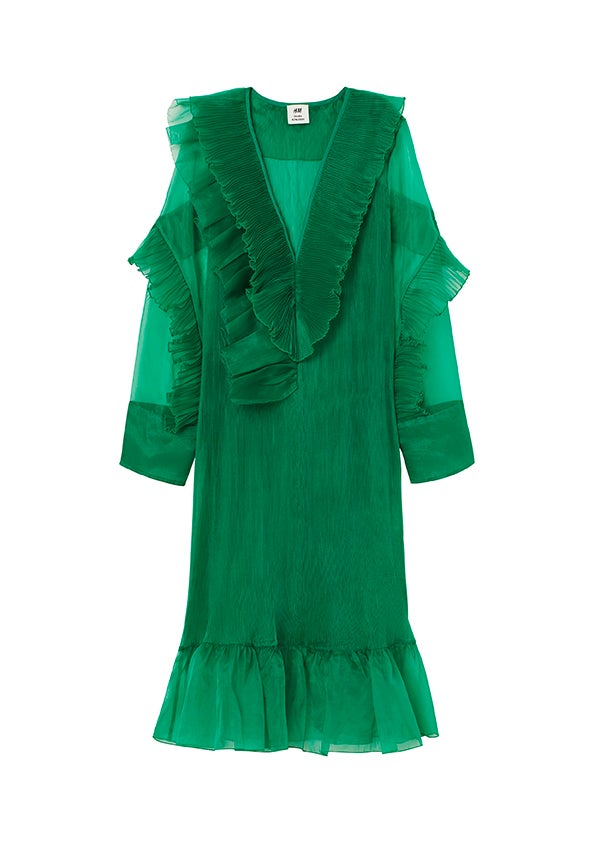 H&M Studio
Pleated Organza Dress
$119.00
According to Wikell, the autumn Studio collection was already under way when lockdown started. “Luckily for us, the fabrics — recycled Italian wools, Italian leather, organic cottons — we’d chosen for this collection were unaffected,” she says. Her team’s biggest challenge, though, came after the collection was complete. “The Studio campaign had to be styled and shot remotely, which was a completely new format for us,” she says. “But it worked perfectly. Our collection is about self-expression and identity so it was fitting to have our talents (who were all over the world) create their own image and looks.”
Advertisement
For the campaign, H&M gave the reins over to Euphoria actress and model Barbie Ferreira; Berlin-based fashion editor Veronika Heilbrunner; British-Jamaican soul singer Celeste; American fashion model Alton Mason; French visual artists and couple, the Young Emperors; and Mia Kong, Dazed China’s Style Director, by allowing them to style and shoot pieces in whatever way they choose.
See the star-studded campaign and shop the collection now at HM.com.
At Refinery29, we’re here to help you navigate this overwhelming world of stuff. All of our market picks are independently selected and curated by the editorial team. If you buy something we link to on our site, Refinery29 may earn commission.
Fashion
25 Shearling Jackets That’ll Keep You Nice & Toasty This Wi...
by Georgia Murray
Fashion
The Best Ways To Shop Sustainable Knitwear
by Alicia Lansom
Fashion
25 Autumn-Friendly Coats You Can Get For Under £150
by Alicia Lansom
Style
Ganni Launched A Cosy — & Sustainable — Line Of Loungewear
On Wednesday, Danish cult brand Ganni launched its first-ever loungewear offering, just in time for autumn. The two-part collection, aptly titled Software,
by Eliza Huber
Prime Day
If You Buy ONE Thing On Prime Day, Make It A Deal Off This List
by Elizabeth Buxton
Fashion
Tights Are The Plastic Straws Of Fashion – Here Are 7 Sustainable...
by Lauren Bravo
Fashion
10 Of The Cosiest Jumpers You Can Buy
by Ray Lowe
Style
Logo Tights Are Trending — Here Are 5 Pairs That Are All Over Ins...
On Tuesday, on the final day of Paris Fashion Week, Virginie Viard presented her spring collection for Chanel. For the occasion, attendee Camille Charriere
by Eliza Huber
Fashion
The Best Black Boots: A Definitive Shopping List
by Kara Kia
Fashion
24 Pieces That Prove There’s A Corduroy Look For Everyone T...
by Georgia Murray
Fashion Conscience
The New Generation Of Vintage Traders You’ll Love
How do you solve a problem like fast fashion? Recycling isn’t as simple as it sounds; ‘Made in Britain’ can still mean poverty wages; cotton
by Lauren Bravo
Shopping
Prepare To Be Endeared By The Flawed Look Of Baroque Pearl Jewellery
by Austen Tosone