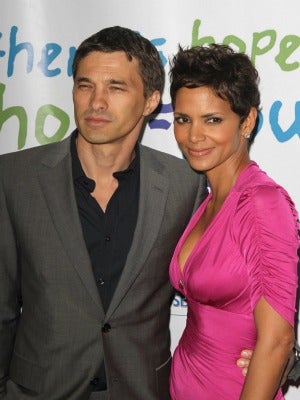 The French have given us so many good things: Chanel, Amelie, Phoenix, Bardot, Cannes... we could go on and on. And now one easy-to-love Frenchie, Olivier Martinez (who we fondly remember from his steamy scenes with Diane Lane in Unfaithful...mmm), is helping to bring a little bit of the South of France to Miami. Halle Berry's beau and two of his buddies, Jean-Philippe Bernard and Michael Martin, have recently announced the opening of Villa Azur next month. A sexy restaurant designed to emulate the look and feel of the Mediterranean's Cote d'Azur, the kitchen, mais oui, will serve the South of France's regional cuisine mixed with an Italian twist. Guests can also expect to be serenaded by a bevy of DJs from around the globe—the idea being the night doesn't end with dinner. Does it ever in Sobe?
Photo: Jim Smeal/BEImages
Advertisement
Food & Drinks
Bring Sustainability To Your Lunch Box With These Highly Rated Re...
by Olivia Harrison
Living
Dolly Parton Started A Viral Meme Challenge — Here Are Our Favorites
by Olivia Harrison
Trader Joe's
A Cool Girl’s Guide To All The Hot Soup Currently Available...
by Michelle Santiago...
Home
We Don’t Need A Holiday To Shop These Home Sales
by Elizabeth Buxton
Travel Diaries
I’m 33 & This Is How Much I Spent On My Solo Trip To Riga, ...
Welcome to Travel Diaries, a Refinery29 series where we tag along as real women embark on trips around the world and track their travel expenses down to th
by You
Living
A Week At A University In Michigan That Costs $3,500 A Month
Welcome to Money Diaries – College Edition, where we’re tackling what might be the last taboo facing modern working women: money. We’re a
by You
Travel
8 Reasons Meghan & Harry (Or Anyone) Should Stay On Vancouver Island
by Olivia Harrison
Work & Money
These 12 Financial Podcasts Are Right On The Money
The beginning of the year is a great time to set some new financial goals. And time is money, so what better way to load up on the best personal finance ad
by Whizy Kim
Shopping
An Effortless Wedding Registry Guide — From A To Z
by Elizabeth Buxton
Weddings
24 Books That Make DIY Wedding Planning Possible
by Angela Tafoya
Food News
Trader Joe’s Just Launched Its Own Version Of The Beyond Bu...
Trader Joe’s deli section just got a lot more futuristic. Imagine a world that relies less on meat to bring joy to cookouts and BBQs. Imagine a summer af
by Michelle Santiago...
Money Diaries
A Week In Thousand Oaks, CA, On A $42,000 Salary
Welcome to Money Diaries, where we’re tackling what might be the last taboo facing modern working women: money. We’re asking women how they spe
by You
Discover
R29 Stories & News
Watch
R29 Original Series & Films
Shop
R29's Most Wanted