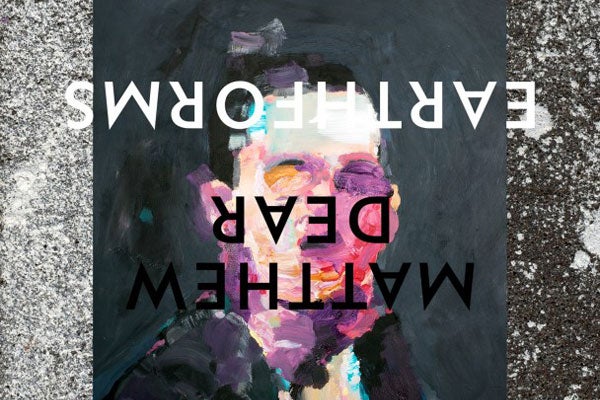 Matthew Dear has always separated his self-titled releases from those under his techno-leaning Audion moniker, and over the years, the two projects have continued to move further and further apart. “Earthforms” may be the logical endpoint to this separation, with Dear removing nearly all trace of electronic flourish from its production. Instead, Dear builds from a new-wave foundation centered around a propulsive bassline. It's a tightly wound, anxious-feeling track that sounds almost utilitarian in its composition. This being Matthew Dear, you could probably still dance to it, but "Earthforms" is better suited to a head nod.

Entertainment
Why Shuri Could (& Should) Become The Next Black Panther
Understandably, Marvel Studios has taken some time to discern the best way to continue the story of Black Panther after Chadwick Boseman’s devastating de
by Lydia Wang
TV Shows
Prepare For Takeoff: Here’s What We Know About The Flig...
This story contain spoilers for season 1 of The Flight Attendant. The Flight Attendant was supposed to be a limited series, but just a day after the show?
by Lydia Wang
TV Shows
Everything We Know About Emily in Paris Season 2
Emily (Lily Collins) won’t be leaving Paris anytime soon. The escapist and irresistible Emily in Paris — which had the internet divided and actual Pari
by Lydia Wang
Movies
The 18 Movies You Have To Watch Before The Golden Globes — & Wher...
by Anne Cohen
Movies
How The United States Vs. Billie Holiday Traces The Lines ...
When you think of Billie Holiday, you might think of her anti-lynching song “Strange Fruit” or another of her classics like “God Bless th
by Lia Beck
Movies
All The Real People Portrayed In Hulu’s Billie Holiday
by Lia Beck
Black History Month 2021
The Roots Of Rock & Roll With Grace Gibson, Founder & Creator of ...
by Grace Gibson
TV Recaps
R29 Recaps: Every Episode From Ginny & Georgia Season 1
Content warning: The following recap contains mild descriptions of self-harm. Ginny & Georgia has more than a few major commonalities with Gilmore Girl
by Jean Bentley
Movies
Let’s Talk About The Most Vulnerable Moment In Billie Eilis...
During the nearly two and a half hours of Billie Eilish’s new documentary, Apple TV+’s Billie Eilish: The World’s A Little Blurry, we learn a lot abo
by Natalie Morin
Movies
Trevante Rhodes Is Still Very Conflicted About Playing Jimmy Flet...
In The United States vs. Billie Holiday, Trevante Rhodes plays the bad guy, the love interest, and the audience surrogate, all at once. The film is about t
by Lia Beck
Pop Culture
Lady Gaga’s Dog Walker Is Shot 4 Times, French Bulldogs Stolen
Update February 26, 2021: Lady Gaga took to Instagram to address the harrowing incident that took place in Los Angeles two days earlier. Her dog walker, Ry
by Natalie Morin
Music
New Music To Know: Dark & Light
As if Fridays weren’t your favorite day already, Refinery29 will also be gathering the best new music out each week, and breaking down why each track des
by Ineye Komonibo
Discover
R29 Stories & News
Watch
R29 Original Series & Films
Shop
R29's Most Wanted