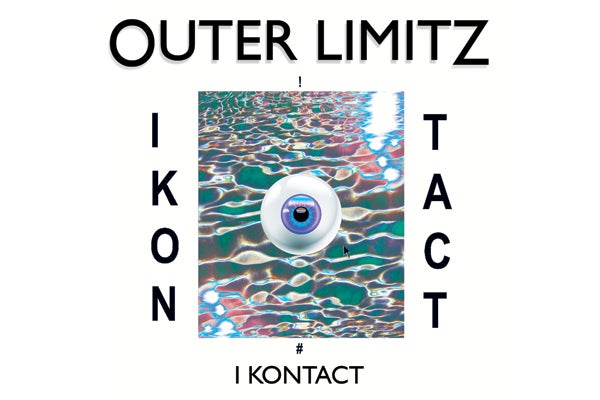 Outer Limitz is the new R&B project from former Test Icicles member Sam Mehran. If that sentence sounds familiar, it’s because Mehran isn’t the only guy from that band to have forgone the punked-up dance of his beginnings in favor of R&B-inspired pop. Yet, while Devonte Hynes, who now records as Blood Orange, chose a sound similar to the ‘80s prom grooves of Twin Shadow, Mehran seems more interested in mixing the choppy beats of new jack swing with a touch of the lo-fi atmosphere of his past solo projects. The resulting “I Kontact” may be yet another entry to a continuously growing group of R&B-inspired indie acts, but one with an especially catchy groove. We can’t wait to hear more.
Advertisement

Pop Culture
Matt James’ Former Roommate Has A Lot To Say About T...
Because Matt James is new to the Bachelor franchise, fans of the show don’t know too much about him beyond the show and what we’ve seen of the
by Ineye Komonibo
TV Shows
Bridgerton Is Getting A Second Season — Here’s Wha...
Lady Whistledown’s got more secrets to spill! Netflix has just announced that Shonda Rhimes’ hit new show Bridgerton will be coming back for a seco
by Anne Cohen
Verified
Now That She’s Stuck In Your Head, Flo Milli Is Just Getting Started
It started with a trailblazing remix in 2019. Now, the powerhouse rapper is plotting her next move.
by Stephanie Long
Riverdale
Wondering Who Riverdale’s Auteur Killer Is? This Is ...
Warning: Spoilers ahead for Riverdale season 5 premiere, “Climax.”  A snuff film rave. A high school jock in a gimp mask. A ghoulish prom interlud
by Ariana Romero
Entertainment
Riverdale’s Time Jump Is Coming — Here’s Wha...
At the center of every Riverdale season is a question. Who killed Jason Blossom? Who is the Black Hood? How did a bunch of suburban teenagers get roped int
by Lydia Wang
TV & Netflix
When You Can Expect Riverdale Season 5 Episodes On Netflix
American fans hoping to watch Riverdale season 5 on Netflix are going to have to wait a while before the episodes hit the streaming site. But, we’re
by Martha Sorren
TV Shows
Everything You Need To Remember From Riverdale Season 4
Usually, new seasons of Riverdale premiere in October, but you might have noticed that the pandemic delayed season 5 for an extra three months. Add that to
by Martha Sorren
Books & Art
Loved Amanda Gorman’s Inaugural Poem? There’s More Where That Cam...
On Inauguration Day, many prepared themselves to fawn over the star-studded lineup of performances, from Lady Gaga’s Broadway rendition of the Nation
by Natalie Morin
Somos Latinx
10 Books By Latinx Authors We Can’t Wait To Read In 2021
by Yara Simón
The Bachelorette
Clare Crawley & Dale Moss’ Whirlwind Bachelorette Ro...
Season 16 of Clare Crawley’s run on The Bachelorette led to the Bachelor alum getting her fairytale ending with fan favorite and low-key season villain D
by Ineye Komonibo
TV Shows
That Voice On The Radio In WandaVision Episode 2, Explained
A mysterious voice is breaking the fourth wall on WandaVision, but sharp-eared fans of the Marvel Cinematic Universe have a pretty good idea who it belongs
by Leah Marilla Thomas
Reality TV
Bling Empire’s Christine Chiu Has Some Real House...
If you watched Bling Empire and thought that one cast member in particular would make a wonderful addition to a different Beverly Hills-based reality show,
by Lia Beck
Discover
R29 Stories & News
Watch
R29 Original Series & Films
Shop
R29's Most Wanted