Skip navigation!
Story from Body
The media tends to depict pregnancy as a miraculous time during which giving up the occasional glass of wine is the worst thing that could happen. And for the most part, it ignores one devastating, but very common, potential aspect of pregnancy: miscarriage. About 10% to 25% of all known pregnancies end in miscarriage, according to the American College of Obstetricians and Gynecologists. But the prevalence of miscarriages doesn't mean that there is space to talk about it. While the internet has certainly given women a place to discuss many aspects of motherhood, oftentimes, there's a taboo around the topic of pregnancy loss. Women who miscarry often feel withdrawn and depressed, or worried that the people around them won't know how to react or what to say. They might even experience problems in their relationships as a result of a miscarriage. Ahead, we've rounded up 14 heartbreaking secrets, shared on the anonymous secret app Whisper, from women who've dealt with miscarriages. The emotions described range from shame to guilt to embarrassment, but all of these secrets showcase the need to open up the conversation about this difficult subject. Just know: If you're struggling through a miscarriage, you're not alone — and there's help out there if you need it.
Advertisement 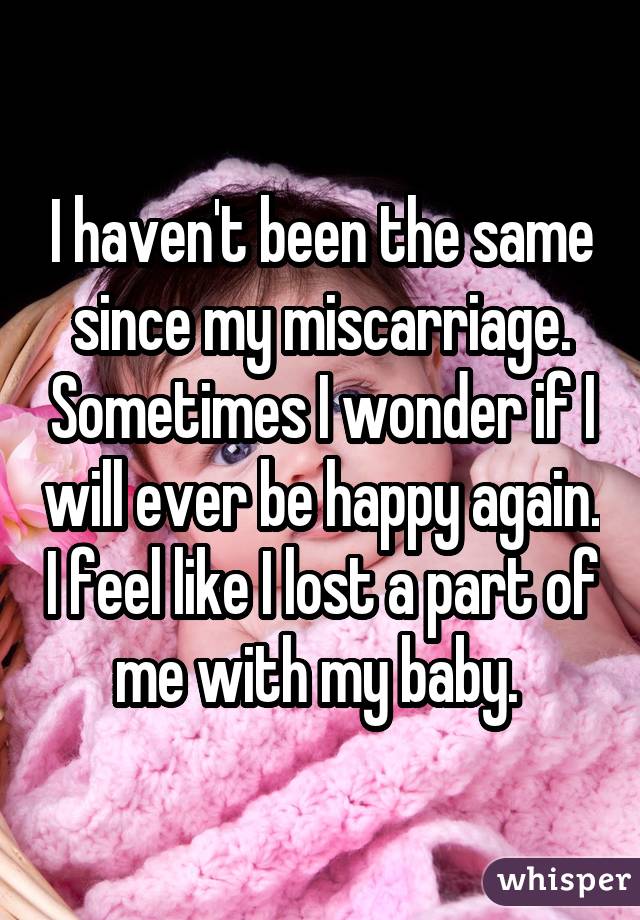 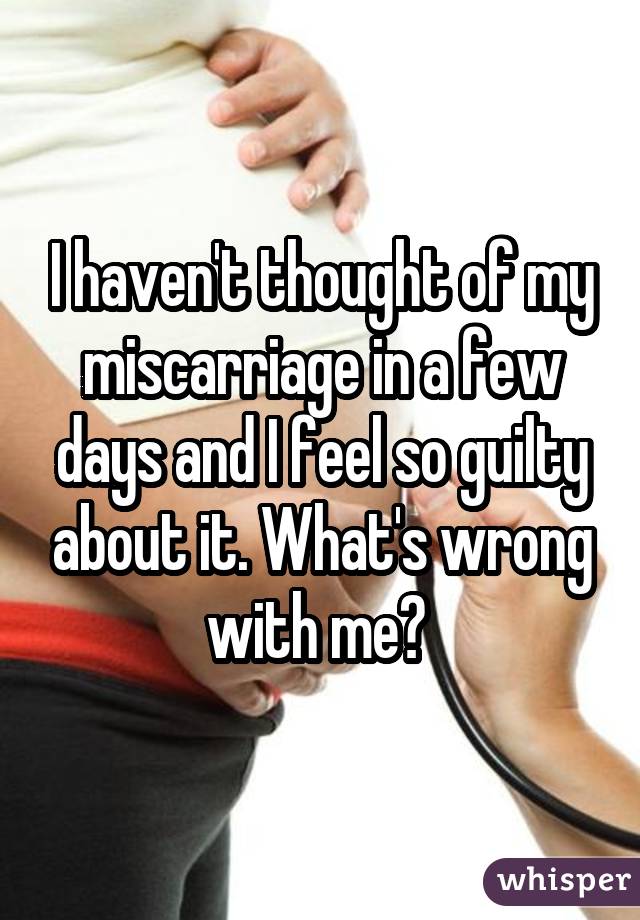 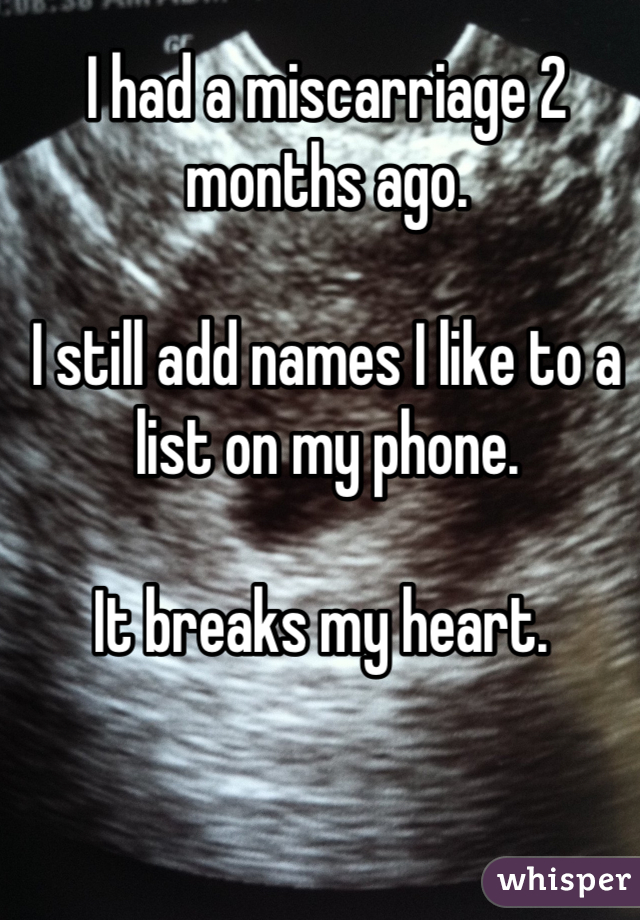 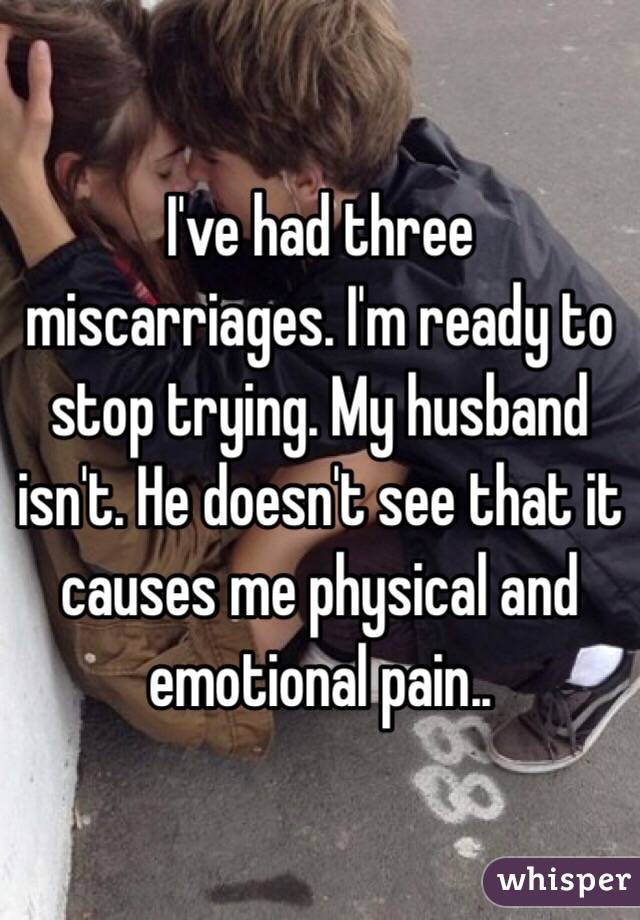 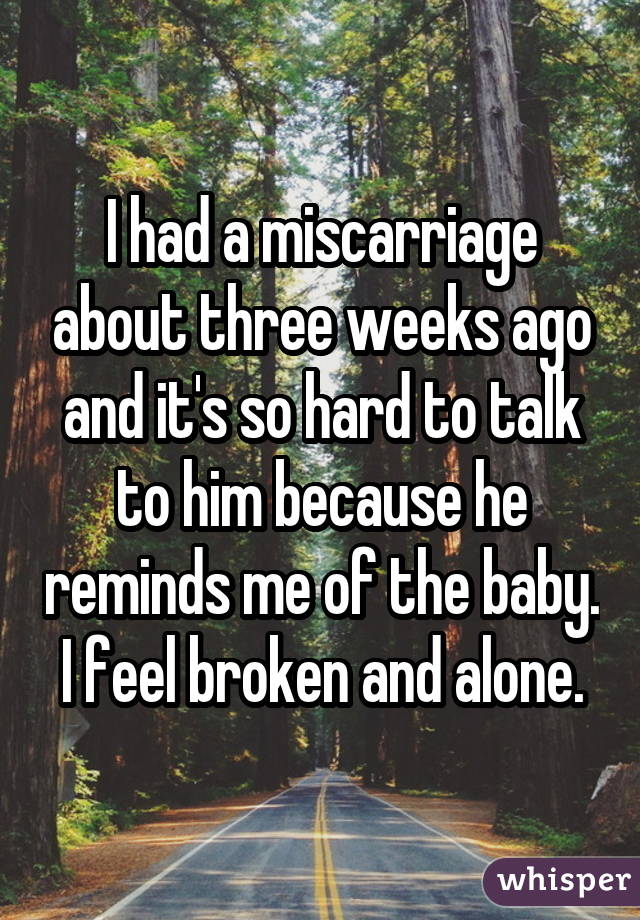 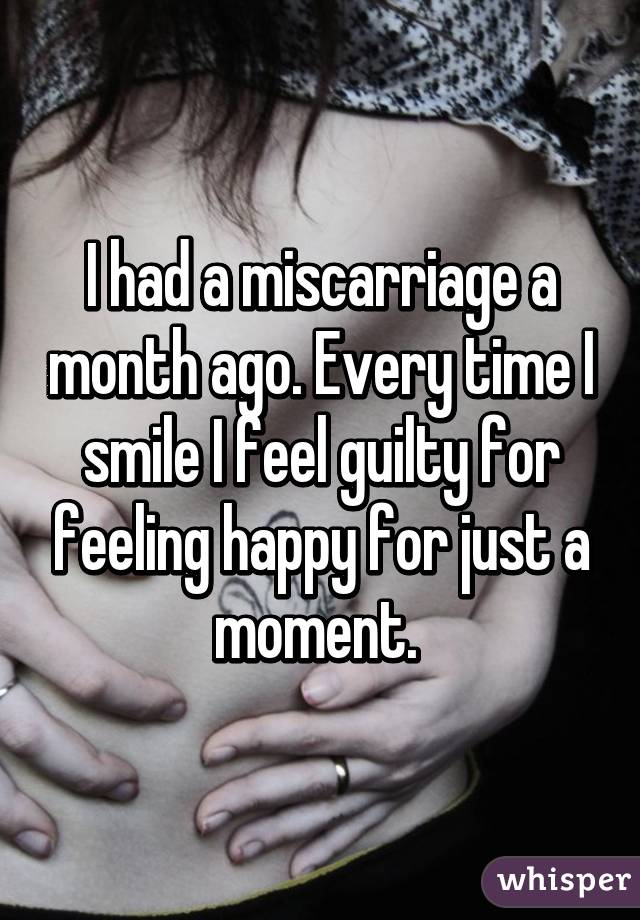 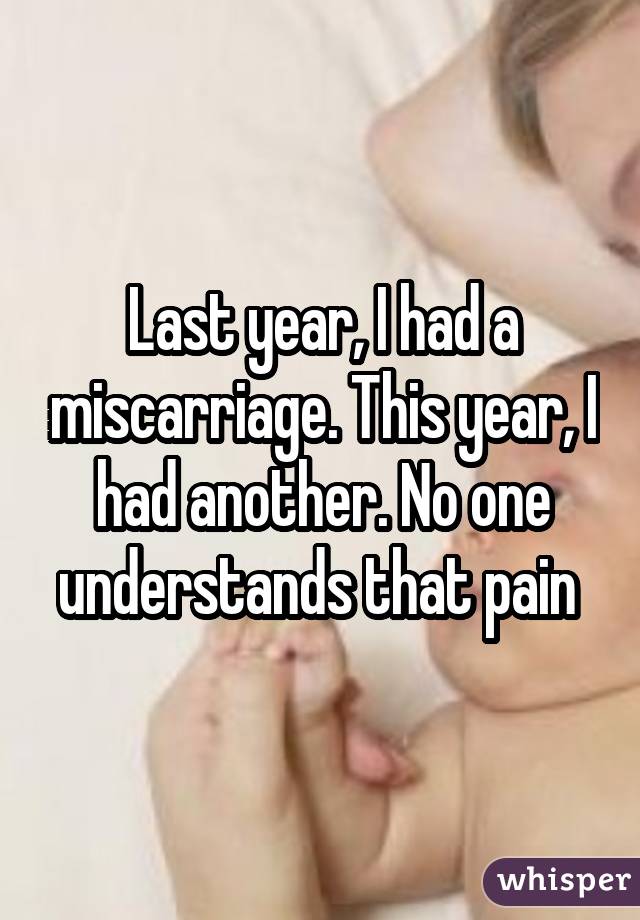 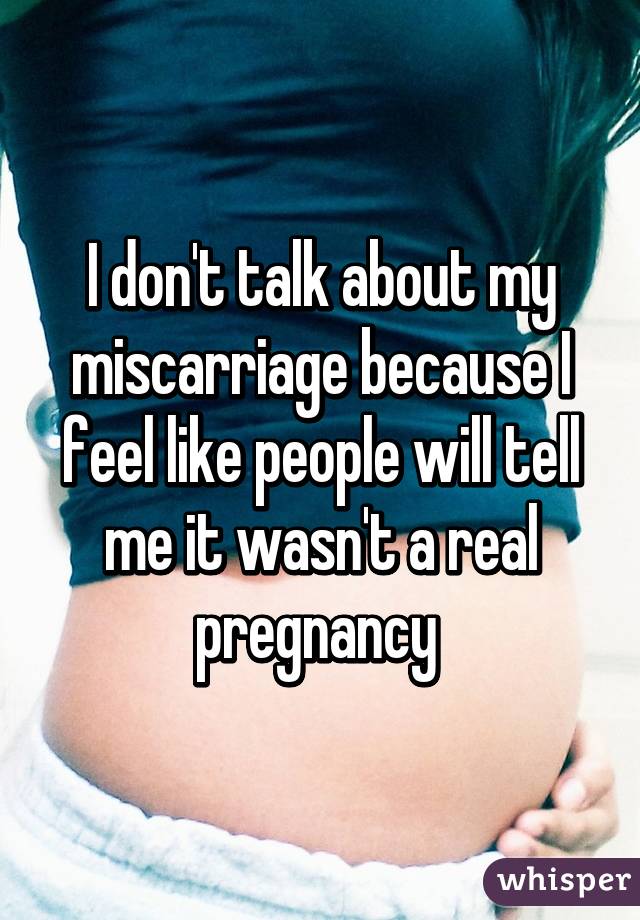 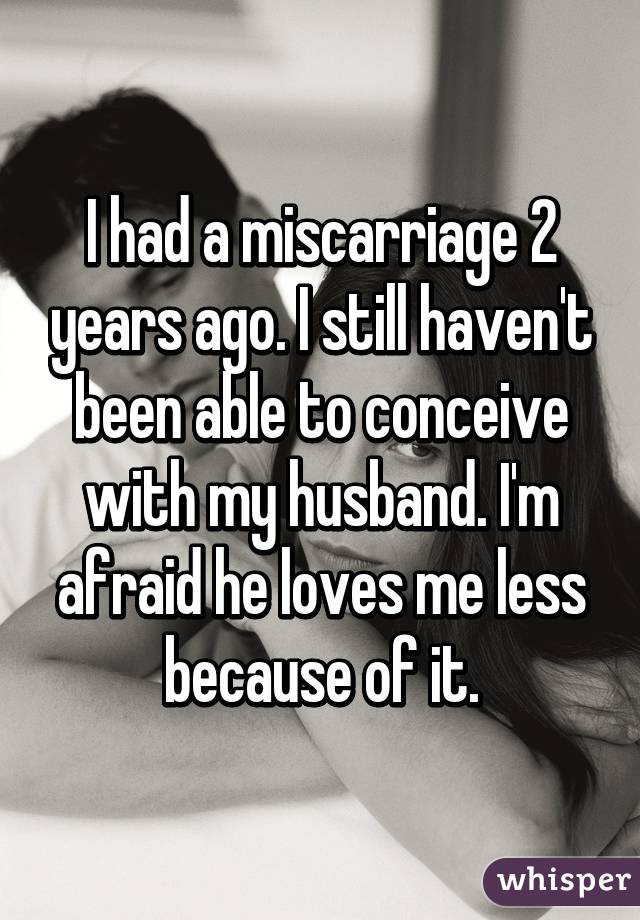 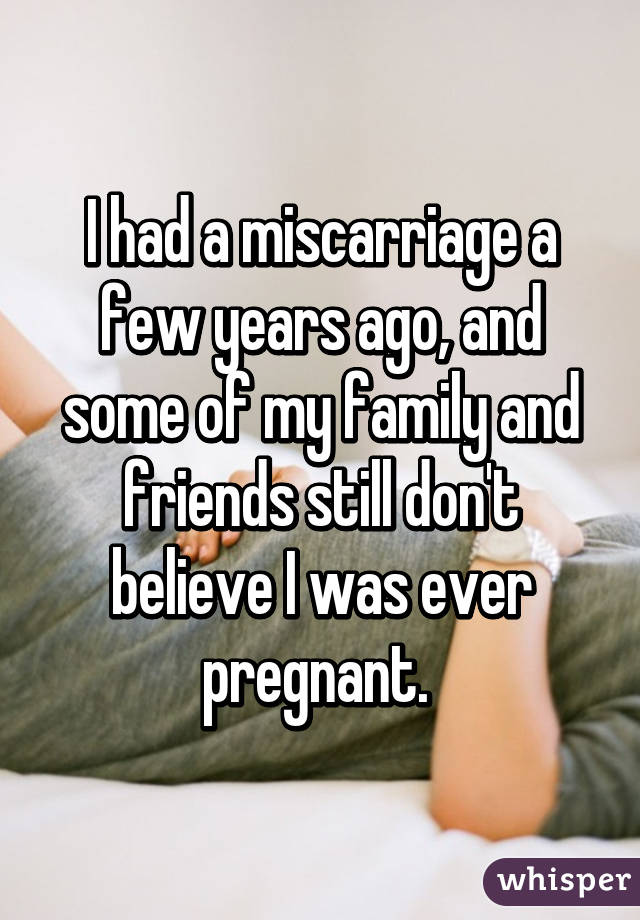 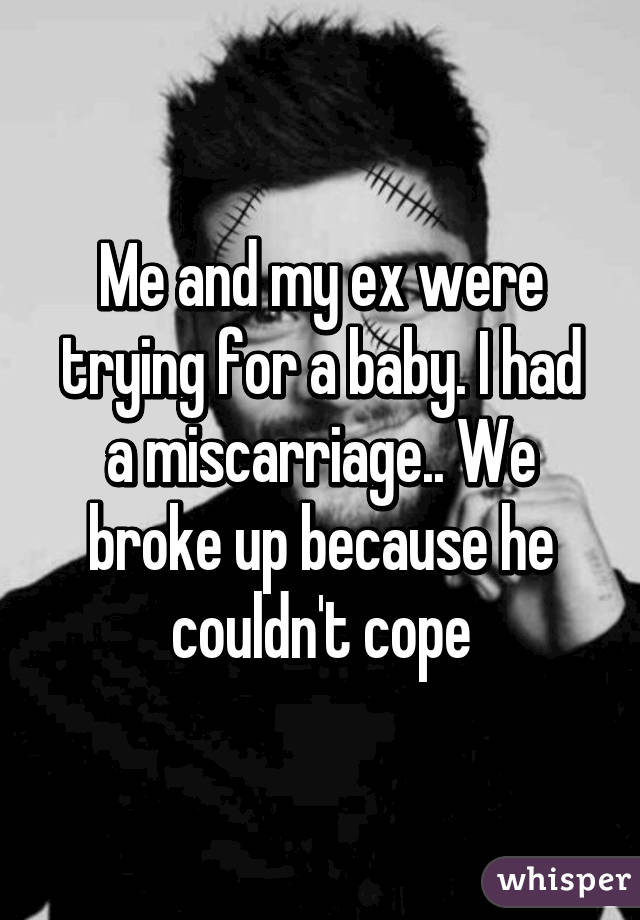 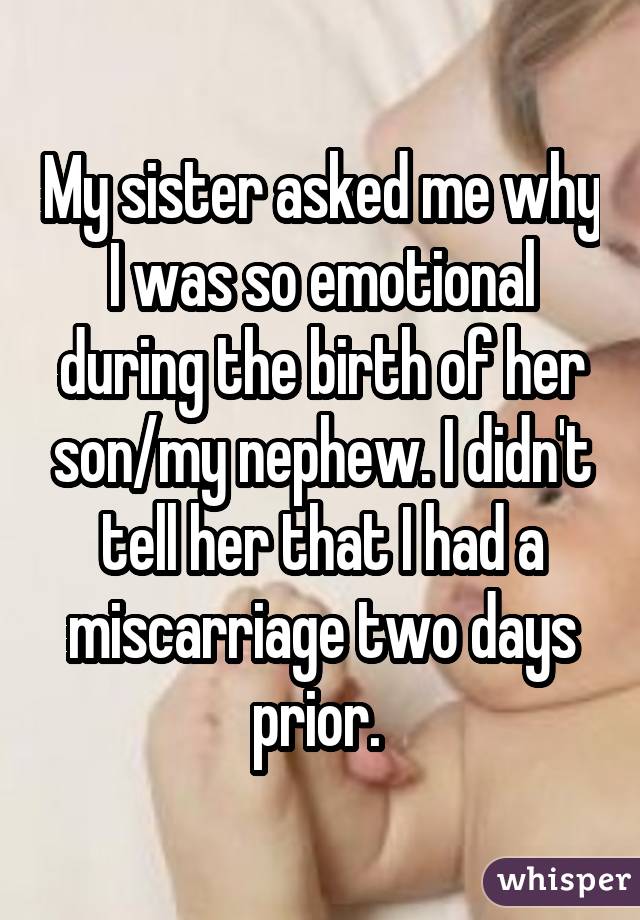 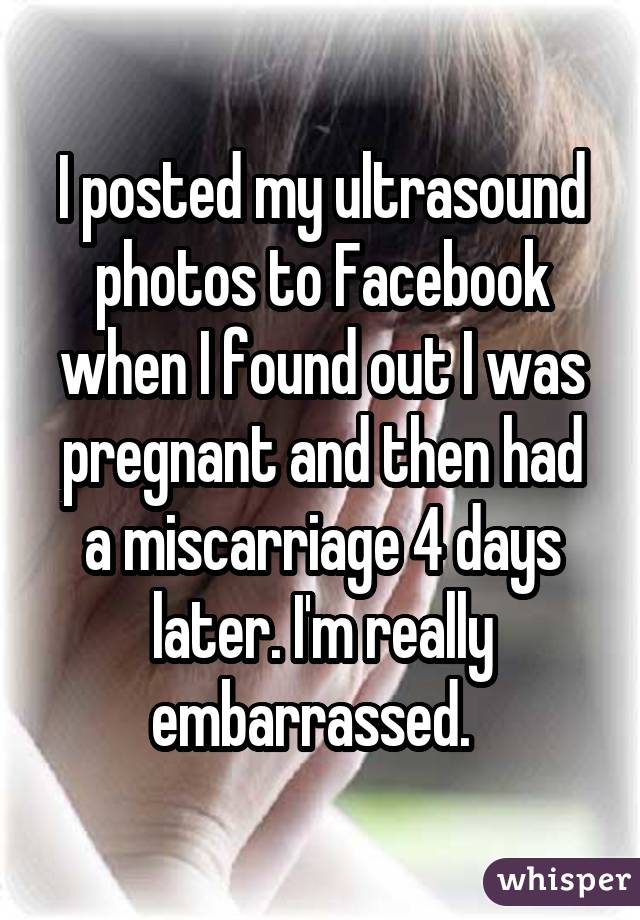 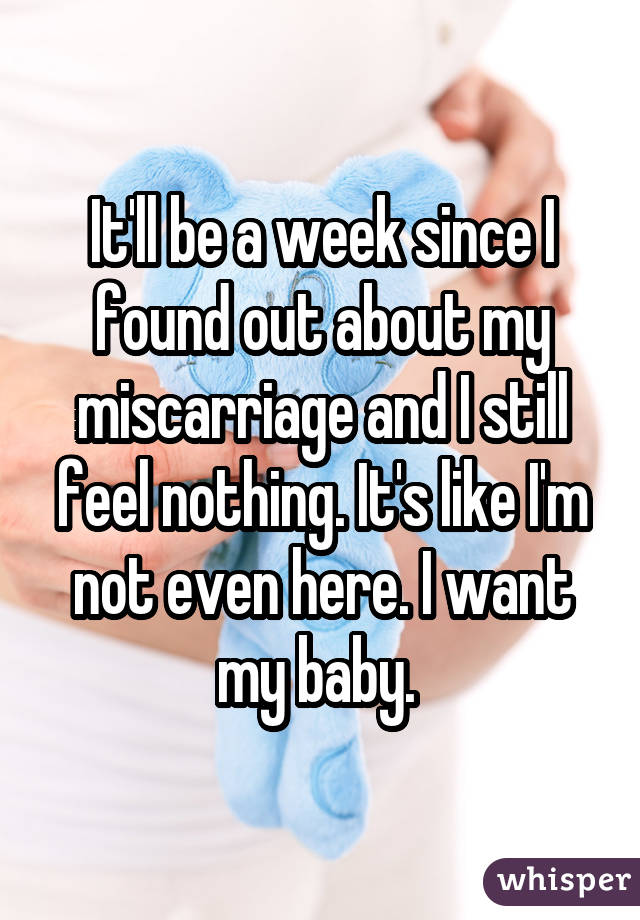 Most Wanted
Get $50 Off Our Beauty Editor’s Favorite Bidet During Tushy...
Super Sale Alert: The Tushy Spa Bidet featured in this story is currently on sale on top of its already discounted price at Tushy. From July 21–31, T
by Karina Hoshikawa
Unbothered
More Black Women Get Fibroids, So Why Don’t We Know More Ab...
After bleeding heavily for 30 consecutive days, following a 15-year battle with fibroids, Rose Marie Johnson found herself in the emergency room and was ho
by Danai Nesta Kupemba
Unbothered
As A Black Woman With IUD Trauma, I’m Making #FreeBritney My Busi...
I grew up with Britney Spears. I wasn’t an avid listener of her music — respectfully, I was more into Destiny’s Child during those years — and I wa
by Leslie Kay Jones
Advertisement
Wellness
Allergies Who? 8 Air Purifiers To Buy For Spring
by Karina Hoshikawa
Wellness
Worried About Getting The COVID Vaccine While Pregnant? Read This
People tend to dole out a lot of unsolicited advice to pregnant people, and sometimes it can be hard to cut through the noise in order to make the right de
by Natalie Gontcharova
Wellness
6 Ways I Cured My Persistent WFH Body Pain
About one full year into quarantine my body had reached its final WFH straw. I woke up one morning, after a particularly restless night of sleep, with pain
by Kate Spencer
Wellness
Chronic Illness Prepared Them For The Pandemic. What Happens When...
The strawberries. The strawberries are an issue, Julie Blackburn thought. It was March 2020, and a plethora of household staples had already become hard to
by Molly Longman
Wellness
When Will People Who Have Miscarriages Be Given Paid Leave From W...
New Zealand voted on Wednesday in favor of paid bereavement leave in the case of a miscarriage or stillbirth. The legislation would allow pregnant people a
by Erin Corbett
News
Beyond Krispy Kreme: How The Pandemic Has Exposed America’s...
Although many of us can’t wait to get the COVID-19 vaccine, some people are still wary of side effects. Others distrust vaccines altogether. Accordin
by Lydia Wang
Most Wanted
Turn The World On Silent Mode With These Noise-Canceling Goods
by Karina Hoshikawa
Somos Latinx
Dear Tías, Please Keep Your Unsolicited Comments On My Body To Yo...
Warning: This article discusses disordered eating, weight gain, weight loss, and body image. In many Latinx families, a normal way to greet someone is by c
by Jasely Molina
Wellness
Our Society Encourages Excess — Is That Why We Don’t Take B...
Content warning: This article discusses eating disorders and dieting in a way that some may find triggering. Nichola is a 35-year-old learning designer who
by Sadhbh O'Sullivan
Advertisement
Advertisement
Discover
R29 Stories & News
Watch
R29 Original Series & Films
Shop
R29's Most Wanted