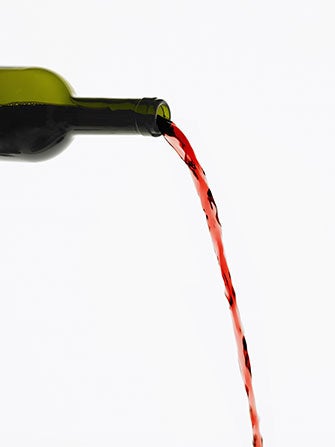 Photo: REX USA/Food and Drink/Rex
Hats off to you, Emily Yoffe — otherwise known as the Prudence of Slate's weekly advice column, "Dear Prudence" — for putting forth one of the most tone deaf, trollish op-eds on the sexual assault question I've read recently. The essay, titled "College Women: Stop Getting Drunk," is a supposedly hard-hitting looking at the factors involved in the prevalence of sexual assault on college campuses.
Yoffe takes a "practical" approach to rape. Many sexual assaults take place when one or both parties are intoxicated. Yoffe claims that men use inebriation to excuse their behavior and that women who drink to excess put themselves in the crosshairs of rapists.
Advertisement
She quotes a 2007 investigation into sexual assault on campus that states, “Students may also be unaware of the image of vulnerability projected by a visibly intoxicated individual,” as if this proves her point. Don't you get it ladies? Your visible intoxication reveals your vulnerability. As if the expected response from any man upon seeing a blacked-out young woman is to rape her. As if projecting vulnerability — or being physically vulnerable — is like wearing a rape target.
And, if it is, then that's the real problem.
Yoffe states that if she had a son, "I would tell him that it’s in his self-interest not to be the drunken frat boy who finds himself accused of raping a drunken classmate," which is an odd, responsibility-ducking stance to take. As if those drunken boys always stand accused of wrongdoing they never committed. While false rape accusations exist and are possible, it's notoriously difficult to prosecute very real rape. Like, the kind where a young woman is sexually assaulted, then left passed out on her mother's front lawn in 22-degree weather. Despite law enforcement feeling confident in the level of evidence collected in this case, the young man accused in the Maryville rape case was never even tried.
Yoffe is promoting a sort of "harm reduction" approach to not getting raped. It's the same thinking that governs public health approaches to, say, IV drug use. Are you going to shoot heroin anyway? Okay, then at least use clean needles. Here, it's: Are men going to rape vulnerable women, anyway? Okay, then don't be one of those vulnerable women.
But, the issue here is that we're considering the culture of rape to be static and unchanging. We're regarding it as if it's an unstoppable force. And, that's a cop-out and isn't fair to men or women. The culture that needs to change is one of sexual assault diminishment and victim-blaming. Telling women they can't lead normal lives and make occasionally irresponsible decisions and drink a little too much sometimes places the blame squarely where it shouldn't rest: on them. (Slate)
Gift Guides
Pamper Yourself With One Of These 27 Giftable CBD Treats
by Sara Coughlin
Health Trends
33 Halloween Costumes For Badass Feminists
by Lux Alptraum
Wellness
These Mothers Are Fighting Coronavirus On The Frontlines — & It&#...
Each evening, the 7 p.m. cheers ring out in New York City. Some bang on their pots, some clap, while others hoot loudly. You would think this boisterous sc
by Sophie Hayssen
Advertisement
Marijuana & Culture
9 Weed Subscription Boxes To Celebrate 4/20 Today (And Whenever Y...
by Sarah Jacoby
Health News
Doctors Are Going Viral — & Getting Fired — For Discussing Corona...
People all over the world, including those on the frontlines, are using social media to share how they’re coping with the coronavirus crisis. We̵
by Araceli Cruz
Coronavirus
A 5-Minute Coronavirus Test Is Coming. Here’s What You Need...
In what seems like the first good news about coronavirus in a minute, Abbott Laboratories is getting ready to launch a test that can tell if someone is inf
by Tanya Edwards
Shopping Beauty
These Are 10 Top Beauty Products That People Are Actually Buying ...
If you’re reading this, then at some point or another, you’ve probably come across our monthly digest on all the hair, makeup, and skin ca
by Karina Hoshikawa
Health News
Dozens More Women Accuse Doctor Of Sexual Assault After Evelyn Ya...
A former Columbia University Ob/Gyn is facing accusations of sexual assault from nearly 40 new women, joining 32 others including Evelyn Yang, wife of form
by Alejandra Salazar
Health Trends
11 Amazing Black Women Athletes You Should Know About
by Cory Stieg
Wellness
How To Make Your New Year's Resolutions Stick
There should be a holiday that’s scheduled about a week after New Year’s Day, and is devoted to reevaluating all of the resolutions that you co
by Cory Stieg
Dedicated Feature
I’m A 33-Year-Old Dental Hygienist & Freezing My Body To -1...
by Us
General
Google’s 2019 Year In Search Reveals Top Trending Diet & Wo...
Think about all the things you Googled in 2019. What is perineum sunning? Is CBD legit? How bad is vaping, really? It seems that every other day there’s
by Molly Longman
Advertisement
Advertisement
Discover
R29 Stories & News
Watch
R29 Original Series & Films
Shop
R29's Most Wanted