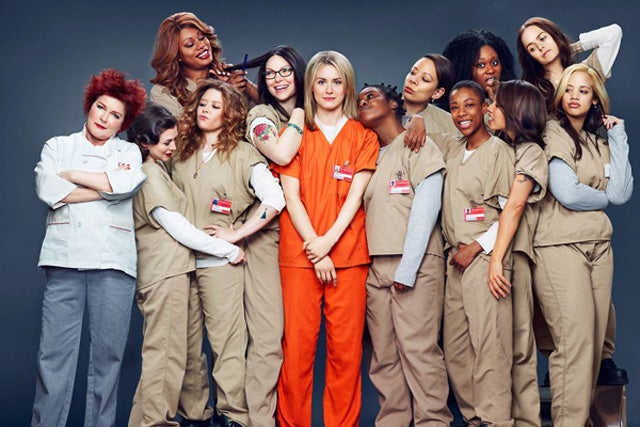 Photo: Courtesy of Netflix
Anyone with even a fleeting relationship with the Internet lately has heard the rumblings over the new Netflix show taking TV by storm. Not only is Orange Is The New Black our current favorite obsession, but it's a fascinating character study with a cast of seriously awesome ladies. If you've been eschewing pop culture news for beach reads and other diversions, it's easy to watch OITNB without even realizing it's a very true, and very fascinating, story. If you've ever wondered how the writers come up with this stuff, it's because they had some pretty amazing real-life source material to work with. So, in the interest of spending even more time with our favorite felon, we're bringing you the true story behind the phenomenon, so you can separate fact from (fascinating) fiction. If you're hoping to dive into the story beyond its admittedly addictive entertainment value, Piper Kerman's actual memoir definitely provides a more nuanced and realistic description. On the other hand, what it's missing is some of the more generous, almost first-person, narration that puts the other characters in the spotlight — it is, obviously, even more filtered through a privileged, white lens than the show.
Advertisement
Piper Kerman (the real-life protagonist) comes from a background much like her silver screen alter ego. After graduating from Smith College, she found herself hanging around the college town of Northampton, MA, waiting tables at a local restaurant and indulging in many of the activities delayed adolescents enjoy (ahem, we'll just call it sex, drugs, and rock-n'-roll).
That's where she met Nora Jansen (you guessed it, the real-life Alex Vause), who turned out to be more than just a pretty face — she was an up-and-coming drug dealer on an international scale, who would eventually name Piper in her trial years after they broke up. To a 22-year-old in love and lust, the allure of big money and big parties proved too much to overcome, and Piper soon found herself jetting off to Bali as business boomed. But their life together wasn't as exciting as it may sound. In her memoir, Kerman writes that the pair "lived a life of relentless tension, yet it was also often crushingly boring. I had little to do, other than keep Nora company while she dealt with her “mules.” …I was scared and miserable, retreating into almost constant silence, as we all moved from Belgium to Switzerland." Eventually, she found herself at the Brussels airport with a suitcase full of drug money (yep, pretty much exactly how it happened on TV), and it wasn't long after that she broke up with Nora, and flew back to California to start a life that she thought would be untainted by her past. That was, presumably, why she decided to keep her relationship with Nora and her involvement in her business a secret from most acquaintances, including her boyfriend Larry Smith (ding, ding, ding...that's Jason Biggs to you TV fans). After several years of innocent fun, she followed her new love to the Big Apple, settled in a West Village apartment, and the rest, they say, is history...or, television.
Advertisement 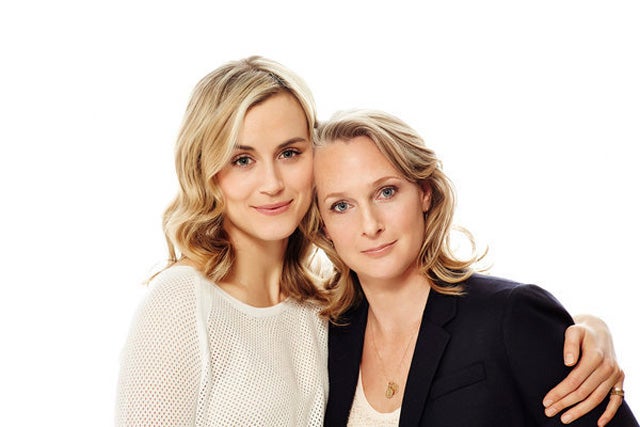