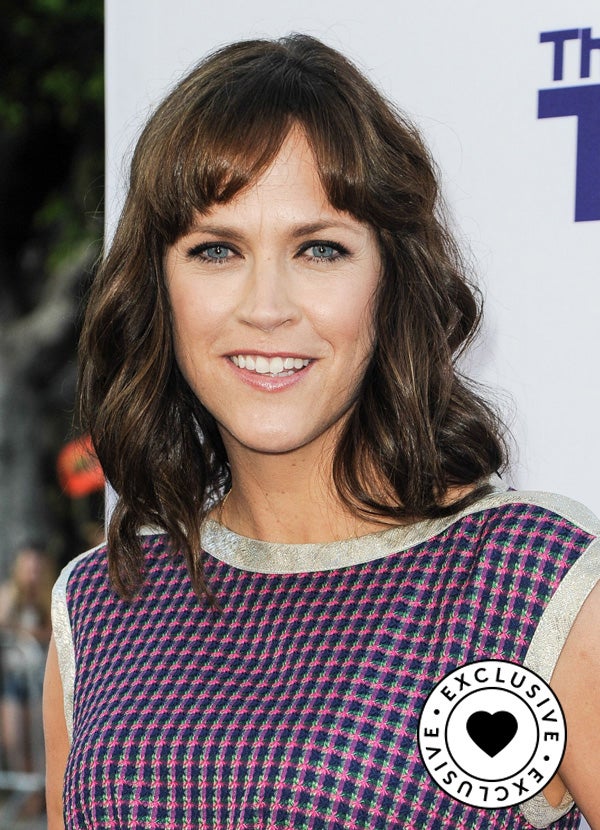 Aubrey Plaza. Alia Shawkat. Shameless teenage comedy. Set in the '90s. Can you think of a more perfectly fun antidote to action-packed summer blockbusters? Because we can't. In The To-Do List, writer/director Maggie Carey takes on the trope-filled genre of high school sex romps and turns it on its head, putting girls in the spotlight. But what we love about this movie isn't just the fact that it doesn't shy away from showing girls seeking out sex, being crass, and even masturbating on screen. In addition to all those sadly underrepresented themes, this flick does it all without attempting to make some grandiose statement about feminism. It's just a funny movie about sex and teenage awkwardness, and the main characters happen to be girls. And, also, it happens to be awesome.
Advertisement
Seeking to know more about this gem, we got cozy with Carey for a little one-on-one and, lucky us, discussed two of our favorite subjects: girl power and the power of the '90s. A force to be reckoned with, if we've ever seen one!

We thought this movie was such a refreshing take on the typical, male, sex-romp comedy — and really empowering to young girls exploring their sexuality. Was that something you kept in mind while writing it?

"You write what you know, and I really know 1993 and Boise, Idaho very well. I had my journals from that time, which I read to refresh my memory of being a teenage girl. And I was absolutely a feminist in high school! Hillary Rodham Clinton was a big deal to me, and she figures in the movie in a very earnest way. I loved how opinionated and how right I was about a lot of things, and I think that comes through in the voice of the girls in the movie. Brandy has awkward moments, but she's a very confident character who is really taking charge of her summer. I set out to write a comedy — that was really all I cared about, but there is always that truth in comedy, and feminism was definitely part of the point of view I was writing from. I didn't worry about it specifically, though, because it just came out. That's who I am. And who my cast is."

"Um, duh. Yes. Absolutely! And I want Chelsea to run for office, too."

What do you think about the annoyingly incessant debate on whether or not women are funny?

"I love the whole genre of Superbad-type comedy — that's why I like this movie. If it's funny, it's funny. I came from a place of theater where it didn't matter if you were a guy or a girl. That prejudice exists, but I never thought about it or took it seriously. I didn't ever think about the female perspective, because I'm a woman, I wrote the movie, and I directed it. It would have felt false to write a male lead for me, personally. You write what you know. But I do have male characters, and I hope they come across as whole and three-dimensional, too. But I think the whole thing is ridiculous. We got the right to vote so long ago, and things are still backwards — even stuff like Title 9 makes me mad."

Were you and the cast all friends before working on this project?

"The comedy world is pretty incestuous. Aubrey and I met at Upright Citizens Brigade [UCB] in NYC. I always had her in mind, but then it turned out that she liked the script, which was great! Bill Hader's character is not a big stretch — he's even named Billy — so, he had no choice. I knew Donald Glover from UCB as well. As for Scott Porter, Aubrey was shooting a movie with him, and she just texted me late one night and suggested him. I was like, "Yes, please!" So, she literally just knocked on the door of his trailer and gave him the script, and he said yes! The only person I didn't know was Rachel Bilson. I didn't even get to rehearse with her, but she was fantastic. Funny on the first take — super dirty but super hilarious."

Was the filming kind of a constant party?

"It was an indie film, we had a super-low budget, and we shot it in 24 days — so it was a little bit grueling, plus it was also like 110 degrees in the Valley. The cast was all on TV shows; they were doing me a huge favor to do this movie. We had them for such a limited amount of time. That said, I learned that Scott is not just a good singer, but he can totally dance and beatbox. For me, the whole film experience is like summer camp. You wake up and go to bed — okay, not go to bed, but at least say goodnight — with the same people every day, so it really does become a family."

Though it's obviously about teenage antics, when we saw this film in theaters so many of the adult — even middle-aged — reviewers there were just in hysterics. What was your intended audience?

"My intended audience was my high school girlfriends, for sure. From day one, that's been my goal: to just make a movie my friends would like. It definitely plays really well to the 18-24 demographic, but I think it works for older people, too. That's why there's a call-waiting joke in there — to identify the over-30s in the theater!"

Could this have been set in any time other than the '90s?

"I do think the '90s was important to the story. Even in the two years since we shot the movie, things have changed so much. It was important to me that this take place in the early '90s, before the Internet and before cell phones. It really has changed how teenagers communicate, and I can't pretend that I understand how it works now. I still think there are universal truths to teenage expression that technology can't really change. When I wrote the script, all of the studios passed...maybe they didn't like the idea of an R-rated teen movie, but some asked if it could be set in present day, and the answer was always "no." I don't know how, as a teen girl, you deal with all that technology. And I was too lazy to research it!"

So, how much of this is based on your actual journals from high school?

"I did not have a list — this movie is complete fiction. The journals were about being able to read what I wrote as a teenage girl just to get in the mindset. Brandy was the voice I had back then; I was super type-A and in every AP class possible, but I was also boy crazy and nowhere near having sex. Unlike her, though, I didn't have sex until long after high school. I used to iron my T-shirts before soccer practice — what a waste of time!"

Movies
Don’t Worry Darling Can’t Overcome The Rumors
Spoilers ahead. In the world of Don’t Worry Darling’s Victory, a sun-cloaked desert planned community, 1950s-era gender roles are alive and things aren
by Katherine Singh
Unbothered
Sanaa Lathan Is A Director Now & On The Come Up Is Her T...
Welcome to “What’s Good,” a column where we break down what’s soothing, distracting, or just plain good in the streaming world with a “rooting fo
by Kathleen Newman-B...
Disney
How To Score A Disney+ Subscription (Even If It’s Just For ...
I say “Disney” you say “land,” or “world,” or perhaps now during the height of at-home streaming, you chime “plus
by Alexandra Polk
Advertisement
Unbothered
John Boyega Says He Only Dates Black Women — What’s The Issue?
British-Nigerian actor John Boyega is the latest subject of online discourse this week, and surprisingly, it’s not because of his stellar (and thirst-ind
by Ineye Komonibo
Dedicated Feature
This New Horror Film Will Give You A Fear Of… Smiles
When it comes to horror movies, there isn’t a whole lot that we haven’t seen: mask-wearing killers, extraterrestrial life, monsters that take on every
by Andrea Cheng
Unbothered
Bravo’s Real Girlfriends in Paris — Like Emily In Paris...
When Emily in Paris premiered on Netflix in 2020, audiences excitedly tapped into plucky protagonist Emily Cooper’s (Lily Collins) quarter-life crisis as
by Ineye Komonibo
Somos Latinx
Jessie Reyez Finds Healing On YESSIE — & You Will, Too
Ten seconds into Jessie Reyez’s debut album, “Before Love Came to Kill Us,” she sings, “I should’ve fucked your friends. / It would’ve been the
by Brenda Barrientos
Movies
Do Revenge Wants You To Embrace Your ‘Glennergy’
Spoilers ahead. To be a woman today in the world is to be in a perpetual state of rage. Or at least feel like you’re always on the verge of screaming. Th
by Katherine Singh
Mi Casa Es
Oye Mi Canto: The Nostalgic Music That Cures Our Homesickness
Music is a powerful catalyst in evoking memories of a time and place that’s far away. In the 2017 Oscar-winning animated fantasy “Coco,” it’s the s
by Marjua Estevez
TV Shows
Tell Me Lies Episode 4 Sex Scene Shows Why We Need Enthu...
Tell Me Lies might seem like a young woman’s sexual fantasy of a college relationship. After all, the first time Lucy (Grace Van Patten) and Stephen (Jac
by Olivia Truffaut-Wong
Emmy Awards
Quinta Brunson & Sheryl Lee Ralph Are Emmy Award Winners, Baby!
When Quinta Brunson first began working on the pilot for Abbott Elementary, she just knew that she had a hit on her hands — so much so that she vowed to
by Ineye Komonibo
TV Shows
The Tell Me Lies Cast’s Red Flags Include Craigslist & P...
The thing about red flags is that no matter how big they are, how in-your-face they may be, or how often your friends try to point them out, it’s likely
by Melissah Yang
Advertisement
Advertisement
Discover
R29 Stories & News
Watch
R29 Original Series & Films
Shop
R29's Most Wanted