Skip navigation!
Story from Beauty
Welcome to Beauty In A Tik, where each week we put TikTok's viral beauty hacks and innovative trends to the test.
When it comes to smart hairstyling hacks, TikTok is unrivalled. From heatless curls (weaving damp hair around socks or dressing gown ropes to create natural waves) to the messy bun trick (achieving an accidentally perfect topknot using just two small hair ties), the app will help you achieve all manner of trending styles in moments — and on a budget.
This summer, it's all about up dos, specifically chic ponytails. The 'perfect ponytail' hack recently went viral for taking a flat, lacklustre ponytail and giving it a gravity-defying boost. This week, another ponytail technique is doing the rounds thanks to TikTok page @beautyhacks — and it's just as clever.
Advertisement

What is TikTok's double ponytail hack and why has it gone viral?

TikTok's double ponytail hack consists of two separate ponytails — one on top of the other — an inch or so apart. The position of the second ponytail (a little lower down than the first) gives the illusion of much longer hair, while the first ponytail hides the gap in between them. It's the perfect solution for those with shorter hair or hair which is medium length, who want their tresses to appear longer in an instant. Or for big fans of Ariana Grande. The Beauty Hacks video is so popular that it has garnered an enormous 6.2 million views and over 500k likes and counting. It also makes the trick look incredibly simple.

How do you do TikTok's double ponytail hack?

The double ponytail hack is actually really easy to do at home, even if you count yourself a hairstyling novice. All you need is two hair ties and a tail comb. Use the pin tail to separate your hair into two manageable sections: a top half and a bottom half.
Tie up the top section of hair as you would a usual ponytail and secure by giving your lengths a tug in the middle. Now, onto the bottom section of hair. Use a claw clip to move the first ponytail to the front or twist it away from you so that you have room to focus on the second. Gather up the bottom section of hair and tie it up using the other hairband. Depending on the length of your hair, the second ponytail should sit about half an inch to an inch below the top ponytail.
Advertisement
Step 1
Step 2
Once that's all tied, flip your first ponytail backwards so that it conceals the hair tie that's holding the second ponytail. As the second ponytail is a little lower than the first, hair instantly appears longer than if you were to scoop all of your lengths up into one simple ponytail. 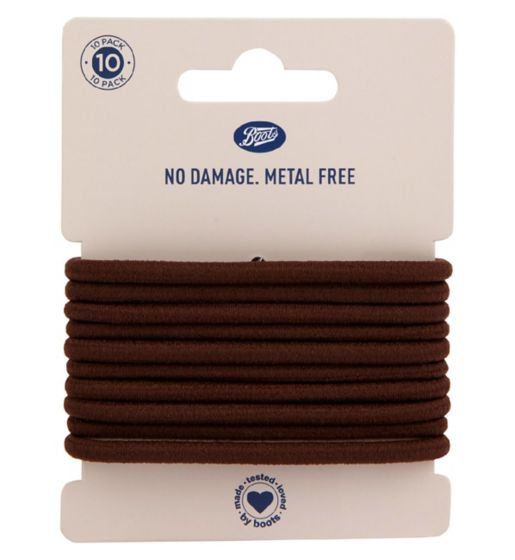 Yes! A quick whip round the R29 office proves the tried-and-true trick is nothing new but it definitely works and can be adapted for many different hair lengths, types and textures. I have shoulder-length hair now but I wish I knew about this hack when I had a bob last summer and missed tying it up in the heat. Another plus is that it'll help take the pressure off your scalp if you have very thick hair or a lot of it. Traditional ponytails end up pulling and becoming painful after a short while but as the hair is split into two manageable sections, it feels a lot more comfortable to wear.

♬ Can't Take My Eyes Off You - Joytastic Sarah

You shouldn't need any hair products to achieve the look but if your hair is just washed and feels a little slippery, you might want to spritz in a little dry shampoo or texture spray to give your ponytail more hold. I opted for the latter for extra volume. Try L'Oréal Paris Elvive Dream Lengths Air Volume Cleansing Dry Shampoo, £4.99, or Davines Dry Texturizer Spray, £24, adored by hairstylists. If your hair is prone to snagging, invest in SILKE London's SILKE Hair Ties, £30, which are kinder on strands, especially when you take your ponytail down.
Advertisement
Considering how quick and easy this is to achieve (not to mention a lot less tight and uncomfortable), I'll be wearing my hair up a lot more this summer. 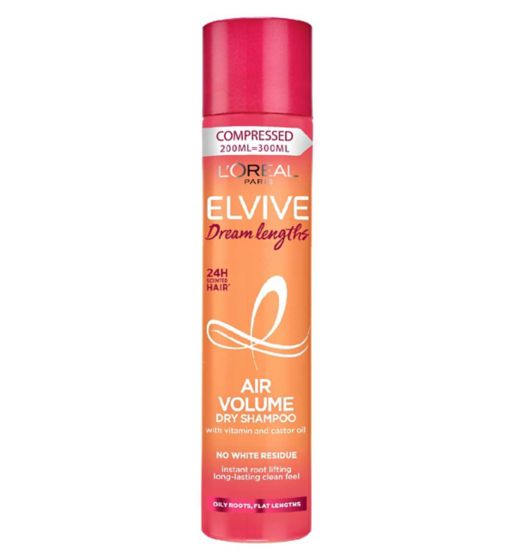 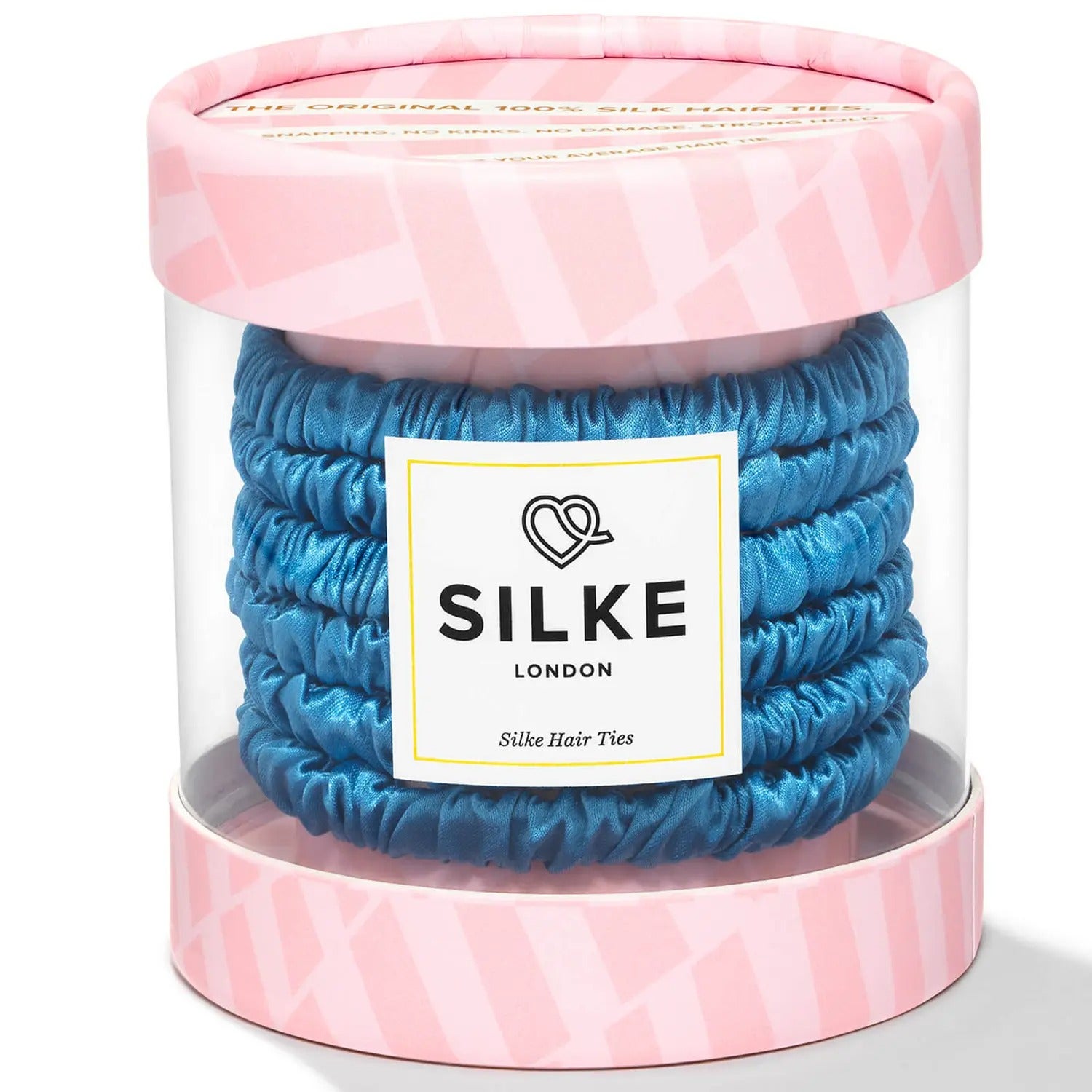 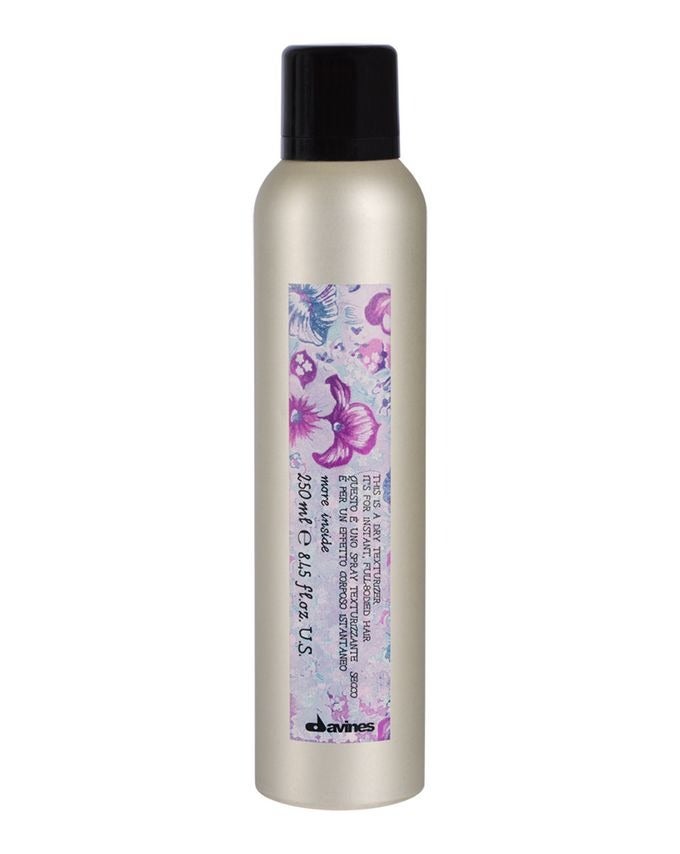 Davines
Dry Texturizer Spray
£24.00
Cult Beauty
Refinery29's selection is purely editorial and independently chosen – we only feature items we love! As part of our business model we do work with affiliates; if you directly purchase something from a link on this article, we may earn a small amount of commission. Transparency is important to us at Refinery29, if you have any questions please reach out to us.
Beauty
I Got Bottleneck Bangs & It’s My Favourite Hairstyle Ever
A fringe has always been part and parcel of my style. From swooping side bangs as a teenage emo and a full, Zooey Deschanel-style fringe in my early 20s to
by Ellen King
Hair
Want A New Haircut? Heed This Advice From A “Holistic”...
Have you ever left the hair salon feeling emotional, in a bad way? You swallow hard to keep your composure until you slam your car door shut, or have reach
by Megan Decker
Beauty
15 Fresh New Year Haircut Trends Predicted By Top Stylists
by Jacqueline Kilikita
Advertisement
Beauty In A Tik
TikTok Made Me Cut My Own Split Ends & Here’s How That Went
Welcome to Beauty In A Tik, where each week we put TikTok’s viral beauty hacks and innovative trends to the test. TikTok has an answer for more or le
by Jacqueline Kilikita
Beauty
All London’s Best Stylists Do ‘Instinctive Cutting...
View this post on Instagram A post shared by Adam Reed London (@adamreedlondon) If you’ve ever walked into a hair salon with an exact style in mind o
by Jacqueline Kilikita
Beauty
So How Does Augustinus Bader’s £218 Hair Range Compare To M...
You may have spotted Augustinus Bader’s The Cream nestled in the bathroom #shelfies of stars like Hailey Bieber, Naomi Campbell and Victoria Beckham. A-l
by Jenny Brownlees
Beauty
‘French Glossing’ Overhauled My Dull Hair & I’m...
It’s fair to say that the French know a thing or two about achieving incredible hair. From blunt bangs (adored by celebrities like Jeanne Damas and V
by Jacqueline Kilikita
Beauty
Period Hair Is Real. Tackle The Grease With These 5 Expert Tips
For people who menstruate, the surge of hormones leading up to and during a period can really take a toll. Besides irritating symptoms such as backache, pa
by Jacqueline Kilikita
Beauty
The One Trick Stylists Rely On For Instantly Thicker Hair
Dear Daniela, Is mousse making a comeback? I think I used it once or twice as a teenager to try and make my hair look extra curly but for the most part it?
by Daniela Morosini
Beauty
Is Air-Drying Your Hair Causing Damage? Here’s What Experts...
When it comes to hair, there are two camps of people: those who let their just-washed lengths air-dry naturally (whether that’s fashioned into a mess
by Jacqueline Kilikita
Beauty
We Hand-Picked The 4 Biggest Haircut Trends For Winter
by Megan Decker
Beauty
I Got The ‘Bixie’ Haircut That’s All Over Insta...
At the tender age of 14 I committed a cardinal beauty sin. Ignoring my hairstylist’s better judgement, I waltzed into Headmasters and demanded a pixie cu
by Claire Hubble
Advertisement
Advertisement