Skip navigation!
Story from Beauty
Like celebrities such as Emma Stone, Kate Bosworth and 13 Reasons Why’s Katherine Langford, I’ve admired the copper hair trend for some time now. Adding hair inspiration to my Pinterest board and trawling through the hundreds of #copperhair hashtags on Instagram (Jemma Wade is arguably the original copper hair influencer), I've discovered that the combination of rich, warm red and orange hues suits virtually all lengths and cuts.
So when R29's beauty editor spotted a picture of me at our Christmas party which had a balmy, sepia-esque filter over the top that made my hair appear almost burnt orange, I decided to take the plunge. My hair is a light, sort of classic brown but I do have a few odd strands of both deep and light red. I’ve been growing it out but I get bored so easily. Instead of chopping it all off and ruining my hard, very patient work, choosing a new, cool colour gave me something else to look forward to.
Advertisement
Before
Patch Test
I chose to go to boutique hair salon Taylor Taylor on Commercial Street in Shoreditch, which is heaven. There are two other salons in London, one in Liberty and another in Notting Hill. The decor at the Shoreditch outpost makes you feel like you’re on a film set (and you’re greeted with a bar menu on arrival). I had a consultation with top colourist and hairstylist Jason, a step we'd both recommend, as it's integral to achieving exactly what you want. I showed him all the pictures I'd pinned on Pinterest (a variation of light and deep copper tones) and he suggested the colour which would suit me best: a muted copper with soft flecks of cinnamon and crabapple to create a blend that reflected my natural complexion. Before I booked in, a patch test was mandatory, as this would be quite the transformation.
The process was very long (I was in the chair for almost four hours) but I had a lovely old time. It's important to note that a change like this has multiple steps. First, Jason created a pre-lifting colour blend using Illumina by Wella Professionals to reach the required level of lightness, and under the lamp I went. After a while, my colour had changed quite drastically from my natural brown to a shocking crimson, which panicked me for a moment. Then it turned a bold, bright orange (which, actually, I was vibing) but Jason explained that the 'top coat' would achieve the final shade.
Advertisement
I was very excited (and two martinis down at this point) but it wasn't done just yet. I had to spend a little more time under the lamp to help the colour develop to its full potential, which was followed by a wash, condition and a must-have blow-dry, which gave me '70s-inspired waves. I was immediately in love with my new look and strutted home with so much sass. I spent the rest of the evening looking at myself in the mirror.
After
I've received so many compliments, which obviously I'm enjoying immensely. In fact, I've been pretty unbearable. One thing I would say is that I definitely spend more time on my hair now as it looks so beaut when I give it some attention! As the colour is so vibrant, I find that it’s enhanced by the shine post-style. But to be honest, putting a little bit of effort into my appearance is a bit overdue at 27.
Initially I wore more makeup, as I felt I looked really odd when I first got my hair done. Eyeshadow, mascara and a bold lip became my signature. A few weeks later, however, I've ditched the extra makeup but I’m continuing to put more effort into my hair. It truly is something.
shop 5 products 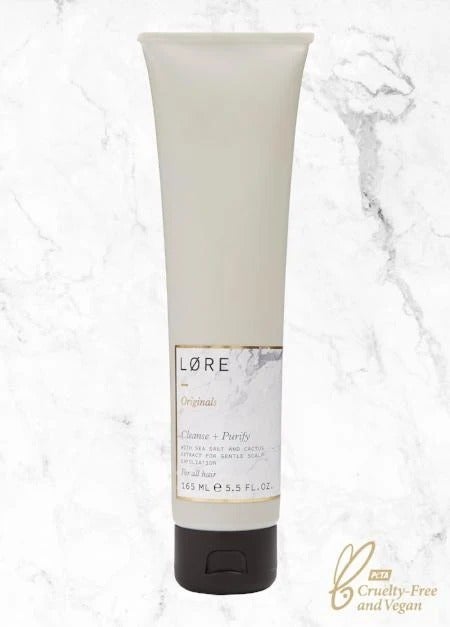 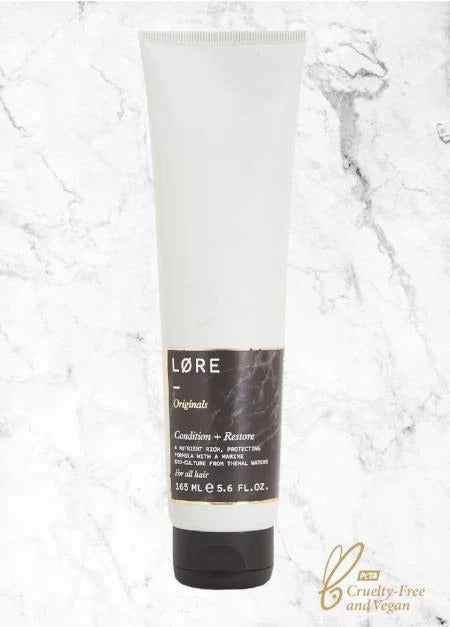 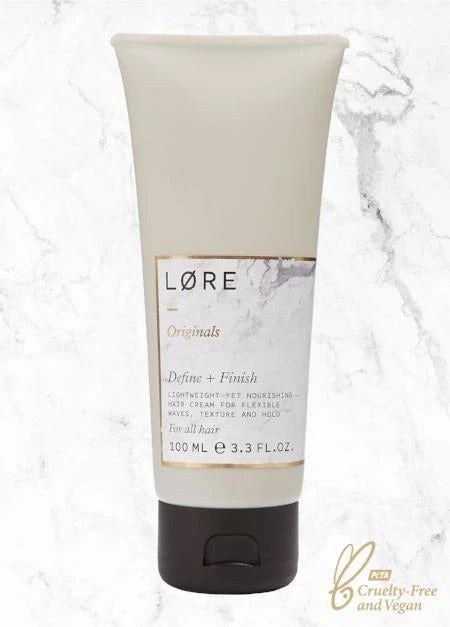 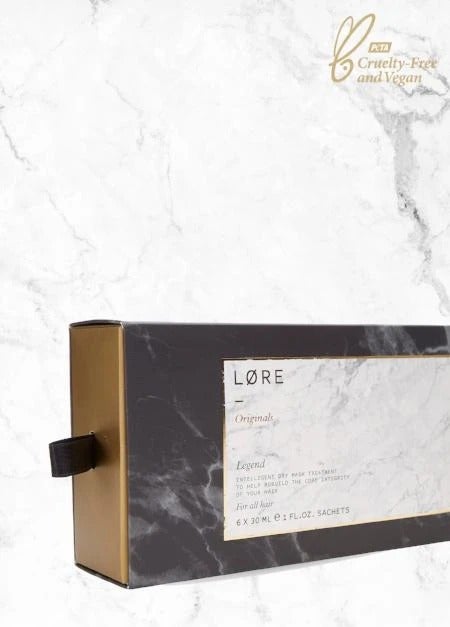 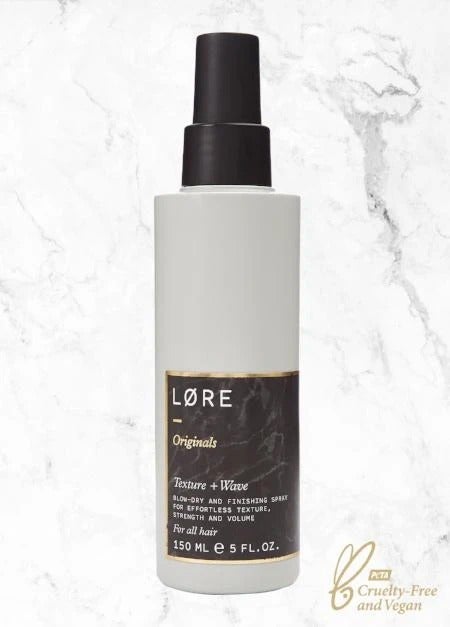 Løre Originals
Texture + Wave Vegan Salt Spray
£19.00
Løre Originals
My haircare routine has changed, too. I now use Lore Originals products which were recommended by Jason for their sulphate- and paraben-free credentials. Sulphate-free products are especially important if you want to preserve your hair colour. I regularly look to the Cleanse + Purify Vegan Shampoo, £18, with the Condition + Restore Vegan Conditioner, £18, both of which are colour safe and leave your hair feeling and smelling amazing.
At Taylor Taylor, a full head of colour starts at £155. If you want to bite the bullet and switch things up to copper, I’d say absolutely go for it. It’s such a rich and fun shade and I can tell that I’m really going to enjoy the colour as it fades, too. I'll absolutely make the most of this lighter me and I’m considering different red shades and even pink tones while I have a lighter base to work with.
Services were provided by Taylor Taylor for the purpose of this feature.
Beauty
The Natural Hair Community Can Be Toxic For Women With 4C Hair
YouTube is where many of us turn when we’re in need of a tutorial. From learning how to assemble furniture to nailing a box braid, it has our back fo
by Keeks Reid
Beauty
13 Hot Hair Colour Trends Taking Over London Salons This Summer
by Jacqueline Kilikita
Beauty
14 Vegan Beauty Brands To Transform Your Daily Routine For The Be...
Once upon a time, finding vegan beauty products was a real chore. Vegan-only brands were rather niche, more closely associated with the food industry and o
by Esther Newman
Advertisement
Beauty
5 Simple Tips To Make Your Perfume Last So Much Longer
Dear Daniela, What can I do to stop my perfume disappearing so fast? One of my favourite things about summer is wearing tropical fragrances that remind me
by Daniela Morosini
Beauty
TikTok Says Micellar Water Makes Shampoo Clean Better, So I Tried It
Welcome to Beauty In A Tik, where each week we put TikTok’s viral beauty hacks and innovative trends to the test. When it comes to haircare tips, Tik
by Jacqueline Kilikita
Beauty
This Top-Rated Serum Is Miracle Grow For Lacklustre Lashes
I know plenty of people will claim to have paltry eyelashes but I genuinely do. Not only are my lashes short and stick-straight (common for many AAPI folks
by Jinnie Lee
Beauty
This Is What Jake Gyllenhaal’s House Smells Like
To say I was amped to meet Jake Gyllenhaal would be an understatement and leave out the fact that I had teary eyes when I FaceTimed my friend to tell her a
by Megan Decker
Beauty
How Realistic Is The New Obsession With ‘Jello Skin’?
From ‘glass skin‘ (skin so dewy, it’s almost reflective) to ‘cloud skin‘ (matte with a touch of glow in all the right places)
by Jacqueline Kilikita
Beauty
Smells Like Summer: 10 Of The Best New Season Perfumes
by Esther Newman
Beauty
No One’s Using Retinol Anymore — Because This Ingredient Is...
From mandelic acid to niacinamide, it seems there’s a new glowy skin ingredient to get your head around every week. Some exfoliate and others plump u
by Jacqueline Kilikita
Unbothered
I Didn’t Think I Needed Self-Tanner Until I Tried This Vira...
Haven’t you heard? The future of luxury beauty is Black. Beauty & The Bag is a guide that keeps a close eye on high-value skin, hair and ma
by L'Oréal Blackett
Beauty
Finally, Women Of Colour Are Joining The Spray Tan Party
Spray tanning is one of those beauty trends I forgot about — like, up until a few months ago, I thought it was a relic from the Jersey Shore-dominated cu
by Amanda Mitchell
Advertisement
Advertisement