Skip navigation!
Story from Dedicated Features
I was seven when I became obsessed with Cher. It was late October and an Auto-Tuned voice came over the speakers in my grandma’s car: the drone and drop of the infinitely cool, camp classic "Believe". A song which to this day continues to soundtrack the high point of every party; a song which would be my gateway into Cher. Not simply her impeccable discography and genius shows but her style, her tweets, her movies and her scorching one-liners. Now she’s the face — and the foot — of UGG®. A shoe which, much like Cher, has brought comfort and joy to so many of us over the years. It’s a match made in heaven.
Advertisement
That’s why UGG® chose Cher to kick off its 2022 campaign, FEEL__. Two icons colliding; two icons with style, ubiquity and an ability to make us feel good. Like Cher, UGG® has stood the test of time, remaining totally iconic. Ubiquitous in the early 2000s, UGG® has always been a firm favourite among It Girls, season after season. From the original classic boot design it has undergone various reinventions over the past two decades, including inspired collaborations (who could forget those colourful monster platforms, care of UGG® x Molly Goddard?) and its most recent rebirth as fluffy slides.

In this latest campaign we get a rare look at Cher at home: watching movies, talking to her mother, meditating. It's a unique insight into the quieter side of the world-renowned "rich man" and fits perfectly with the UGG® brand's enduring message of comfort, style and emotion.
Unlike so many artists, Cher’s icon status is not up for debate. Everyone is obsessed with her, from young people who live and die for her tweets to my music-obsessed dad who remembers her way before she became the majesty of electropop I know and love.
My obsession with Cher would continue throughout the late '90s. I begged for the Believe album for Christmas and proceeded to learn every word by rote, using the glossy songbook inside the CD sleeve as my hymn sheet. Cher, with her plastic hairpieces and sullen face, stared up at me like a benevolent, wise god.
As the internet grew into the reference bank we know today, it was here, via dial-up modem initially, that I caught my first glimpses of the breadth of her career and all the moments that made Cher. First of all there’s the fashion: from the aforementioned "Believe" to everything she ever wore on The Cher Show and that Oscars dress – the one with the giant headpiece, the missing midriff and the caging across the chest, which will never, ever be close to being topped. From ultimate glamour to jeans, a heel and a straw cowboy hat at Studio 54 or styling herself at her home in Santa Barbara in the new UGG® campaign (of course Cher’s loungewear is the most glamorous), Cher has moved with, and defined, decades with her style. Despite being consistently the glitziest person on any red carpet, she’s never once looked overdressed, out of place or uncomfortable. Remember the time she arrived at the Grammys in a black wig and left a platinum blonde? It’s one thing to be a master of clothes but it takes an icon to be master of the wig. Cher’s constant evolution and commitment to bold style likely made me obsessed both with her and with fashion. And, dare I say it, drag.
Advertisement
Then, of course, there’s her music. "Woman’s World" narrated my move to New York — something that terrified me, until that album soundtracked a new life downtown. The love of my life sang "Turn Back Time" on stage in our early 20s, in drag, as I howled offstage like a Cher superfan. "Strong Enough" got me through endless breakups and it was Cher’s version of "Walking in Memphis" that I played on repeat for a whole winter during the pandemic. It would lift me off the pavement and to somewhere else entirely. Her voice is timeless, much like her style (and her face) — probably the reason she’s the only female artist to have a number one single on a Billboard chart in each of the past six decades.
Cher was a blueprint for this new world of multi-hyphenate celebrities. It’s not simply the music and the style that shaped the decades. You can’t imagine the sheer, queer joy my friends and I felt when we discovered the video of her playing every role in West Side Story. If you haven’t seen it, I suggest you google it this very second. Then, of course, there’s her truly beautiful, Oscar-winning performance in Moonstruck — an Oscar which enabled her, years later, to deliver a line almost as legendary as the movie: "Do you know why I don’t beg? Because I am a fucking Oscar winner!" But nothing could quite prepare me for Cher’s role as Tess, the long-suffering Burlesque Lounge owner and star of the Sunset Strip, in cult classic Burlesque. It would go on to become the most quoted movie of all time among drag queens and queers alike. When I first saw it in the cinema over a decade ago, little did I know that during one particularly difficult year of my life I would end up watching that camp musical romp 27 times in 52 weeks. That’s twice a month. Some say that’s unhealthy; I say that’s the power of Cher.
Advertisement
It’s easy to write my sermon on why I love Cher so much — her CV is littered with camp, powerful, skilled checkpoints that would make anyone sit up and recognise her as a talent deserving of all her many accolades and adoring fans. But it’s not someone’s CV that makes us obsess. It’s someone’s spirit. And nobody has bounded around the cynical world of superstardom as long as Cher and managed to retain her wit, her power, her generosity and her ability to grow and change with the times. Many say Cher doesn’t age and that’s true. But it’s not down to makeup and a very skilled doctor. It’s down to Cher’s ability to laugh at herself and to continue to try to understand and care for her fans, and for the world. It’s because Cher feels.
Discover more of the iconic UGG® silhouettes here. 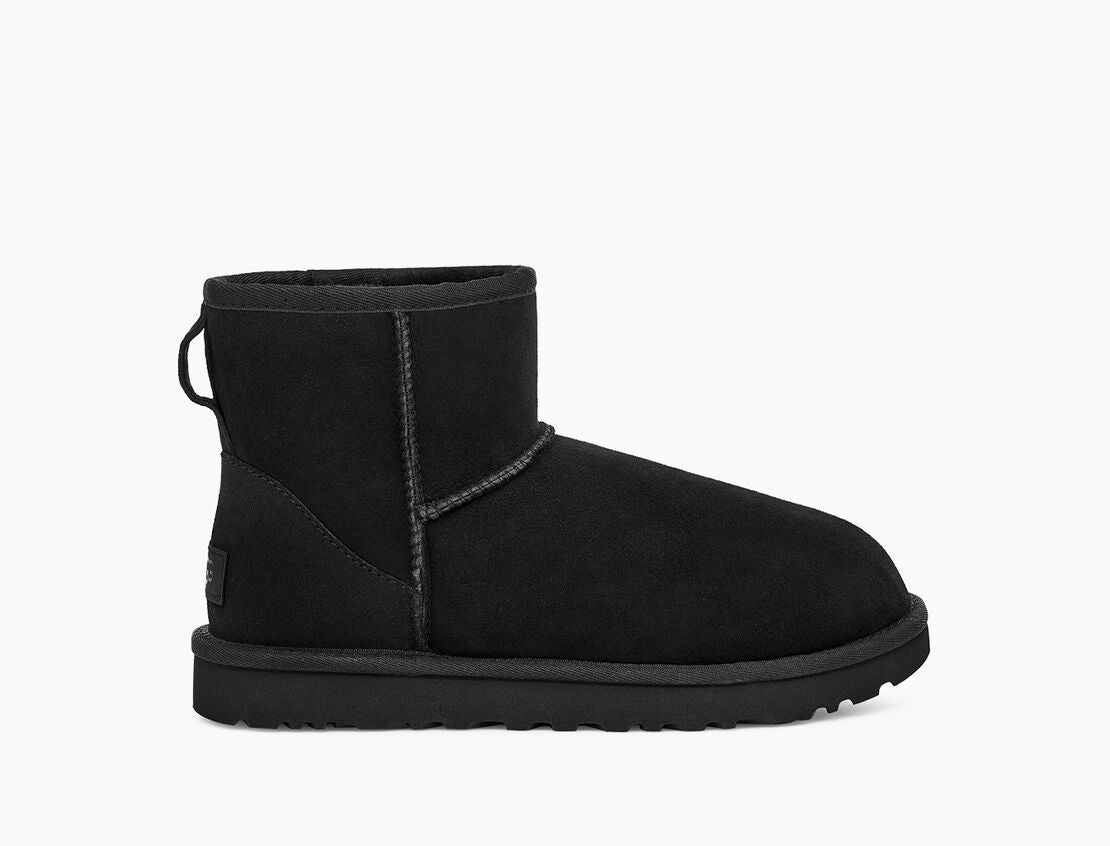 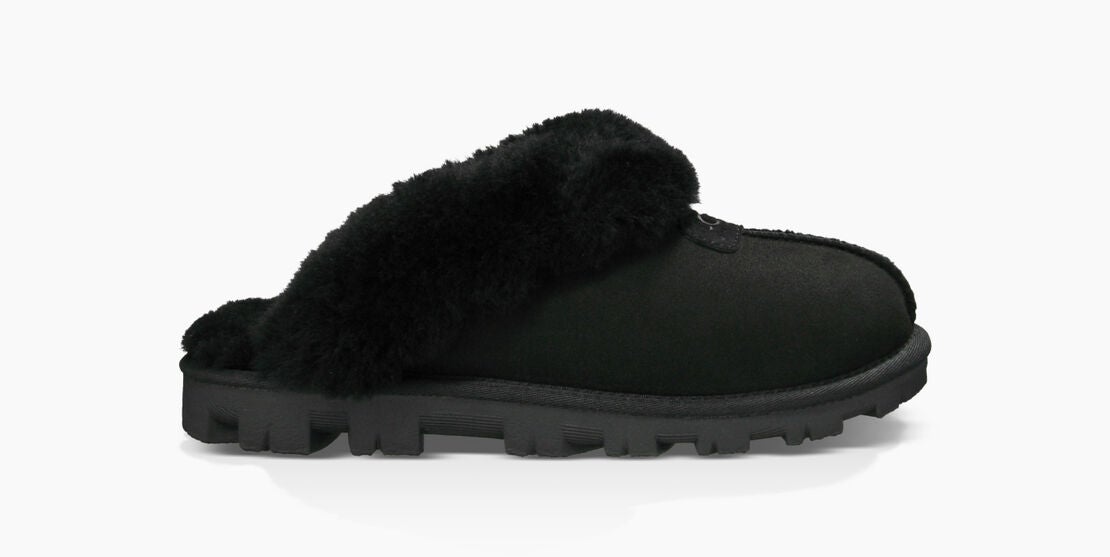 Ugg
Coquette Slipper
£100.00
Ugg
Advertisement
Unbothered
Micaéla Verrelien Shares 3 Tips On How To Evolve As A Creator
The misconception about being a successful influencer is that you have to tie yourself down to one specific niche in order to gain popularity. But thatR
by Venesa Coger
Unbothered
Olivia Joan Went Viral Highlighting Her Grandmother’s Fabulous Wa...
When it comes to sharing fashion content across multiple social media platforms, clothing hauls are a crowd favourite. Usually, it’s a person talking abo
by Venesa Coger
Dedicated Feature
Cher Makes Us Feel – That’s Why She’s Perfect As The New Face Of UGG
I was seven when I became obsessed with Cher. It was late October and an Auto-Tuned voice came over the speakers in my grandma’s car: the drone and drop
by Tom Rasmussen
Advertisement
Unbothered
Rihanna Tells Us Why The IRL Savage X Fenty Experience “Wil...
When news broke that Rihanna had plans to open physical Savage X Fenty stores, many wondered what the shopping experience would be like. Its e-commerce sit
by Venesa Coger
Somos Latinx
In Celebration of Tatyana Ali’s ‘90s Fashion Looks
When The Fresh Prince of Bel-Air hit television screens on September 10, 1990, young viewers weren’t just howling with laughter at the smart humour of th
by Naydeline Mejia
Dedicated Feature
Winnie Harlow On Inner Confidence, Early Role Models & Living Una...
It’s said that confidence is the key to success. But that doesn’t mean it comes naturally for everyone. Between the ever-changing beauty standards pres
by Lola Christina Alao
Fashion
The Fendi Baguette Is Back For The Sex And The City Reboot
Update: Fendi has now re-issued Carrie Bradshaw’s famous purple, sequined Baguette bag, following the release of And Just Like That… on NOW T
by Frances Solá-Sant...
Dedicated Feature
Beabadoobee’s Rules For Sustainable Style
In our highly visual, social media world, it’s understandable that many young music artists choose to outsource their every fashion choice to the stylist
by Natalie Gil
Unbothered
What Black Creators Can Learn From Signed, Blake
S
by Venesa Coger
Fashion
‘Peg The Patriarchy’: Activism Fashion Has Its Moment At The 2021...
Bold statements and shock-and-awe looks are what the Met Gala is all about. But this year’s red carpet was stepped up a notch with a couple of powerf
by Maggie Zhou
Fashion
Beyoncé Channelled Audrey Hepburn In A 128-Carat Diamond Necklace
One of Breakfast at Tiffany’s most memorable scenes features Holly Golightly (Audrey Hepburn) singing Henry Mancini’s “Moon River” while strumming
by Frances Solá-Sant...
Fashion
Megan Fox Wore A Pin Top With Summer’s Most Ubiquitous Trend
With stamps of approval already pressed and sealed from Bella Hadid, Hailey Bieber, and Ariana Grande, it was only a matter of time before another celebrit
by Eliza Huber
Advertisement
Advertisement