Skip navigation!
Story from Beauty
Photo: Cbc/Itv/Kobal/Shutterstock.
Moira Rose (Catherine O'Hara) on season 4 of Schitt's Creek.
When Schitt's Creek made its way to Netflix in 2017, two years after the under-the-radar Canadian phenomenon initially began to air, it didn't take long for U.S. fans to get hooked. The show has its cast to thank for that, including comedic heavyweight Eugene Levy as Johnny Rose, his IRL son Dan Levy (also the show's creator, writer, and producer) as his TV son, David Rose, and Annie Murphy as Alexis, the island-hopping socialite sister who routinely dates men named Stavros.
But, as bright as each and every one of Schitt's Creek's stars shine, it's the Rose family matriarch, Moira (Catherine O'Hara), who perhaps most captivated eager viewers with GIF-able quotes and a rotating collection of wigs. The instantly iconic Moira Rose is a puzzle of moving parts, made up of bizarre accents and an avant-garde wardrobe that sticks out like a sore thumb in the small town of Schitt's Creek, where her family was forced to relocate after losing their fortune.
Advertisement
Though Moira's choice in makeup seems minor when compared to her big personality and even bigger wig collection, her over-lined lips and smoky eyes are as essential to the character as a wig named Maureen — a fact confirmed by O'Hara's personal makeup artist Lucky Bromhead. Ahead, Bromhead tells Refinery29 exactly how she designed Moira's now-famous signature look (and the look from The Crows Have Eyes III that we still haven't stopped thinking about).

Moira's Signature Look — With A Side Of Denial

After Bromhead and O'Hara read the script for Schitt's Creek, they sat down together to discuss: Who is Moira Rose, and what does she look like? Bromhead says that she and O'Hara aligned immediately in that they'd be pulling from Moira's well-traveled and opulent life. "Moira would draw inspiration from where she's been," explains Bromhead. Take, for example, the character's signature smoky eyes: "If she'd gone to Moroccan marketplaces and seen beautiful women with smoky eyeliner, she'd draw inspiration for her own look."
Moira may get beauty inspiration the same way a magpie steals shiny objects, but her look isn't directly inspired by anyone in particular. Despite what Twitter would have you believe, Moira was not inspired by Madonna — although O’Hara and Bromhead have seen the comparisons and are flattered. Bromhead confirms that there was never one person in mind while designing Moira; she's simply one of a kind.
Photo: Ian Watson/CBC/ITV/Kobal/Shutterstock.
Moira Rose (Catherine O'Hara) on season 5 of Schitt's Creek.
In collaboration with hairstylist Ana Sorys, O'Hara and Bromhead agreed that the only thing that should change about Moira's look was her wig du jour. "The wigs allowed Moira loads of ways to express herself," says Bromhead, adding that since she could change her hair, she didn't need to change her makeup. "There are so many iconic people that never change a certain element about their look, like [Vogue editor-in-chief] Anna Wintour. Her hair doesn't change for years, but it stays fashionable." And so, Moira's red lipstick was born.
Advertisement
Bromhead tells us that she was literally wearing red lipstick when she and O'Hara were having this discussion about her character. "Catherine suggested Moira wear a red lipstick and I agreed 100% because it's such a strong colour and it really is a signature," she recalls. "We did make the conscious decision that the red lipstick is something Moira would wear to hang onto her old life. It's also how she maintains the core of her identity."
Candice Ornstein, head of the makeup department on Schitt's Creek, explains that the eponymous small town in which the show is set is meant to look and feel bleak in comparison to the Roses. "There's an obvious juxtaposition between the Roses and those who inhabit Schitt's Creek," says Ornstein. "This family comes in and it's the biggest shift these townspeople will ever see in an environment like that. In a way, the Roses are the colour of Schitt's Creek."

Before filming officially began for the show, Moira's makeup was perfect — on paper. But when shooting started, both Bromhead and O'Hara felt that something was off. "Catherine suggested she try something with Moira's lipstick, out of curiosity," she says. "She took the lip liner and she did what I call ‘The Naomi Campbell.'" Like Campbell often does, O’Hara drew her lips without a Cupid’s bow. “Initially, it wasn’t that big, but then we made it bigger and bigger," she says. "Her entire face changed because of the shape of her lip.” Bromhead credits MAC for almost every part of Moira's routine, including MAC Lip Liner in Stripdown to outline the lip shape and either MAC Lipstick in Ruby Woo or Dubonnet depending on Moira's entire look (wardrobe and wig included).
Advertisement
Bromhead says that budge-proof, foolproof cosmetics — like MAC products — are crucial for working with O'Hara, who is perhaps one of the most expressive comedic actors in Hollywood. "I wish I could explain to you what a genius she is with her face, in so many ways," says Bromhead. "I don't only mean when she was creating this character and emoting, but also when I'd paint on her lips in the trailer. She would have a full conversation with me while I was putting on her red lip without moving her mouth and I'd understand every word." (O'Hara's ventriloquial talent was even featured on the show in season 2 episode 6.)
shop 6 products 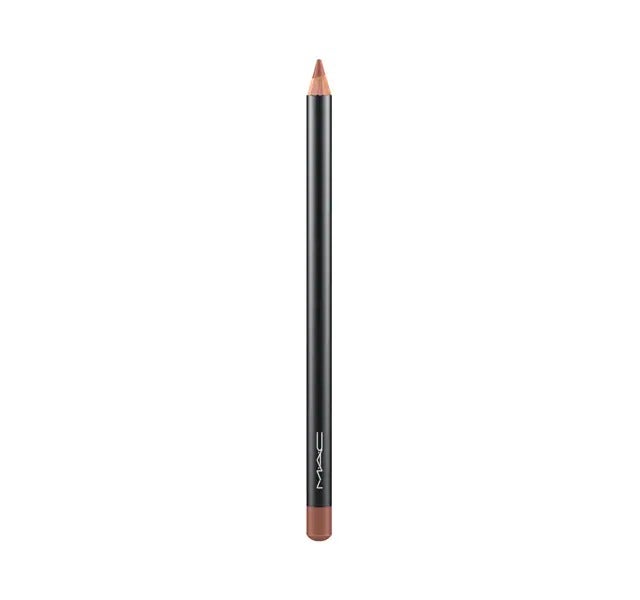 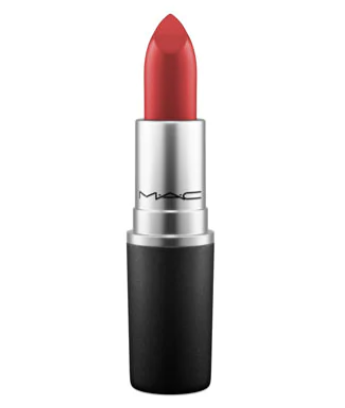 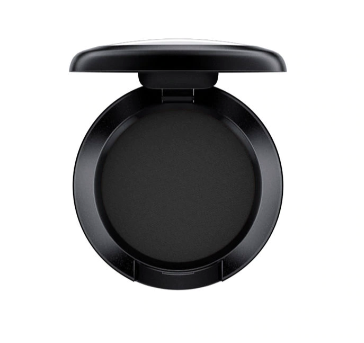 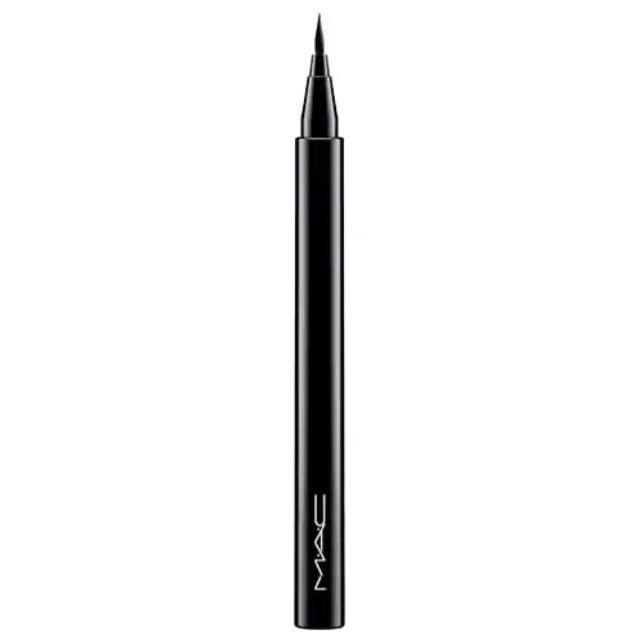 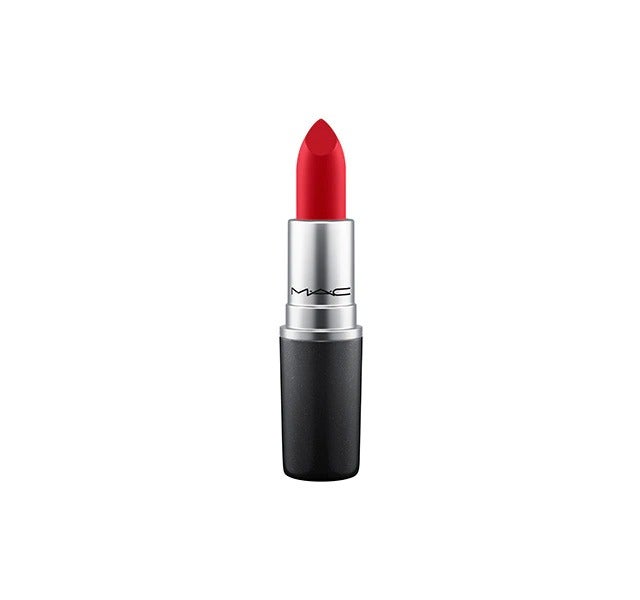 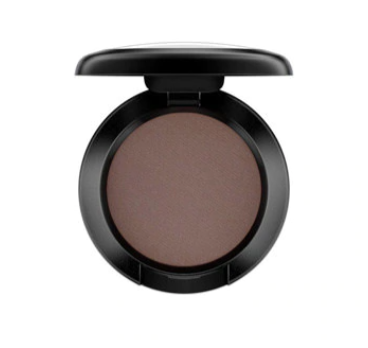 The Crows Have Smoky Eyes

The only time you don't see Moira in her red lip is while she's filming The Crows Have Eyes III in season 5. “When we were designing her look for The Crows, I said she could not lose those lips,” recalls Bromhead. “Without those lips, she’s not Moira Rose.”
Instead, they ditched the red colour for a nude formula — without altering the overdrawn lip shape — and built up her usual smoky eye, which typically included at least four MAC eyeshadows (Concrete and Carbon being the boldest of the bunch) topped off with MAC's Brush Stroke 24 Hour Liner in Brushblack. "She had to look creepy, but still Moira. So, I suggested keeping the black smoky eye, but making it even darker, a little rounder and bird-like," says Bromhead. "I also suggested taking away her eyebrows because that immediately made her look strange.” It changed her whole face — again.
Of course, the work couldn't stop there. Bromhead says that the look for The Crows was a collaborative process between Sorys, who made the spiky black wig, and prosthetic makeup designer Mark Wotton, who made a prosthetic bird beak for O’Hara. Yes, a prosthetic beak. Like we said: iconic.
At Refinery29, we’re here to help you navigate this overwhelming world of stuff. All of our market picks are independently selected and curated by the editorial team. If you buy something we link to on our site, Refinery29 may earn commission.
Beauty
This Is What Jake Gyllenhaal’s House Smells Like
To say I was amped to meet Jake Gyllenhaal would be an understatement and leave out the fact that I had teary eyes when I FaceTimed my friend to tell her a
by Megan Decker
Celebrity Beauty
Ariana Grande’s R.E.M. Just Dropped A Second Beauty Collection
I’m in a Zoom hold, waiting for the meeting host — Ariana Grande‘s PR team — to let me in to a Zoom room with the talent herself. Once I he
by Megan Decker
Celebrity Beauty
Angus Cloud Smells Like A Cocktail Party
Last week, a five minute meeting looming on my Google Calendar felt really big. Because of the short window of time on the reminder, the blue bubble was te
by Megan Decker
Advertisement
Beauty
Busy Philipps Embraces A Grunge Look & £30 Retinol
Busy Philipps’s performance as Kim Kelly on Freaks and Geeks defined, for an entire generation, the trope of the ride-or-die best friend. In the late
by Amanda Mitchell
Celebrity Beauty
Rihanna’s Pregnancy Beauty Routine Is Surprisingly Simple
When you hear people talking about those women who can do it all, I’m fairly certain they’re all actually referring to Rihanna. The 33-year-old
by Sara Tan
Beauty
Euphoria’s Makeup Has Evolved & TikTok Is Taking Notes
Euphoria is back in all its glam and gory glory. The HBO show continues its chokehold on Gen Z with its thrilling storylines, completely impractical but ic
by Maggie Zhou
Beauty
Saweetie Just Wants Balance And MAC Glitters
Is there anyone more relatable than Saweetie? As a card-carrying member of Eyebrow Contour Addicts Anonymous, it’s incredibly refreshing to learn tha
by Amanda Mitchell
Tattoos
Selena Gomez & Cara Delevingne Just Got Matching Rose Tattoos
Have you ever heard the saying “friends that ink together, stay together?” Selena Gomez and Cara Delevingne just got matching watercolour tatto
by Nick Levine
Beauty
Kelly Rowland On Motherhood, Self-Care, & Her Most Iconic Hairstyles
When I think of Christmas, I think of the ultimate in Christmas albums — Now That’s What I Call Christmas!: The Signature Collection, a compilation
by Amanda Mitchell
Celebrity Beauty
Tinx Wants To Be Clear — She Loves Botox
When I tell people that I’m going to be interviewing TikTok famous Tinx, the general response is along the lines of, “Omg, I love her.” A
by Megan Decker
Beauty
Gemma Chan Sees Strength & Beauty In Vulnerability
“Beauty, to me, is about truth,” Gemma Chan shares to me over the phone. “It’s about […] integrity, purpose, as well as artis
by Amanda Mitchell
Beauty
Selena Gomez Gave Me Blush Tips — & Helpful Perspective
Selena Gomez is really good at doing her makeup. I can tell when I’m introduced to her in a penthouse hotel suite just east of Bryant Park where she&
by Megan Decker
Advertisement
Advertisement