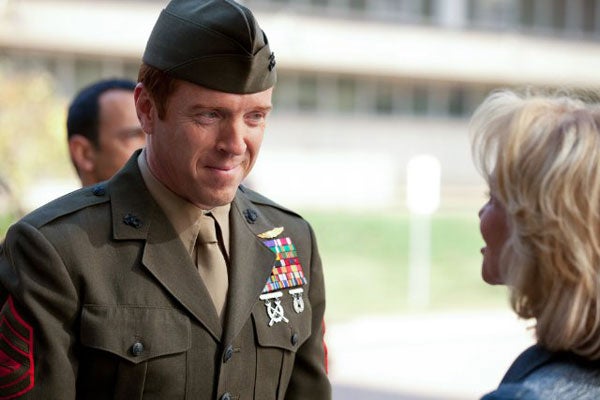 We know President Obama is a TV guy, and that he has good taste. Earlier this year, he revealed that the Showtime drama Homeland was one of his favorite shows (along with Boardwalk Empire, The Wire, and Modern Family), and now we've heard that actor Damien Lewis has been invited to Wednesday's White House State Dinner honoring British Prime Minister David Cameron. Even thought the official guest list hasn't been released, Lewis couldn't keep it a secret and dished the info during a BBC interview.
This reminds us of the age-old question: Who, living or dead, would you invite to a dinner party? We like to imagine the prez getting to kick back with the stars of his fave shows after a long day of, you know, being Commander in Chief. Wonder if Lewis will give away any spoilers? Better yet, will Claire Danes get an invite, too? (Washington Examiner)