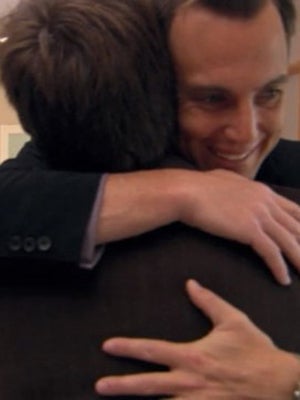 There is almost nothing that could get us more excited on a Friday afternoon than the prospect of even more Arrested Development! After the both critical and popular success of season four (which was different, but still lovable, once you got used to it), it looks like Netflix may be considering picking up yet another season.
Of course, the thing with the Bluths is that as soon as you think they're finished for good, they come back with another crazy scheme. Brian Grazer of Imagine Entertainment recently said that the conversation is happening, though Variety reports no action has been taken so far between Netflix and 20th Century Fox. However, the same sources also claim that a renewal is fully expected by both parties after the success of season four, and episodes could begin shooting next summer! Of course, the issue of uniting all the cast members — who are now busy with a variety of other projects — could be difficult, but Netflix is reportedly willing to overcome those hurdles, if at all possible. This is one rumor we'll be keeping very close tabs on. Though we've been burned before (still waiting on that AD movie...), we now know what it's like to get what we were promised, and it feels good. (Variety)