Skip navigation!
Story from Washington, D.C.
If you're at the point in life where relatives have begun to use terms like "stable," "settled," or "mature" to describe you, you're probably about to commit to some real estate. And if you're looking to buy in the DMV, you're not alone — a recent RealEstate Business Intelligence report found that houses in our area are selling almost twice as fast they were in 2012. But don't be fooled into thinking this is some sort of fire sale: The median sale price for a home in D.C. is $490,000, the highest on record for the city in the month of May. And it's not much cheaper in the 'burbs, where it's $424,800. The takeaway? Your nest egg needs to be ostrich-sized if you're planning to buy in the District right now. But it's not all bad: The report also suggested that high sale prices might encourage more owners to sell their homes, which could lead to a more saturated market in the future — and that means you can do a little more bargaining. (Huffington Post) 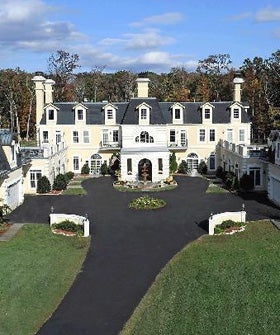 News
It Isn’t Just The Government That’s Under Attack — It...
When thousands of violent extremists incited by President Donald Trump burst into the Capitol building yesterday, it instantly dominated news coverage. But
by Natalie Gontcharova
Work & Money
What $100 Will Get You In Each State
Folks, it might be time to consider relocating. The Bureau of Economic Analysis recently released a report measuring price disparities across different sta
by Jessica Chou
Washington DC
Your Guide To An Awesome Last-Minute Getaway Near D.C.
by Ayren Jackson-Can...
Advertisement
Entertainment News
Rihanna Rings In The United States Of Amerihca
by Hayden Manders
Entertainment News
Girl Hopes For Beyoncé, Gets Obama Instead
You can't always get what you want. But, if you try sometimes, you just might find — wait, we got off track. You can't always get what you
by Hayden Manders
Washington DC
How The Nerd Prom Has Become The Coolest Ticket In Town
On one special night of the year, the men and women in D.C. trade in their pocket protectors and ID lanyards for pocket squares and custom gowns to attend
by Laura Schwartz
Washington DC
8 Things To Know This AM — Apr 30 2014
In D.C., the White House has issued a list of recommendations to colleges about how they should handle and prevent sexual assault on campus. (The Washingto
by Hayden Manders
Washington DC
Glitz, Glamour, & Spring Arrive In D.C. With Our Hollywood-Inspir...
by Ashley Mateo
Washington DC
This News Presenter Shares Her On-Set Routine
How do you like to start your day? What news show do you like to kick it off with? We don’t play favorites. Instead we feature anchors we love, one being
by The New Potato
Washington DC
Party (& Shop) Like A Star In D.C. With R29 & CUSP
Photographed by Jesse Webster. Fashion, like Hollywood, is constantly evolving. As fast as labels and designers can churn out new styles, there are up-and-
by Ashley Mateo
Home
6 Up-And-Coming Artists To Start Collecting Now
by Kristin Guiter
Books & Art
R29 Book Club: Put A Bird On It
Photo: Courtesy of Little, Brown and Company. Thanks for joining us for this month's final book club discussion, where we're hashing over the las
by Holly E. Thomas
Advertisement
Advertisement
Discover
R29 Stories & News
Watch
R29 Original Series & Films
Shop
R29's Most Wanted