Skip navigation!
Story from Beauty In A Tik
Welcome to Beauty In A Tik, where each week we put TikTok's viral beauty hacks and innovative trends to the test.
As a beauty obsessive who is also chronically online, you can bet that I've come across my fair share of seemingly unwearable makeup trends. Take the concealer glasses hack (drawing on a pair of glasses and blending the product in with a sponge to brighten the eye area) or using fake tan in place of lip liner, for example.
This month, though, 'aura blush' is blowing all of those trends out of the water.
Those in touch with their spiritual side might already know that an aura is an invisible energy that's said to surround all living beings. You've probably spotted the recent craze for aura readings, too, where a photo of you is taken and, once developed, shows you engulfed by various colourful mists. These colours are then interpreted to give an indication of your personality, among other things.
Advertisement

I remember having an aura reading a couple of years ago where a green and purple haze hung over my head and shoulders. According to the photographer, it meant I was intuitive, compassionate and forgiving. I'm not sure how much I believe the latter, seeing as I own being stubborn. But the colours were nice to look at all the same.
If you think about it, then, it was only a matter of time before auras transcended spirituality and were claimed by the endlessly creative beauty community. Instagram is in love with aura nails, not to mention aura eyeshadow. But TikTok's aura blush is doing real numbers.
TikToker Aoife, also an editorial artist, pro makeup artist and digital creator, just went viral for creating an aura blush look using Glossier Cloud Paint in shades Beam, Dawn and Eve. Aoife blends Beam (a peach shade) all over their cheek and applies a fingerprint of Eve (a dark magenta). Once that's blended ever so slightly, they dot a little Dawn (a vibrant orange) over the top. The effect is a lot like an aura, the colours melting into one another in mesmerising circles.
Advertisement 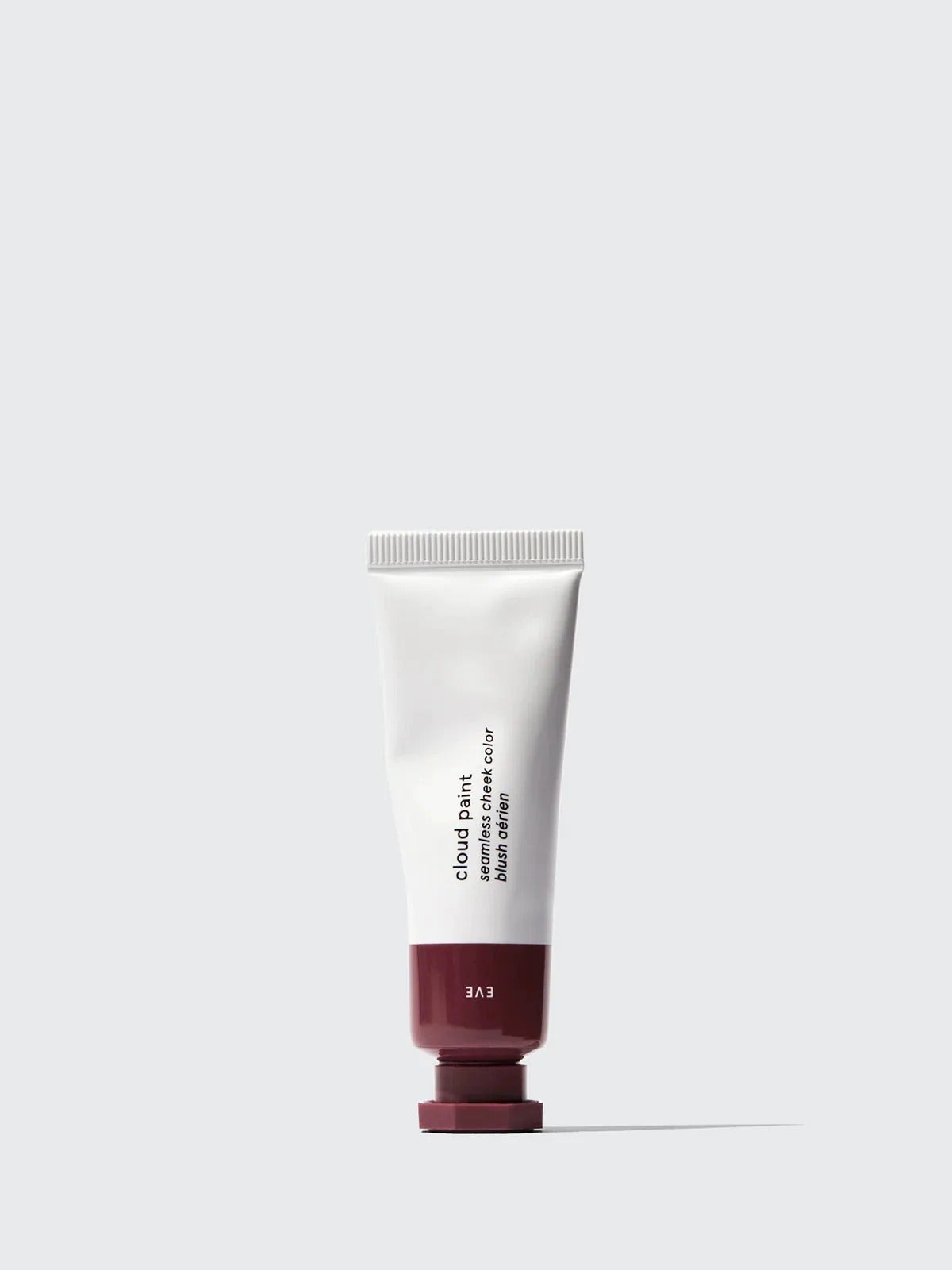 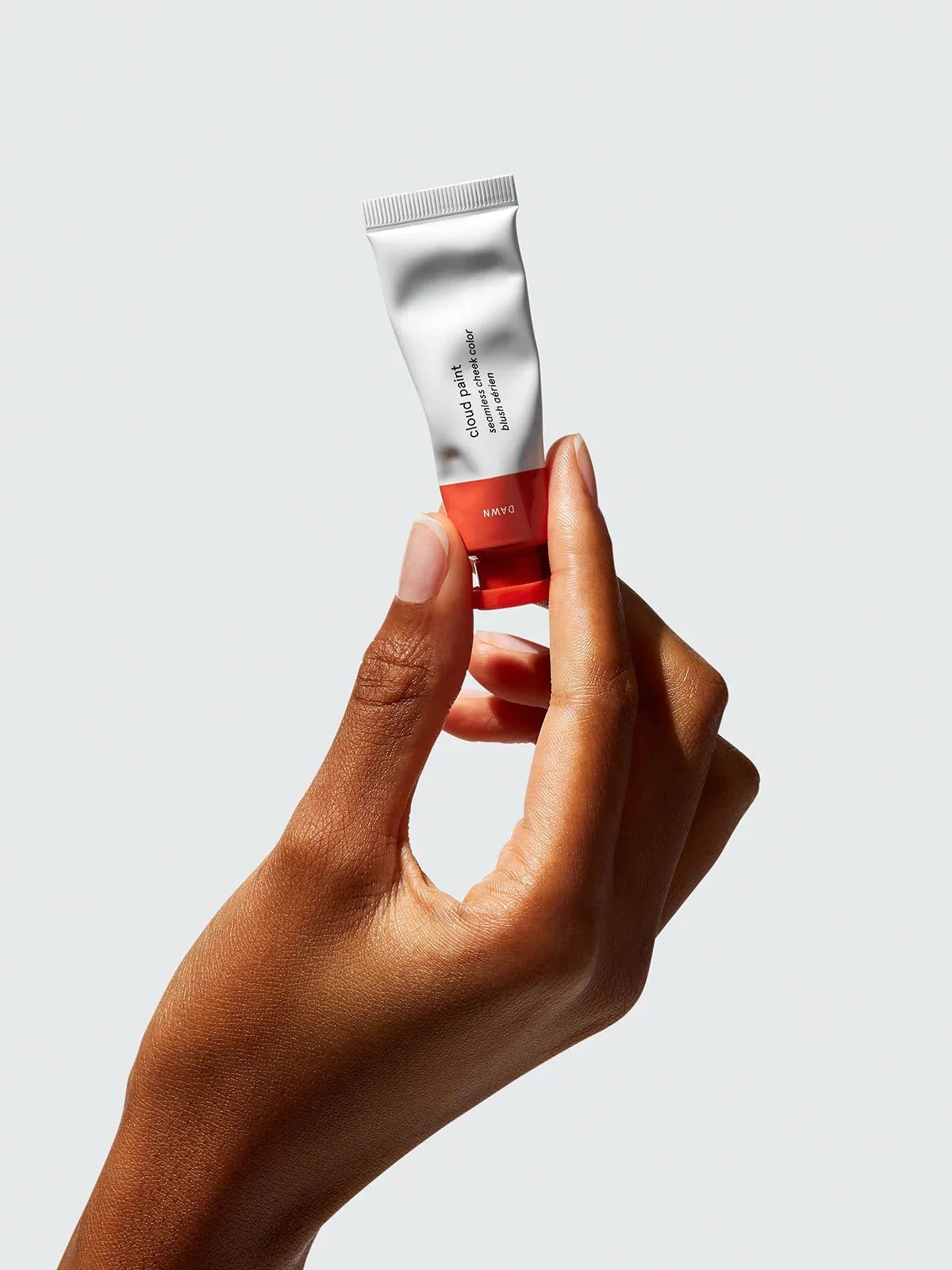 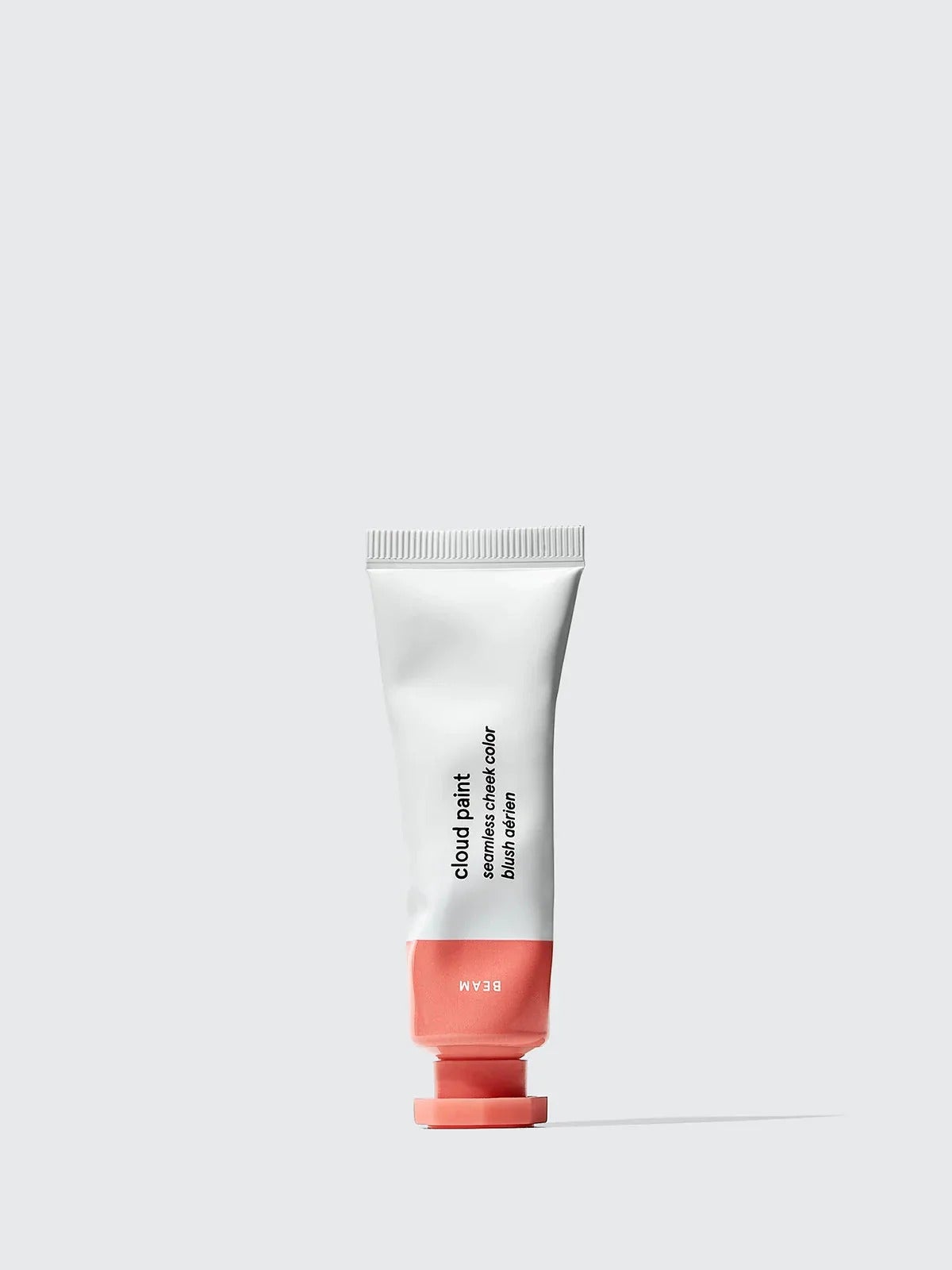 Glossier
Cloud Paint In Beam
£17.00
Glossier
Aoife's video is so satisfying to watch (and the results incredibly pretty) that it has amassed an enormous 2.9 million views. It wasn't long before Glossier reposted the look to its TikTok page (gaining a further 95.3k pairs of eyes) and other imaginative TikTokers like @nesmates and @ttmaryana followed suit.
Aura blush isn't for the fainthearted or those of us who prefer to blend into the background. Rather an editorial look, it demands attention. But what is Beauty In A Tik about if not experimentation? Off I went to pick up the exact same Glossier shades that Aoife uses in the video. Admittedly, I've been quite scared of Cloud Paint in the past as the product is so highly pigmented (a good thing, of course) and requires you to move fast. Letting it dry down too much makes it a little more difficult to blend and one wrong move (or dabbing on more than a pin prick) often looks clownlike on me.
Instead of using a brush or a sponge, Aoife uses their fingers to apply and blend the blush — probably a better option as the warmth of your fingertips will help to distribute the product a lot better. Like Aoife, I swiped on a light layer of Beam and blended it into my cheeks, focusing on the apples and the temples for a lifted effect. Next up: Eve, which Glossier describes as a 'rich mulberry'. This I patted in with my fingertips until I'd created something of a circular shape, following up with a dot of Dawn in the centre.
Advertisement

The initial effect was...interesting. Sure enough, it did resemble an aura but it's not exactly something I'd rock day to day. I noticed that Aoife had blended theirs ever so slightly so I picked up my trusty stippling brush and went over the circular shades until they melted into my skin. Maybe this defeats the purpose of aura blush but in doing so I accidentally created the most charming, multidimensional blush shade I've ever worn. So much so that I've put away my trusty pink creams and powders as they now feel too heavy and dolly-esque. My makeup also earned me a handful of compliments on a Zoom call that day.
Realistically, when you flush it's rarely one block shade of pink like powder blush. It's a bit more nuanced than that, and flushing lends skin a sort of gradient effect. This is exactly what aura blush achieves. The lightest shade provides a flawless canvas for the darker magenta tone, which mimics blood vessels underneath the skin. Then the orange-coral shade sits directly on the apple of the cheek, providing dimension and more of a glow. If you look closely, you can see where I stopped just short of blending the coral into my skin completely like the other shades. 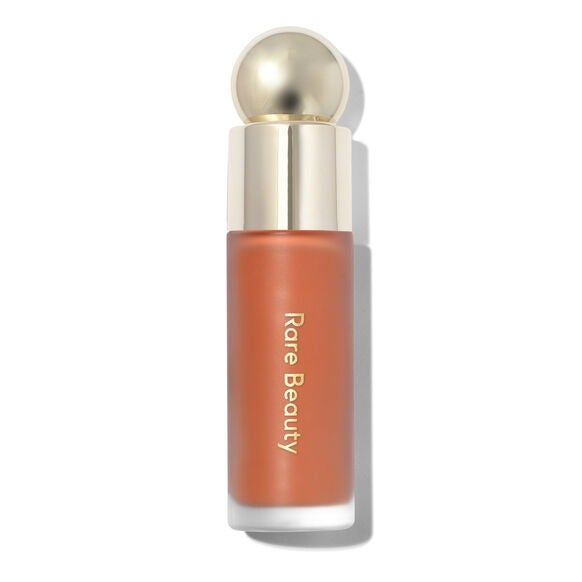 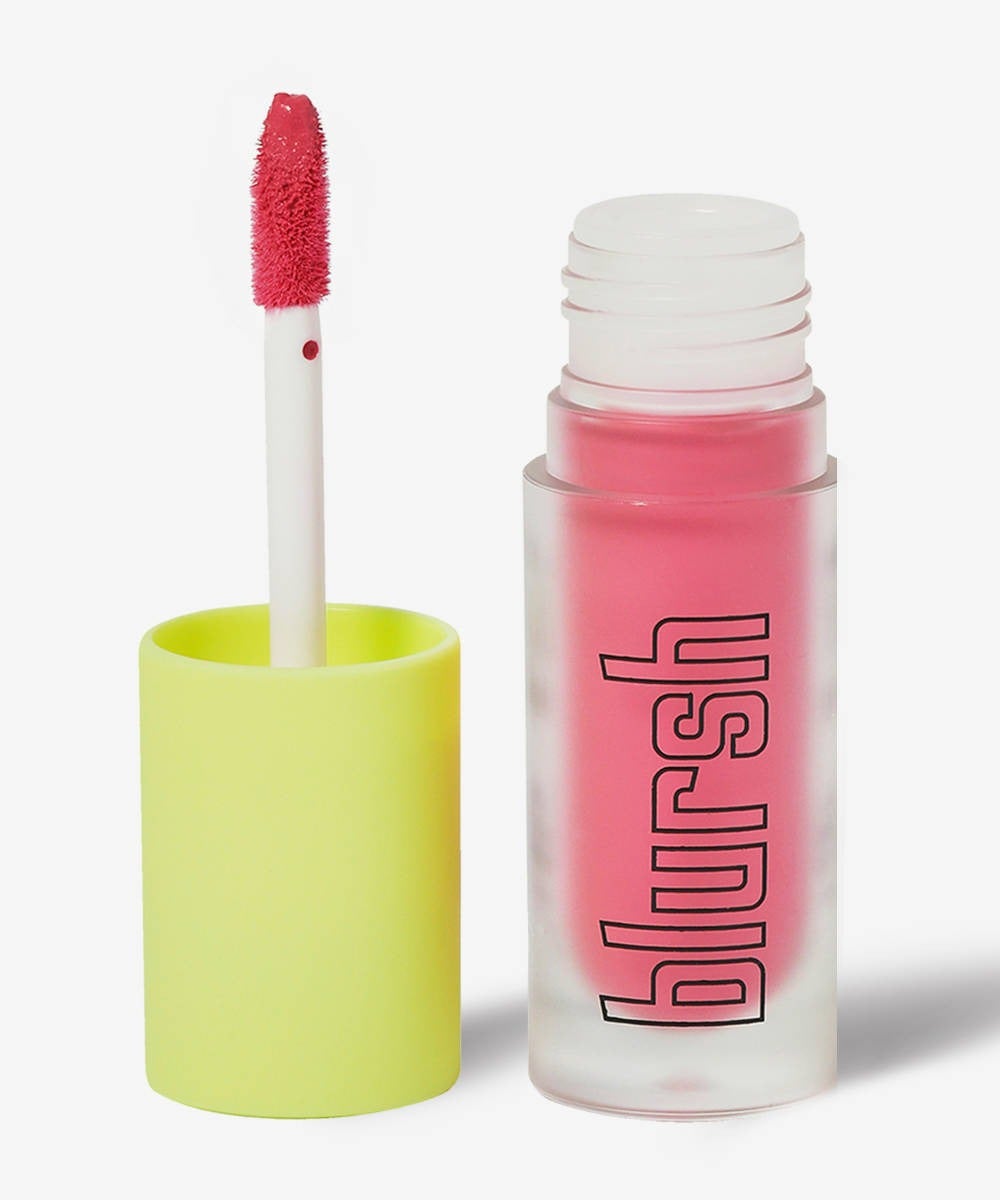 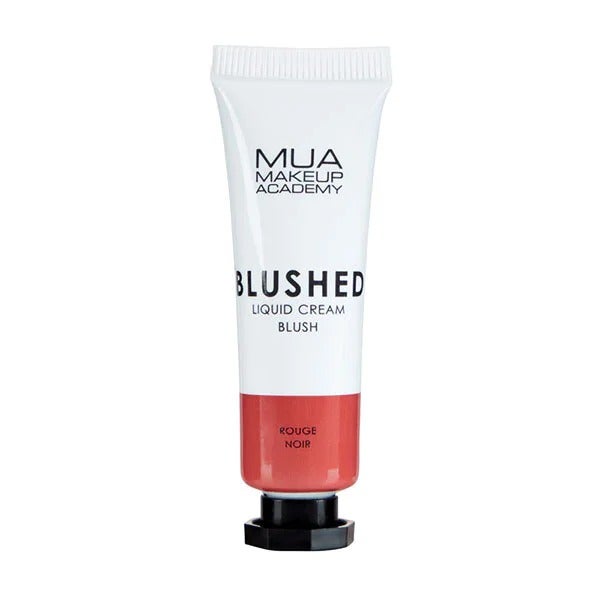