Skip navigation!
Story from Beauty
Illustrated by Olivia Santner
The idea of salt water being beneficial to the skin or body and using it in beauty or wellness treatments is known as thalassotherapy. Historical documentation talks about it as far back as 1725 in a number of different parts of the world. Fun fact: I have thalassophobia, which is a fear of the ocean or large bodies of water. Don’t invite me to the beach, please!

A lot of thalasso-therapeutic practices revolve around slightly more abstract goals, like relaxation, relieving muscle pain or helping with recovery after sport. Technically, adding magnesium salts to your bath is a kind of thalassotherapy, and a pretty widely used one. I’ve heard of thalassotherapy being popular among psoriasis sufferers (more on that later) but until I got your question, I'd not heard acne relief as a rumoured benefit.
Advertisement
I asked dermatology registrar Dr Zena Willsmore for her take – and turns out, this is a new one for her, too. "I haven’t seen any studies or research that indicates salt water might offer relief from acne," confirmed Dr Willsmore. "There are some products on the market, often from French pharmacy brands, that use magnesium and calcium salts for example, but they tend to be products designed to have an anti-inflammatory effect rather than directly anti-acne," she added.
This is where the psoriasis point comes in. The most widely cited practice of thalassotherapy tends to be what’s known as Dead Sea therapy, which is quite literally travelling to the Dead Sea to bathe in the super salty water and/or apply mud from the banks of the sea to yourself, all with the goal of relieving skin conditions like psoriasis. The Dead Sea is about ten times saltier than other seas and oceans, and it’s one of the most saline bodies of water in the world. Anecdotally, many people say that it offers them unparalleled relief and, for that reason, people often make annual trips to the Dead Sea to help manage their skin.
But as Dr Willsmore pointed out, we can’t say for certain why some people find salt water bathing to be so beneficial. "The mechanism is not fully understood," she explained. "Potentially, it could have immunomodulatory effects, which means acting to inhibit the activity of some immune cells in the skin, which could decrease the severity of something like psoriasis. But we also have the confounding factor that the Dead Sea also has strong sunlight, and the UV light can be helpful as a treatment for psoriasis, as well as the reduced stress that comes with relaxing," noted Dr Willsmore. "All of those things could be helpful in themselves. But I don't think the mechanism is fully fleshed out."

La Roche-Posay Serozinc Toner has sodium chloride (aka regular salt) and the whole Eau Thermale Avène range contains water from a spring in southern France that’s been touted for its therapeutic benefits since the 1700s. There are some small studies which indicate that the salts found in these bodies of water could be beneficial for atopic skin conditions, said Dr Willsmore, but she also noted that they are limited and more research would be needed before we could go as far as to say it’s a cure. However, it’s theorised that compounds in the water, including the salt content, could have the response Dr Willsmore mentioned and mitigate itching and irritation, for example.
Advertisement 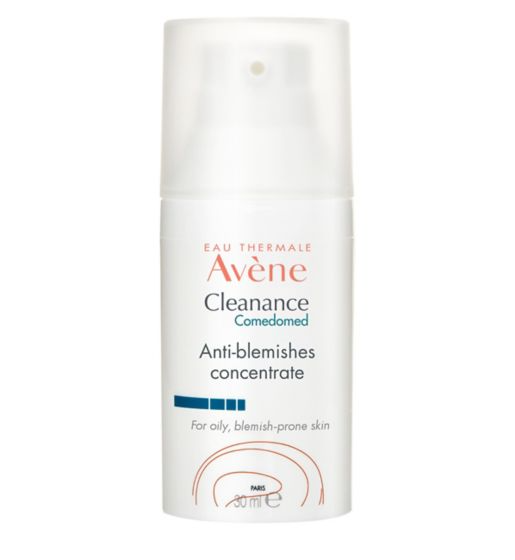 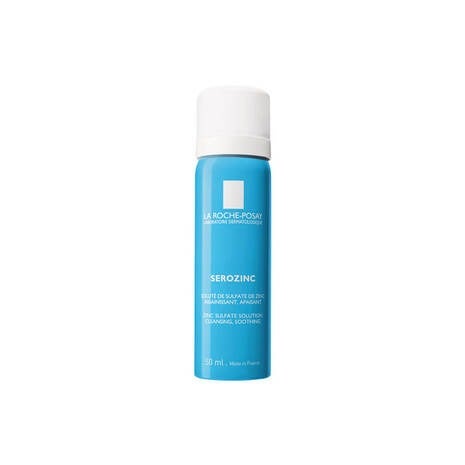 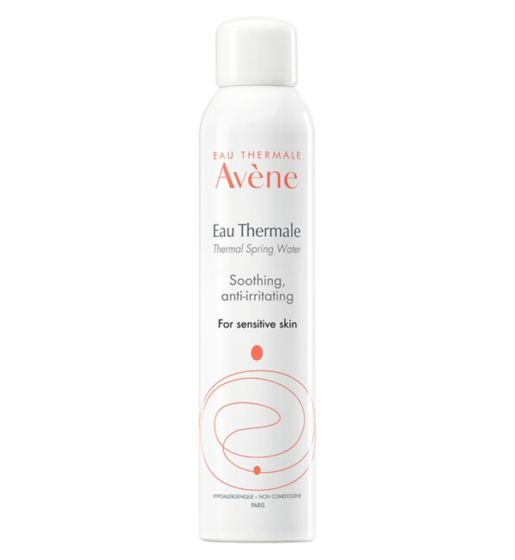 Avène
Thermal Spring Water Spray For Sensitive Skin
£13.00
Boots
So will salt water help with acne? If your acne is causing any kind of irritation, redness or soreness, it may indeed have a soothing effect. However, if your ultimate goal is simply reducing breakouts, salt water is not going to be in the top tier of treatments or ingredients you should try. For that, your best bets are going to be retinoids, chemical exfoliants and removing potentially pore-clogging ingredients from your routine (I’ve written previously about the pursuit of clear skin).
I understand the appeal of a so-called 'natural' product and I definitely understand the lure of making a toner or treatment yourself for little or no cost but I would hate to see anyone waste their time or effort. "With these kinds of DIY formulas, you have no idea how they’re going to impact your skin and you really don’t want to cause irritation because that really does make everything worse," explained Dr Willsmore. She added that just because something comes from nature, doesn’t mean it’s zero or even low risk. Remember when social media told us to put neat lemon juice on our skin or make our own essential oil blends as skincare and then both of those things turned out to be pretty dangerous?
Good luck with your skin. I know it’s tempting when something like acne is getting you down to just throw everything at the problem and see what sticks. But believe me, baby steps is the way to go.
Refinery29's selection is purely editorial and independently chosen – we only feature items we love! As part of our business model we do work with affiliates; if you directly purchase something from a link on this article, we may earn a small amount of commission. Transparency is important to us at Refinery29, if you have any questions please reach out to us.
Beauty
We Tried The Glowy Skin Tint That Broke The Internet
There are millions of brilliant beauty products out there but only a handful have achieved viral status this year. One of them is Phlur’s Missing Per
by Jacqueline Kilikita
Beauty
I Tried Caroline Hirons’ First Skincare Product & I Believe...
From Phlur’s Missing Person to Olaplex’s Clarifying Shampoo, 2022 has brought us some of the very best beauty products out there. One recent la
by Vanese Maddix
Beauty In A Tik
‘Skin Flooding’ Is The TikTok Hack My Dry Winter Skin...
Welcome to Beauty In A Tik, where each week we put TikTok’s viral beauty hacks and innovative trends to the test. There are lots of things to look fo
by Jacqueline Kilikita
Advertisement
Beauty
You’re Probably Storing Your Perfumes Wrong
TikTok is saturated with shelfie videos that show off enviable perfume collections and tips on how to make your fragrance stretch longer, and work harder,
by Millie Roberts
Beauty
15 Subtle Christmas Nail Art Trends (& Not A Candy Cane In Sight)
by Jacqueline Kilikita
Beauty
I’m An Eye Doctor & These Are 6 Habits I Avoid To Keep Mine...
A recent editorial in New York Magazine‘s The Cut addressed one of the most relatable questions that plagues us this time of year: ‘How do I lo
by Megan Decker
Beauty
Blooming Gel Is The Nail Trend You’re About To See Everywhere
View this post on Instagram A post shared by J3N NAILED IT (@j3nnailedit) Nail trends come and go quicker than we can keep up with. Some have a short shelf
by Tori Crowther
Beauty
The Best Beauty Advent Calendars For Christmas 2022
by Jacqueline Kilikita
Beauty
The Ultimate Christmas Gift Guide For The Beauty-Obsessed In Your...
by Jacqueline Kilikita
Homepage
From Glossier To Charlotte Tilbury: The Best Black Friday Beauty ...
by Esther Newman
Beauty
3 Swaps That’ll Upgrade Your Natural Hair Routine This Winter
As adults, we’ve learned that slightly changing small habits can make a huge difference, especially in our beauty routines. We diligently transition
by aimee simeon
Beauty
Is The £99 Dyson Airwrap ‘Dupe’ Any Good? We Tried It
by Alicia Lansom
Advertisement
Advertisement