Skip navigation!
Story from Beauty
Photo courtesy of Carine Roitfeld.
Despite ten years at the helm of one of the biggest fashion magazines, Vogue Paris, former editor-in-chief Carine Roitfeld reveals that she feels more at home in the world of beauty. Eight years in the making, her namesake perfume brand, Carine Roitfeld Parfums, launched last year with the 7 Lovers collection, and of course, the lineup is just as chic as you might expect. Inspired by Carine's great loves and her favourite cities, including Paris, London and New York to name a few, the brand has already amassed countless 5-star reviews and gained fans in celebrities, influencers and beauty editors worldwide.
Advertisement
"Making perfume is more me than anything else; much more me than a fashion story," Carine told Refinery29 over Zoom. Rather fittingly, Carine launched the brand onto Harrods, Net-A-Porter and her own website, but her big dream is to sell in Walmart. "I have given a lot of myself to this brand and I think that in thirty years of doing fashion, launching perfume has been the most honest thing I’ve ever done," Carine said. "I didn’t have anyone to please and I want it to be accessible for a lot of people. That is my goal."
From cannabis to coffee, the collection veers away from the usual sickly sweet celebrity offerings. Instead, each scent is unique with a timeless, Chanel-esque quality. "Perfume has the same ingredients for everyone," said Carine, who refers to her brand as genderless. "It's a question of taste at the end of everything," she added. It isn't just perfume Carine is well versed in, though. Ahead, she talks all things beauty, including the secret ingredients to acing accidentally perfect French hair and makeup, and the biggest beauty trends emerging from Paris right now. 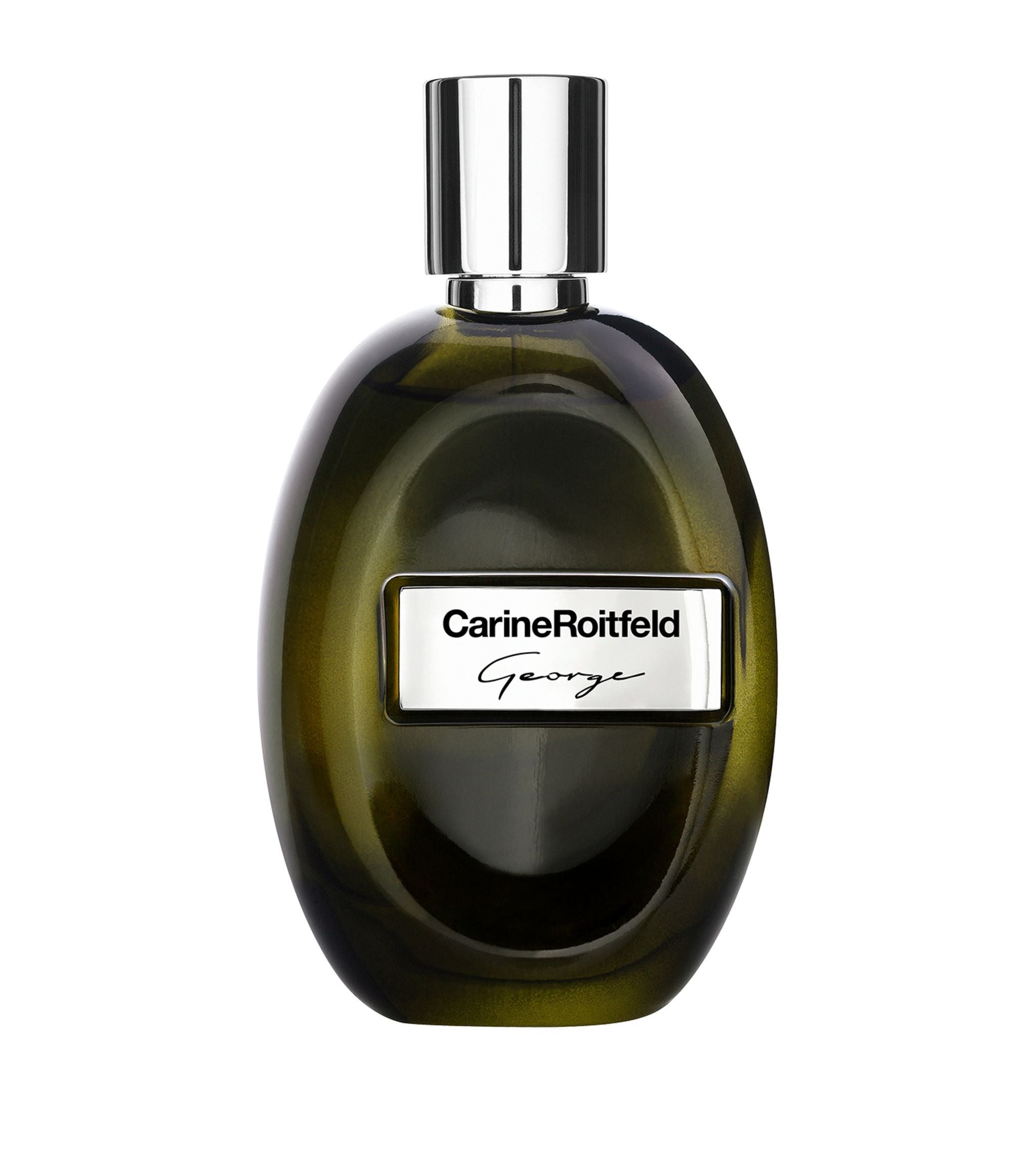 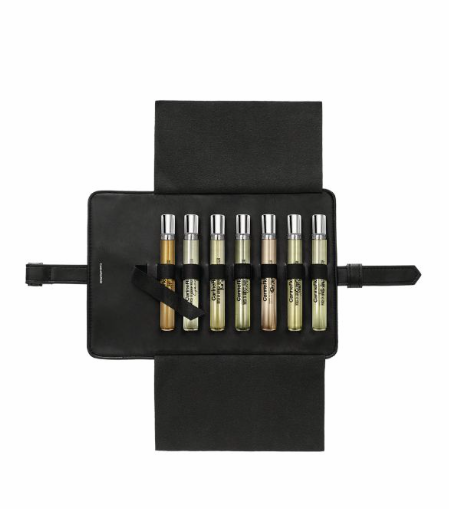 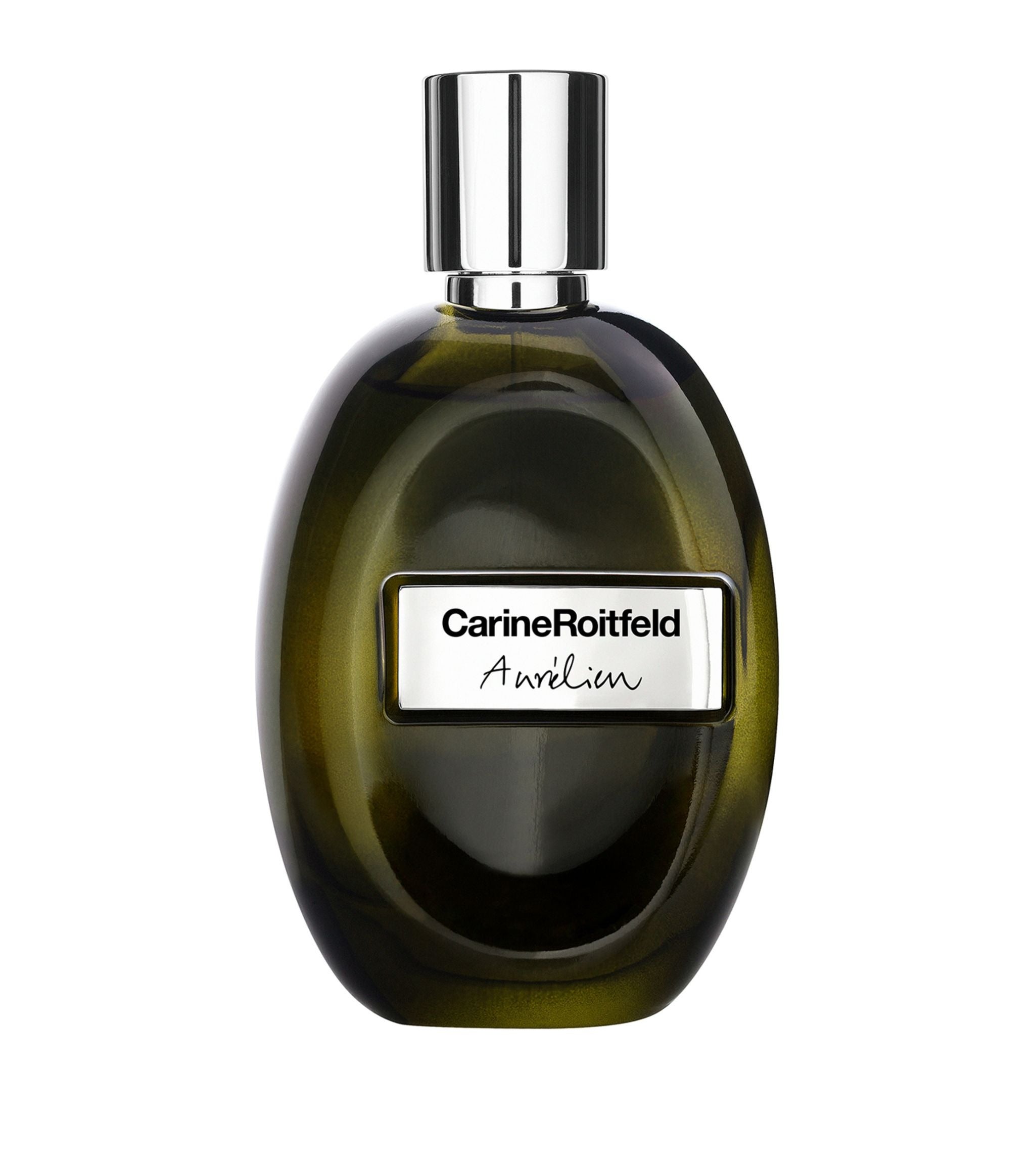 The key to nailing the effortless French girl aesthetic is simple

"When you go to a fashion show in New York, there is a big difference between a French editor and an American editor," said Carine. "The American editor will look perfect. The hair, the nails, everything is great. The French editor is a bit more cool, let's say." There's less perfection and less everything, says Carine. "We use less foundation and less lipstick, because we don't like to use a lot of product. It's like fashion. We are very quiet in a way and we don't like that people stare at us, whether that's what we’re wearing or the colour of our hair." According to Carine, everything should be invisible. "It’s not about the dress we’re wearing under a coat, it's the coat itself," said Carine. "It’s about tiny details and not over-showing anything immediately. That’s the French way. While it's not really minimal, it's not choosing a lot."
Advertisement
Carine is even launching her own makeup, starting with just a handful of products. But unlike other beauty brands, busy colours won't factor in. "I'm going to make my dream colours, mostly black," said Carine, whose signature beauty look is bold brows and lashings of smoky, kohl liner. "I know everything I want but never find it in one brand," she said, "So I'll start with the eyes, which will be lots of different kinds of black."
Carine's approach to makeup is minimal, and so is taking it off. "If you want nice eye makeup the next day, the key is not to remove it totally," she told R29. "Leave a little bit and then next morning it’s going to be inside your skin and it’s going to look sexy. Imperfect is better. I much prefer doing my makeup myself."

These are the biggest Parisian beauty trends to try now

Instagram makeup artists are making a case for the skinny brow. But Paris, the bushy brow trend shows no sign of slowing down. "I'm lucky, because big eyebrows came back! In England, you have Cara Delevingne. She stole my eyebrows," Carine joked. "It’s something that gives you personality and character immediately."
Faux freckles are also going nowhere. "This is still a big trend, as they make you look younger and more sunny-skinned," said Carine. "Of course, French people take care not to destroy our skin with the sun, but not as much as other countries... I also love a bit of sparkle with a wet-look eye. I really like that, but it has to be just a little."
Advertisement 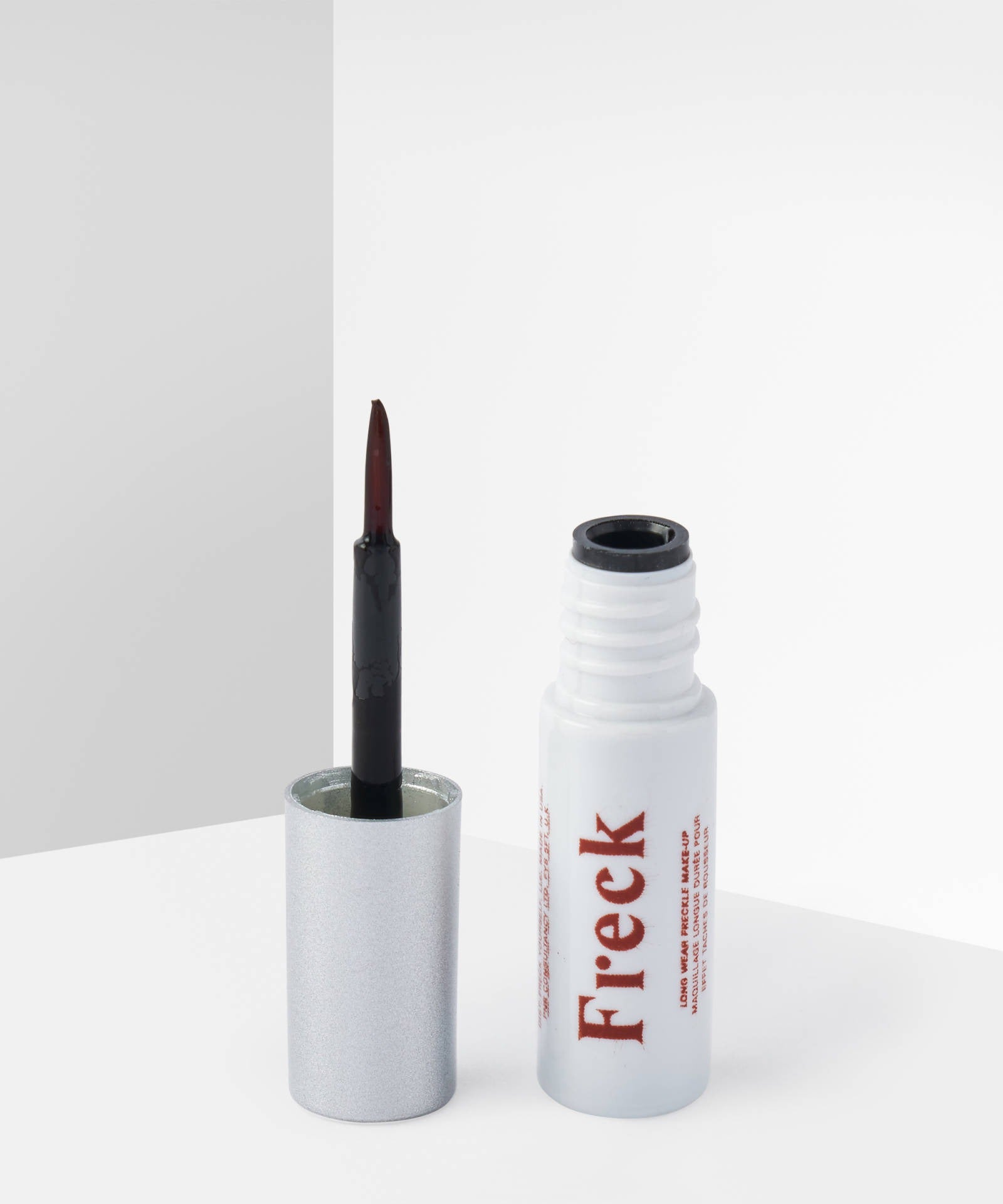 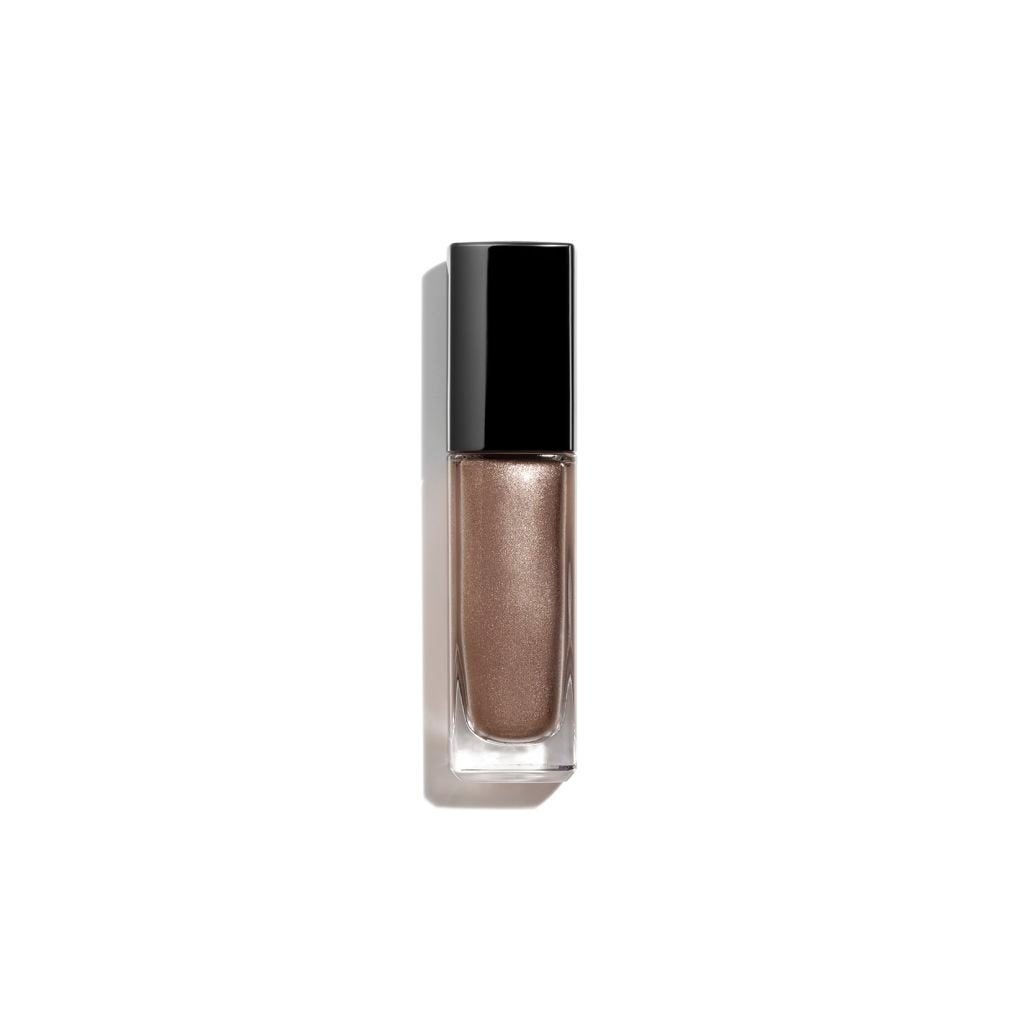 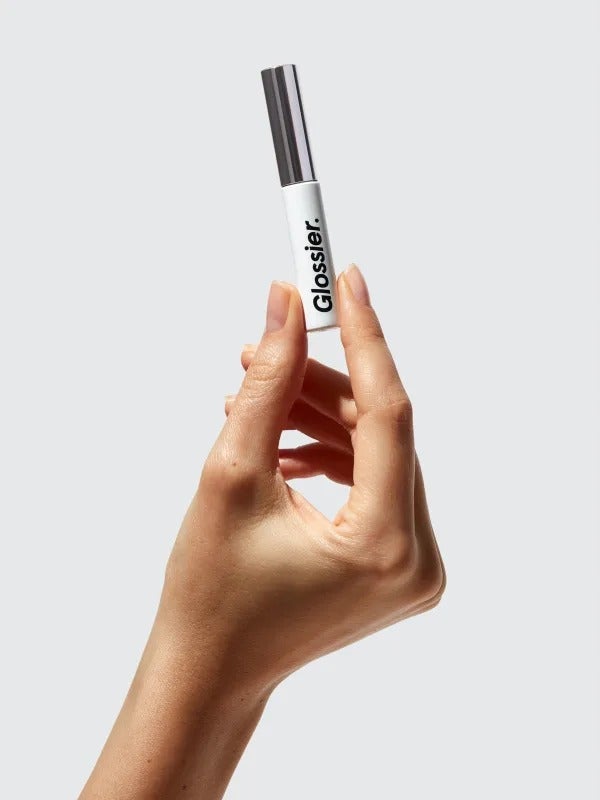 How to layer fragrance the French way

"Perfume is in the French DNA and most of the iconic fragrances have been made in France," said Carine. "When I was growing up, there were not that many perfumes to choose from, so you could really remember someone by their scent, which was used as a charm." Carine's advice for finding a fragrance unique to you is to blend two together. "People were not so different then, but now you can be," said Carine. "You can create a special smell just for you with two perfumes."
Start by layering each perfume in the same place, such as your wrist or neck and don't wait for the first spritz to dry, so that they mesh easily. Start with something subtle, but pretty much everything works with florals.

This is the secret to accidentally perfect French hair

Carine may have access to some of the best hairstylists in the business, but staying true to her undone aesthetic, she prefers to do her hair at home. "I even cut it myself and it’s actually been a big success," said Carine. "When I was a little girl, my mother used to cut my bangs, and it was terrible. Whenever I went to class, people would say, 'Oh your mum cuts your hair?' Kids at school weren't very nice. Now, I make it good myself. It's actually impossible to copy my haircut because it’s got a lot of different lengths!"
Inspired? Here's how to cut your hair yourself, without regretting it.
Refinery29's selection is purely editorial and independently chosen – we only feature items we love! As part of our business model we do work with affiliates; if you directly purchase something from a link on this article, we may earn a small amount of commission. Transparency is important to us at Refinery29, if you have any questions please reach out to us.
Beauty
What Is A Comedone Extractor — & How Does It Work?
At Refinery29, we’re here to help you navigate this overwhelming world of stuff. All of our picks are independently selected and curated by the editorial
by Megan Decker
Beauty
13 Fresh Autumn Haircut Trends By London’s Top Stylists
by Jacqueline Kilikita
Celebrity Beauty
How MJ Rodriguez Solidified Her Beauty Icon Status At The Emmys
by Megan Decker
Advertisement
Beauty
Niod Is The Ordinary’s Chic Big Sister & The Skincare Produ...
Everyone’s heard of The Ordinary. Whether you’re skincare obsessed or not, chances are you’ve incorporated at least one of its Instagram-
by Jacqueline Kilikita
Beauty
Black Women’s Hair Relaxers Could Be Harming Us
Almost every Black woman I know has had her hair relaxed at some point in her life. That’s not an exaggeration. From friends and family, to co-worke
by Seyi Falodun-Liburd
Beauty
The Coolest Haircut Trends London Fashion Week Street Style Has T...
by Jacqueline Kilikita
Beauty
A Facialist Gave Me This Advice To Delay Forehead Botox
Sometime during the pandemic years, the two razor-fine lines running horizontally across my forehead have gone from emotion-activated — popping up only w
by Megan Decker
Beauty
What Does 30 Look Like Now We’ve All Lost Touch With Ageing?
Full disclosure, I’m over 30. Most of my friends are in the same age bracket as me and there’s one phrase we’re all very used to hearing: 
by Lucy Thorpe
Beauty
5 CeraVe Products R29’s Beauty Editor Relies On For Glowing...
by Jacqueline Kilikita
Beauty
This Viral Hair Treatment’s Sales Spiked 11,000% In Lockdown
Lockdowns have a habit of creeping up on us. And though we’re out here getting vaxxed, doing our part and counting our blessings, our locks could definit
by Pema Bakshi
Beauty
10 Skincare Products Worth The Splurge, According To Dermatologists
Dear Daniela, Skincare shopping confuses me sometimes because the prices can really be all over the place. I love how many affordable options are starting
by Daniela Morosini
Beauty
Want Longer Eyelashes? Read This First
Like the hairs on the top of our head, the tiny lashes growing out of our eyelids follow a natural growth pattern, which means there’s no overnight f
by Megan Decker
Advertisement
Advertisement