Using cosmetics in the same way that women during the era, such as taking an all-over rouge and using it as both blush and eyeshadow, was something that helped the makeup feel more authentic. “We wanted to be true to the way that they did makeup in those times, so I used a lot of gel kohl liner for the early '80s, because Patrizia had more of a smudged makeup look. I’d use gel kohl and smudge it in with a brush and into the crease so it looked real and a little bit messy, like she had been living in it all day,” says Tanno. However, it was difficult to find modern versions of certain cosmetics that they wanted to use, which is where Gaga’s own cosmetics brand, Haus Laboratories, came in. The recently released Casa Gaga makeup collection, which Gaga has described as “a love letter to Italy,” was used all throughout the film, and served as the missing piece to the vintage formulas they needed. “We did use all of the new collection, especially in those earlier time periods,” says Tanno. “The formulas were so specific so it was good that we developed it, especially the highlighter. If you look in the '70s and '80s, there was this fine glitter, almost like a glaze, that was hard to find in current products because everything has such a large, chunky pearl.”
Tanno used the Tutti Gel Powder Highlighter on Gaga to replicate the real-life Patrizia’s penchant for a “really strong golden highlighter” that went into the brow and on top of the lid. “We just wanted to use products that were of the time for the character, but it wasn't modelled after Patrizia in any way,” she says. The La Luce Lip Glaze, which comes in three shades named after Italian desserts, was a “modernized frosted lipstick,” according to Tanno. “In the movie, she wears a lot of frosted lip tones, so this was a really cool and interesting, modern way to do a frosted lip, by glazing it.” There’s also the Tanti Baci Extreme Creme Mini Lipstick Set, which includes five mini lipsticks that are each named after an Italian icon.
Advertisement 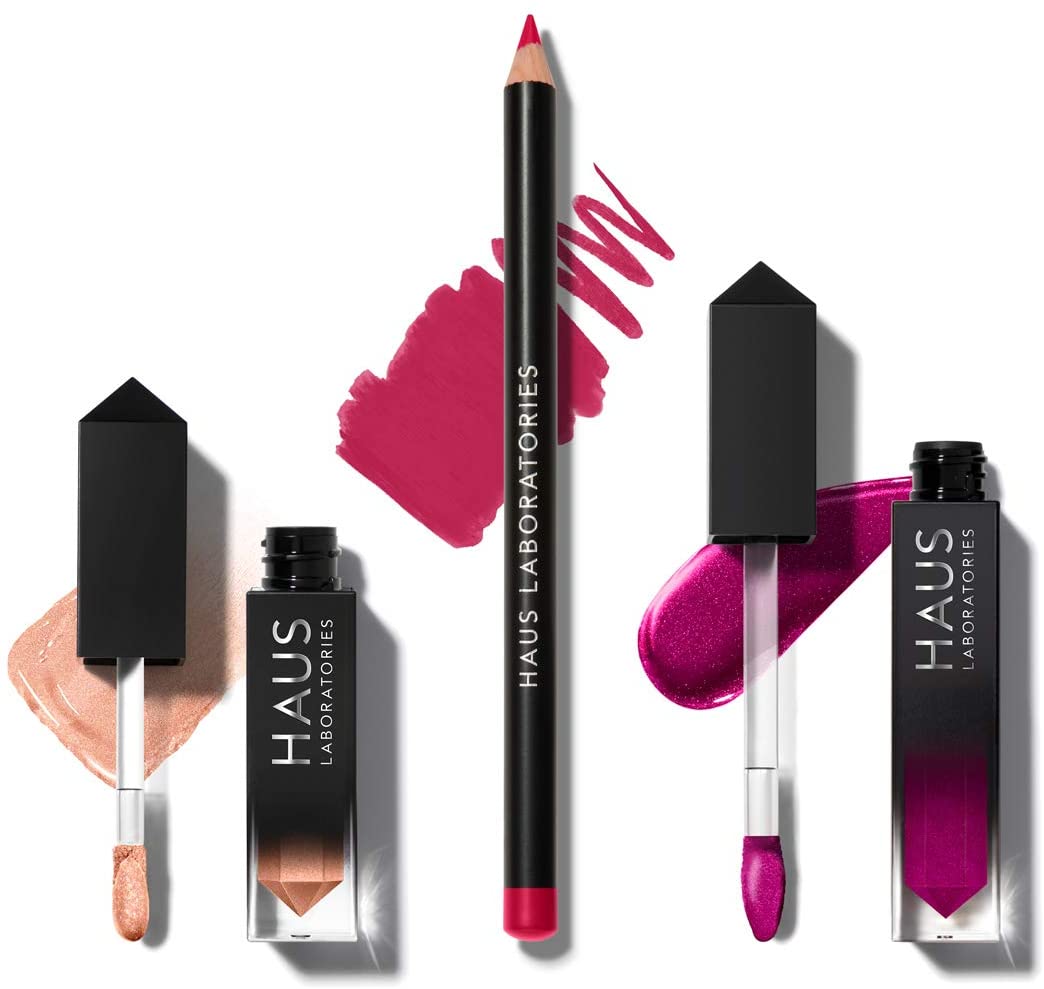 Haus Laboratories
Haus Laboratories By Lady Gaga: Armor Masq...
$38.56
Amazon Australia
“The two shades that stood out the most in these times were a really beautiful coral which we named after Sophia [Loren] because you would always think that she would be known for wearing a red lip, but if you look at past images of her, it really is a softer coral. So we use a lot of that during the movie,” says Tanno. “And then in a few scenes, it's the Gina [after Lollobrigida], which is a little bit like a punchier coral, because those were a lot of popular lip shades in Italy at that time.” For the scene where Patrizia, dressed as Elizabeth Taylor, meets Mauricio at a party, Gaga wore her namesake shade, Stefania, a vibrant red, which is one of the only times in the movie where she wears a crimson lip. “To me that felt really like an iconic part of the movie, so we wanted to include the red lip,” says Tanno. “And that's why it also was featured on the poster because it just felt so strong and powerful, which is what her character emulates.”
Photo: Courtesy of Metro Goldwyn Mayer Pictures Inc.