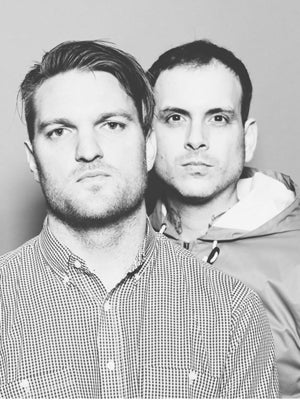 There’s nothing better than live music. Except, of course, live music in intimate settings! For nearly 30 years, Jerry Bryant has been playing host to an insane roster of bands (think Smashing Pumpkins, Radiohead, Dave Matthews Band, INXS — need we go on?) that perform in his multimillion dollar, state-of-the-art studio downtown for his nationally syndicated television program, JBTV. But we’re about to let you in on a little well-known secret: You can totally go to the tapings! All you have to do is RSVP — and maybe tell your boss you’re (cough cough) sick.
This week is as good as any — with a killer lineup that includes West Coast crooners Shiny Toy Guns, JBTV is the place to be. A little tip? Head over a little early to get a front-row spot in line and to scope the place out — Bryant keeps a signed memento from every act that passes through his doors, making the studio a venerable museum of rock ‘n’ roll. Here's the scoop:
Advertisement

Indie-rock group Five Knives hits the studio on Tuesday for a night taping — you won’t even have to play hooky to catch this one!

After taking a hiatus from the band, original singer Carah Faye is back with STG, and we couldn’t be more excited! The group drops by JBTV to perform hits from its latest collab effort, III.

This unusually large group (there’s, count ‘em!, eight band members!) all but takes over the stage on Friday.

Come out to show these local rockers some hometown love on Sunday!