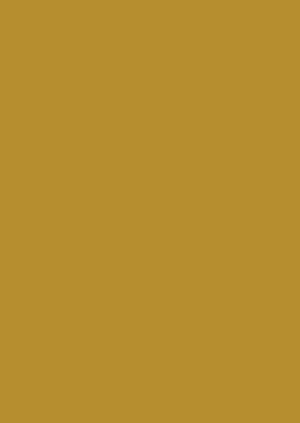 Hair can mean many things to a person. It can be a way to express a mood or vibe. It can be a connection to your ancestors or a means of making a statement (political or personal). At the very least, hair can be a way to just make yourself feel and look good. But for many women, the sudden absence of hair can result in insurmountable feelings of sadness, anger, confusion, and loss that disrupts their lives completely.
But why does it have to be this way? Why is being bald perceived so negatively? For as long as the world has existed, society's standards of beauty has told us that women with full heads of hair and locks that graze their waist are the picture of femininity and elegance (see: the Birth of Venus). But in actuality, female baldness is more than beautiful — it's boldness. It's confidence. It's a redefinition of social norms. It's power.
Advertisement
We spoke to four women who are reclaiming what it means and looks like to live with alopecia. These images are part of a larger stock image shoot Refinery29 recently shot to increase visibility for people living with hair loss. Ahead, in their own words, why hair — and hair loss — does not define them.
Editor’s note: The following article includes details about domestic violence, and may be distressing for some readers. Please proceed thoughtfully. This interview has been edited for length and clarity.

Photographed by Elena Mudd.
"I was 13 when I started to lose my hair. After one swim practice, I went to rinse the chlorine off myself and afterwards, as I was brushing my hair, I noticed several large clumps being pulled away with the brush. I panicked. What ensued in the following months changed my world more than I could have possibly imagined. Doctor after doctor ran test after test. Some inserted needles into the epidermis of my head, injecting me with steroids to promote hair growth, others delicately offered contact information for the “best” wig stores near me, specialising in hairpieces for those with hair loss resulting from radiation, chemotherapy, or alopecia areata, a term that for me long felt like acid on the tongue. This was only the beginning.
"I lost all my hair, eyelashes and eyebrows, before my 14th birthday, and it hasn’t grown back since. When I first lost my hair, I felt like part of me had died. It seems dramatic, but in a culture obsessed with painting femininity as long flowing hair and smooth skin with small delicate features, I really didn’t check any of the other boxes. My mental health deteriorated. I wanted so badly to look like other people, and I knew it wasn’t possible. I wore bad wigs for about six years because they were all I had to fake a sense of normalcy, but something clicked when I got to college. I realised, in the best way, that absolutely no one cares what I look like.
Advertisement
"I have been completely bald for about 12 years now and I couldn’t feel more like myself. I gave up the idea of having hair ever again a long time ago, which admittedly brings me a tremendous peace. When I reflect on old photos, it makes me want to give young Han a hug, because if only she knew the strength and self-assurance she possessed, she would never want to look like anyone else. I feel the most beautiful and like myself when I remember I am love. I have love, I give love to friends and my partner, and family. I receive love from them unconditionally. There was a time in my life I didn’t think I was worthy of that."

Photographed by Elena Mudd.
"I lost my hair when I was 19. It took a year to be officially diagnosed with alopecia areata totalis, a genetic and rare autoimmune disease, but my hair fell out all at once in matter of a few months. My hair loss used to be something that brought me a lot of pain and shame, something I referred to as a flaw. I wore wigs for the first three years and hid it from everyone with the exception of my parents and siblings. It took a huge toll on my mental health. I went through a bit of an identity crisis. I felt like I had lost my femininity and was no longer a complete woman or even someone that deserved to be loved. I no longer recognised myself and for years, I couldn’t look at myself in the mirror without a wig on. I felt like the woman I was meant to be was robbed from me. At the age of 20, I was really struggling with depression and was suicidal for a short period of time. I was in an aggressive therapy program and tried to work through these identity issues. I had to take a break from school, work, and relationships.
Advertisement
"When I moved to NY at the age of 23 I had finally accepted the fact that I would never have hair again, but I still needed to fall in love with the new woman that was staring back at me. I was battling my inner self that was still carrying a lot of shame, but at the same time the wigs stopped feeling comfortable and started to feel like a foreign object on my head. The shame of hiding my alopecia became more overwhelming than the idea of going wig-less and living life as a bald woman, which ultimately pushed me to be open and accepting of my hair loss. I stopped wearing wigs in 2017 and never looked back.
"Being a Black woman in today’s society and growing up realising that you are not what society deems to be the ideal 'beauty standard' was hard enough. I assumed I wouldn’t be accepted by others, but to my surprise once I started sharing my bald head with the world, most people embraced me with love and admiration. I have a really strong support system — my family has been there every step of the way and I know I wouldn’t be here today without them.
Now, being bald has become one of my favorite things about myself. I am so proud of the beautiful woman I am today. This took a lot of soul searching and a lot of tears. If I could snap my fingers and have my hair back tomorrow I wouldn’t. I am a proud alopecian and would never have it another way. I feel like when you are able to truly love yourself, feeling beautiful is a constant."
Advertisement

Photographed by Elena Mudd
"I was 16 years old when my mom noticed my first bald spot on the back of my head. I was in denial and waited months to go to a dermatologist where I was then 'diagnosed' with alopecia areata. I was given creams, pills, shampoos, and steroids shots, and it became a back and forth battle between the hair growth and the hair loss. My hair was curly so I was able to come up with specific hairstyles to cover up my spots. However, there came a point where I could not cover them any longer. When I started college, I lost my lashes and eyebrows rapidly. My bald patches were connecting and creating larger patches. I began wearing head scarves every single day because I was afraid someone would see my bald spots. I was 19 years old and questioning my entire career choice. I would think, how could I be in front of a camera? I have no lashes, eyebrows, or hair.
"There came a point where the treatments were not working and I was just simply exhausted from trying to 'fix' or find a 'cure' to what I have. The pandemic definitely gave me a lot of time to reflect and the summer of 2020, I made the decision to shave my head. I felt so relieved. Even though I did not walk out my house bald right away, when I was ready, I started to embrace it.
"I am still learning to accept my hair, even with all its uncertainties. Because I have alopecia Areata, I have bald patches that come and go. It certainly has taken a toll on my mental health. It took a while for me to start accepting my hair loss. When I see my hair start growing, I get frustrated because I know it's going to fall out again. Going out is not the same — people staring is overwhelming. You start questioning what people are thinking as you walk in a room.
Advertisement
"I’m grateful I found a support group through The National Alopecia Areata Foundation. It was the first time I was surrounded by people who understood me. That's where I met Lindsey Sullivan, the group leader, who also has alopecia and never fails to have a smile on her face. I look up to Christie Valdiserri, the founder of The Baldtourge, a community of women and girls that are navigating hair loss. Anytime she holds an event I'm eager to go. These are opportunities where I get to be surrounded by women who look like me. It is so empowering. Christie reminds me that bald is bold.
"I had to feel comfortable acknowledging my hair loss and what I was going through before I was able to share my story with others. Listening to other people's hair loss journeys inspires me so much. I am not yet 100% comfortable or confident opening up about my hair loss, but the reason I do it is so that I might help others."