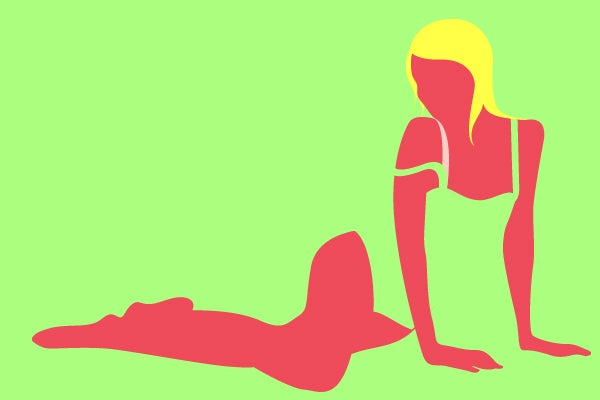 So despite your best efforts (or, let's be real, you just forgot to put suncream on) this weekend, you OD'ed on outdoor time and now have the painful, seared, angry red skin to prove it. The kind of burn where the mere act of putting cloth against your skin causes you to howl in agony. No fun.
While you may be making vows now about your future sunscreen use, that doesn't do your singed skin any good right now. You need relief and you need it right this second. According to Dr. Elizabeth Tanzi, co-director of the Washington Institute of Dermatologic Laser Surgery in Washington, D.C., your first course of action upon realising you've been burned is to get your pink self out of the sun, pronto. "Drink plenty of water to rehydrate, because a lot of water is lost through the skin, and take a non-steroidal anti-inflammatory medicine like Ibuprofen," she adds.
Advertisement
While your first instinct might be to slather on the thickest, most hydrating body butter you can find, Dr. Tanzi says to avoid that urge: Thick creams can be occlusive, and actually trap the heat, she says. Instead, apply a light moisturising lotion, preferably one that's been pre-chilled in the fridge, to cool and hydrate the skin. And, while it might seem played out, according to celebrity aesthetician Joanna Vargas, aloe really is the best post-sun treatment. "The skin keeps burning for hours after you come out of the sun, so you need to stop it by putting aloe gel on it," she says. Having trouble sleeping? Vargas says she has taped open aloe leaves to burn sites on her body to sleep in — she claims it really works to take down inflammation right away.
But aloe, Ibuprofen, and water aren't your only (sun)burn triage options — we asked Vargas to help us concoct some at-home, all-natural treatments you can do to soothe and repair your damaged dermis. Read on to see how to take the sting out of your sunburn and pamper your skin, all at the same time. 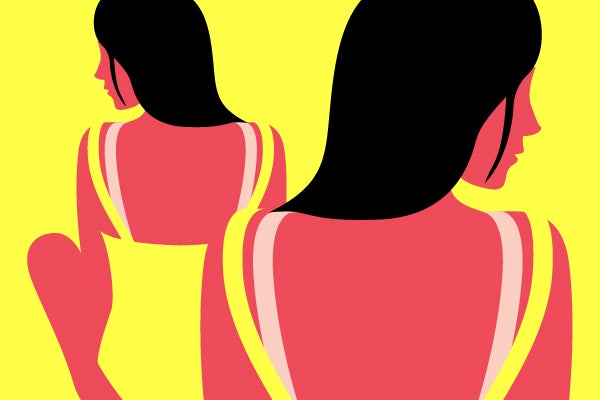 Soothing Aloe Mask
3 tbsp aloe vera juice
1 tbsp aloe vera gel
2 drops rose oil
Combine ingredients in a small bowl, then apply with cotton ball to damaged area for 20 minutes. Cools the redness and speeds the healing of the skin.
Cooling Yoghurt Remedy
8 tbsp yoghurt
2 tbsp honey
Apply for 15 minutes, then rinse with tepid water. Honey hydrates while the yoghurt takes the inflammation away.
Advertisement
Avocado Healer
3 tbsp olive oil
1/2 avocado, peeled and pitted
Apply for 15 minutes, then rinse with tepid water. Avocado is an anti-inflammatory that hydrates and provides essential vitamins, while the olive oil softens sun-damaged skin immediately.
Cucumber Chamomile Compress
1/2 mug chamomile tea
1 tsp rosemary
1 tbsp milk
3 slices cucumber
Apply compress for 20 minutes to affected area. Cucumber cools and takes away inflammation, as does the chamomile, milk, and rosemary.
Most Wanted
Augustinus Bader Just Launched An Oily Skin-Version Of Its Best-S...
Augustinus Bader needs no introduction. The brand has popped off in the skin-care space, thanks to its supercharged moisturisers — which are basically l
by Karina Hoshikawa
Beauty
Facetheory Is Just As Impressive As The Ordinary (& Affordable, Too)
There are a handful of cult skincare brands you’re likely to spot when scouring #shelfies belonging to beauty influencers, dermatologists and makeup
by Jacqueline Kilikita
Acne Skin-Care Guide
No One Told Me My Acne Would Make Me Hate Myself
I spent almost all of my teen years dealing with severe, all-over acne; the super pissed-off, red kind that only seemed to act as a visual representation o
by Karina Hoshikawa
Advertisement
Beauty
Is ‘Reef Safe’ Sunscreen A Big Scam?
What do you look for in a sunscreen? Perhaps it’s a high factor to ensure you’re protecting your skin for longer. Maybe it’s a non-comedo
by Jacqueline Kilikita
Acne Skin-Care Guide
I Write About Beauty For A Living & Have Had Acne For Over Half M...
If you told teenage me that one day in the not-too-distant future that I’d be making a living and writing and reporting about the beauty industry, I&
by Karina Hoshikawa
Beauty
This TikTok-Viral Serum Made My Skin Look The Best It’s Eve...
If I were to describe my relationship with my skin, I would say it was turbulent at best. An obligatory smattering of whiteheads in my teens was followed b
by Maybelle Morgan
Skin Care
This Cooling Hemp Skincare Line Is A Hot-Weather Hack
Chances are your skincare routine needs to adjust to the extreme heat and sun exposure during peak summertime. For me, it means swapping out heavy creams f
by Jinnie Lee
Beauty
Skincare Experts Are Ditching Vitamin C — Because This Is Even Be...
There’s a reason why everyone’s so intrigued by vitamin C in skincare right now. As an antioxidant, the ingredient works to defend skin against
by Jacqueline Kilikita
Beauty
The Concerning Reason Why Experts Don’t Like This SPF
Gone are the days when sunscreen was an afterthought on a scorching day, something you’d pick up from the airport Boots pre-holiday. In 2022 we’
by Jacqueline Kilikita
Beauty
Does SPF In Makeup Actually Count As Sunscreen?
I like the way my tinted sunscreen makes my skin look, but beyond that, I love that it’s protecting me from UV damage, wrinkles, and potential skin cance
by Megan Decker
Acne Diaries
I’m A Dermatologist With Acne & I Swear By This £7.99 Product
by Dr Anjali Mahto
Most Wanted
I Tested The Top-Rated Anti-Chafe Balm With Over 29K Reviews
Ready or not, summer is here — the rise in temperature, excessive sweating, and dreaded chafing have all started. As your resident plus-size girlie with
by Chichi Offor
Advertisement
Advertisement