Skip navigation!
Photo: Gotham/GC Images.
With lockdown behind us and nearly half of the country vaccinated, going out is once again a viable option. To do so in style, you need little more than a good party dress and a pair of show-stopping shoes. It’s no wonder that in the past two weeks alone, searches for platform heels have spiked 21% on global fashion shopping platform Lyst. Whether you’re ready or not, it’s time to trade in your house slippers for a pair of sky-is-the-limit heels.
The person responsible for the rise in demand for heels that look divine but could easily result in an ankle brace, is a fictional character whose popularity traces back to the late '90s. You guessed it, we’re talking about the one and only Carrie Bradshaw, central figure of the Sex and the City pandemic rewatch and reboot, which is currently filming in New York City. Carrie’s alter ego, actress Sarah Jessica Parker, was spotted on set on two occasions in July, wearing precious and precarious brass-coloured Saint Laurent platforms. The show’s costume designers Molly Rogers and Danny Santiago paired the vintage heels with a rainbow sequin dress and Carrie’s signature purple Fendi baguette bag. (Off camera, the actress toted around a WNYC tote bag.) And Just Like That… the teetering shoe style went viral.
Advertisement
Photo: Gotham/GC Images.
But while the Carrie craze was the catalyst behind the recent spike in searches for platform heels, countless icons have been teetering in the style since lockdown ended. Already this summer, we’ve seen Dua Lipa model lemon-yellow Versace platforms in the Italian brand’s fall ‘21 campaign, followed by Ariana Grande and Florence Pugh in the same pair (though Pugh’s were hot pink instead of yellow). There was also “Good 4 U” singer Olivia Rodrigo, who rocked a pair of Giuseppe Zanotti platforms with a vintage Chanel suit at The White House. (She also wore a teal pair to the prom she threw for her new album.)
Even with a combined 344.1 million Instagram followers across the accounts of Lipa, Grande, Pugh, and Rodrigo, their influence over our footwear choices doesn’t even come close to Carrie’s. Only her collection of Manolo Blahniks and Jimmy Choos has lived rent-free in our minds since 1998. And if she says that it’s time to go platform, we can’t help but wonder... who are we to argue?
Shop this Carrie-approved footwear trend, below. 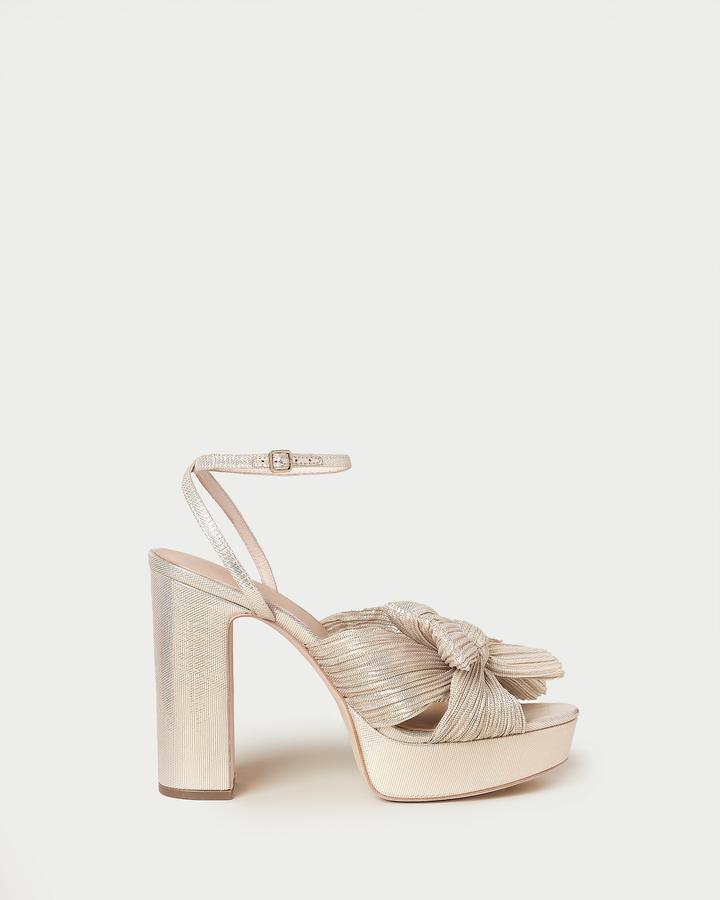 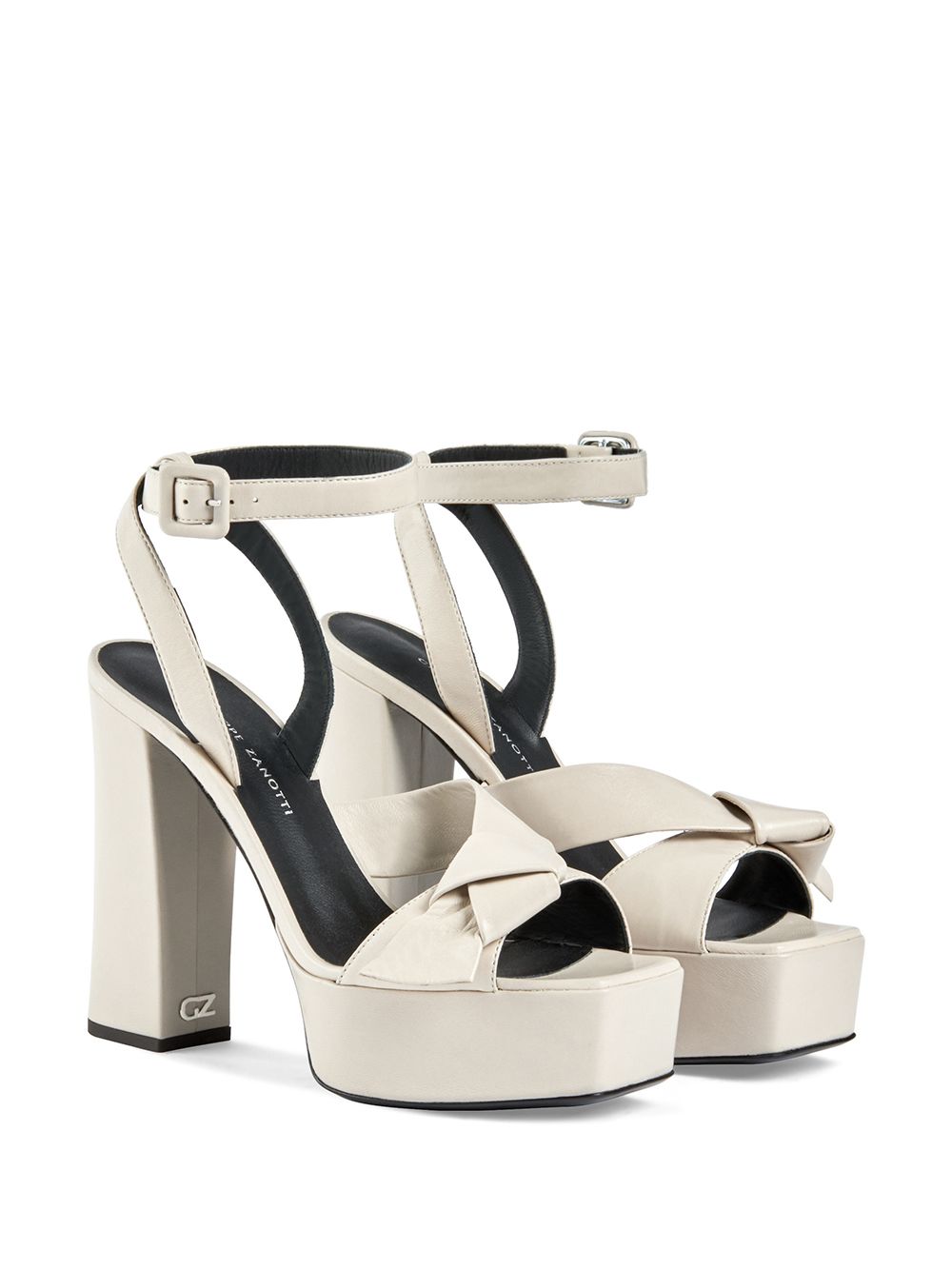 Giuseppe Zanotti
High-heel Platform Sandals
C$685.00C$1370.00
Farfetch
At Refinery29, we’re here to help you navigate this overwhelming world of stuff. All of our market picks are independently selected and curated by the editorial team. If you buy something we link to on our site, Refinery29 may earn commission.
Fashion
We Found A Wearable Alternative To This Season’s Most Risqué Goin...
When celebrities first started wearing pin tops earlier this summer, we were skeptical. How is a top held together by a barely-there slice of metal suppose
by Eliza Huber
Fashion
Spring’s Top Runway Trends Look To The Past For The Future
by Eliza Huber
Fashion
Are Triple Bags The New Double Bags?
If you’re the type who finds themself carrying both a bag the size of a pack of gum for the sake of fashion and a grubby tote for everything you actually
by Eliza Huber
Advertisement
Fashion
Low-Rise Haters, Meet The V-Pant: Your Worst Nightmare That’s Tre...
Few items of clothing have been talked about over the last two decades with more disdain than the low-rise jean. Once a staple in the world of early-aughts
by Eliza Huber
Fashion
29 Big (Fashion) Ideas
After a year of digital fashion shows, this month’s New York Fashion Week marks the official return to in-person designer showcases. But if the past 18 m
by Irina Grechko
Fashion
Fashion’s Favourite “Ugly” Shoe Is Getting The Elevated Treatment
In April, Bottega Veneta’s creative director Daniel Lee held an exclusive runway show at Berghain, Berlin’s famously impossible-to-get-into den of deba
by Eliza Huber
Fashion
Meet The People Using ‘Dopamine Dressing’ To Boost Th...
The transition period between coronavirus restrictions lifting and travel restarting was deemed ‘Hot Vax Summer‘ by the masses (namely TikTok u
by Beth Ashley
Fashion
Colourblocking Is The One Trend From the 2010s I Can Get Behind
I blame the early 2010s street style boom for my obsession with colourblocking. Back in 2011, when the trend emerged in the pictures of bloggers from The S
by Frances Solá-Sant...
Fashion
Fall’s Top Trends Combine The Best Parts Of Party Fashion & Leisu...
This fall, there's a trend for every COVID-era mood (of which there are many).
by Eliza Huber
Fashion
Why Are Guys In Body Jewelry So Hot? A Very Serious Investigation
From nipple rings to cartilage piercings, welcome the rise of thirst body jewelry.
by Eliza Huber
Fashion
How Bratz Dolls Became 2021’s Biggest Style Muses
From chunky boots to micro-mini skirts — if today's top trends look familiar, you probably saw them on a Bratz doll first.
by Eliza Huber
Fashion
When Did Bikinis Get So Small?
Last summer, during a week-long stint at my mom’s house on Lake Michigan, I stepped into the kitchen wearing a red bikini. Heading for the door toward th
by Eliza Huber
Advertisement