Skip navigation!
Story from Fashion
Photo: Backgrid.
On Tuesday, Milo Ventimiglia — or as I prefer to remember him, Gilmore Girls’ Jess (aka my first crush) — was photographed post-gym wearing what can only be described as a thirst-trap outfit. For the occasion, the This Is Us star sported a vintage-looking T-shirt with the sleeves rolled up, Converse high tops, and classic Ray-Ban Wayfarers. On his face was an evolvetogether mask; on his legs, the shortest shorts I’ve ever seen. As he sped away in a sports car, he threw up a peace sign for the paparazzi. And just like that, the only good Gilmore boy (fight me) kick-started what I am now calling the Summer of Short Shorts.
Advertisement
The return of ‘70s-era — think: Steve McQueen in The Thomas Crown Affair — and ‘90s-era — Scott Speedman (Team Ben) in Season 1 of Felicity — uber-short men's shorts has been coming for some time. Over the last year, inseams for gym shorts and swim trunks have slowly but surely inched their way up, while TikTok's #5inchseam, which sees users sharing their love of shorter shorts for men, has been trending. (It now has 28.4 million views.) The reason for their growing popularity? Like with the year's other thirst trap fashion item, the culprit is Normal People’s Connell Waldron (aka my most recent crush). In addition to sending every man to the jewelry store for a silver chain necklace with @connellschain and solidifying the men’s jewelry trend, Paul Mescal’s TV character is also guilty of bringing about the return of tiny shorts.

A post shared by Nothing But Normal People (@nothingbutnormalpeople)

In the show’s premiere, Mescal made Gaelic football, a mix between European football/American soccer and rugby, look like the hottest sport in the world thanks to the skimpy nature of his blue-and-gold uniform shorts. Off-screen, with his chain in tow, Mescal continued to wear shorts on the shorter side, too. Following the release of Normal People in April of 2020, the show’s male lead was spotted on countless occasions jogging through London and popping into the local Co-op while wearing a pair of O’Neills athletic shorts. When Gucci released a similarly skimpy pair, Twitter fans of the show rightfully wondered if the brand would send a pair to Mescal. Fellow jewelry wearer and everyone's forever heartthrob Harry Styles followed suit last summer, running through Rome in a Nike tank top and tiny shorts of his own. And then there was Michael B. Jordan (yep, another crush), who traded in his typically long gym shorts for a pair of bright blue swimming trunks with a welcomed mid-thigh inseam while on a vacation in St. Barts.
Advertisement

Brands, too, began minimizing the coverage on their shorts. Isabel Marant’s men’s swim trunks have gotten skimpier with each warm-weather season, with this summer’s selection including slits up both sides of the shorts for even more leg cleavage. Swedish men’s underwear brand CDLP went even shorter, making what appears to be swim trunks with a two-inch inseam. And, of course, there are Patagonia’s Baggies, the five-inch seam, $69 shorts that went viral last summer. With another summer approaching, Ventimiglia’s recent look, and so many short shorts on the market (all modeled by my personal crushes), the season of short shorts is almost upon us.

Though delighted about their return, now I’m stuck wondering: Do all my crushes wear short shorts, or is it the short shorts that make my crushes? Either way, get me a pair. Things are about to get steamy.
At Refinery29, we’re here to help you navigate this overwhelming world of stuff. All of our market picks are independently selected and curated by the editorial team. If you buy something we link to on our site, Refinery29 may earn commission.
shop 5 products 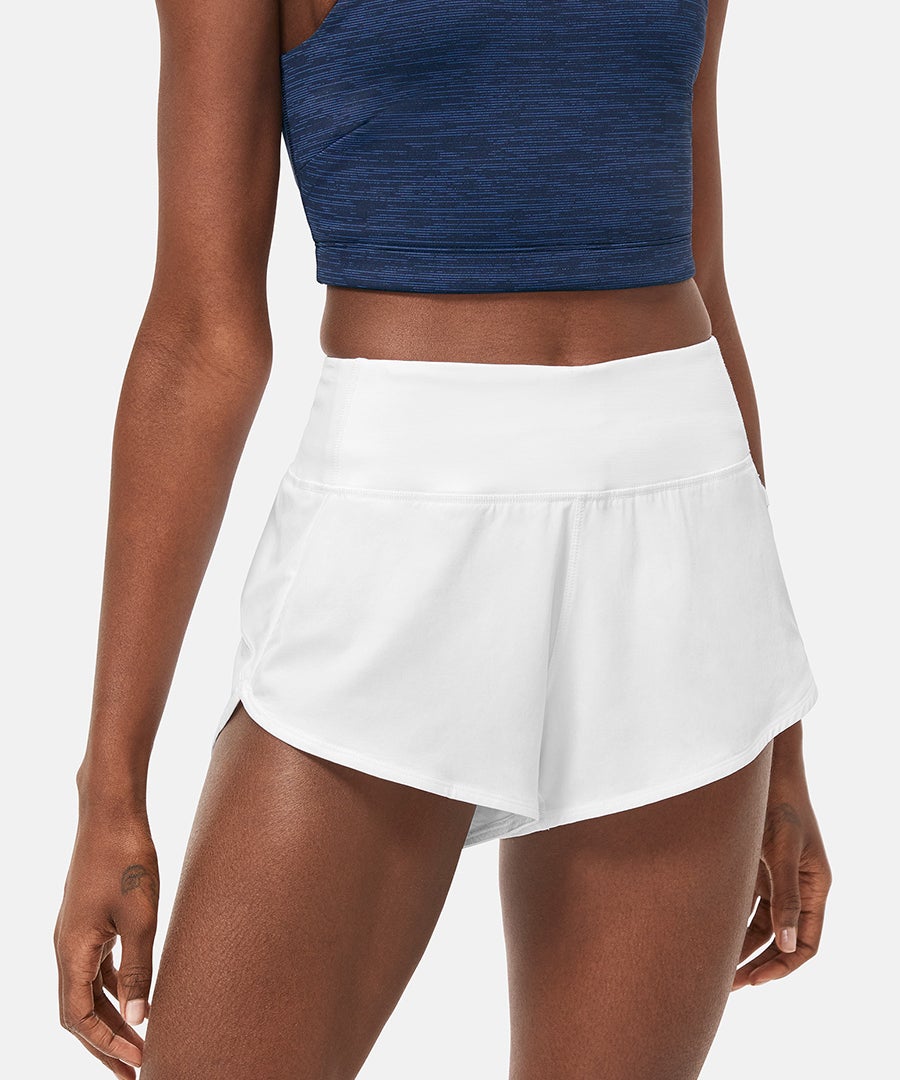 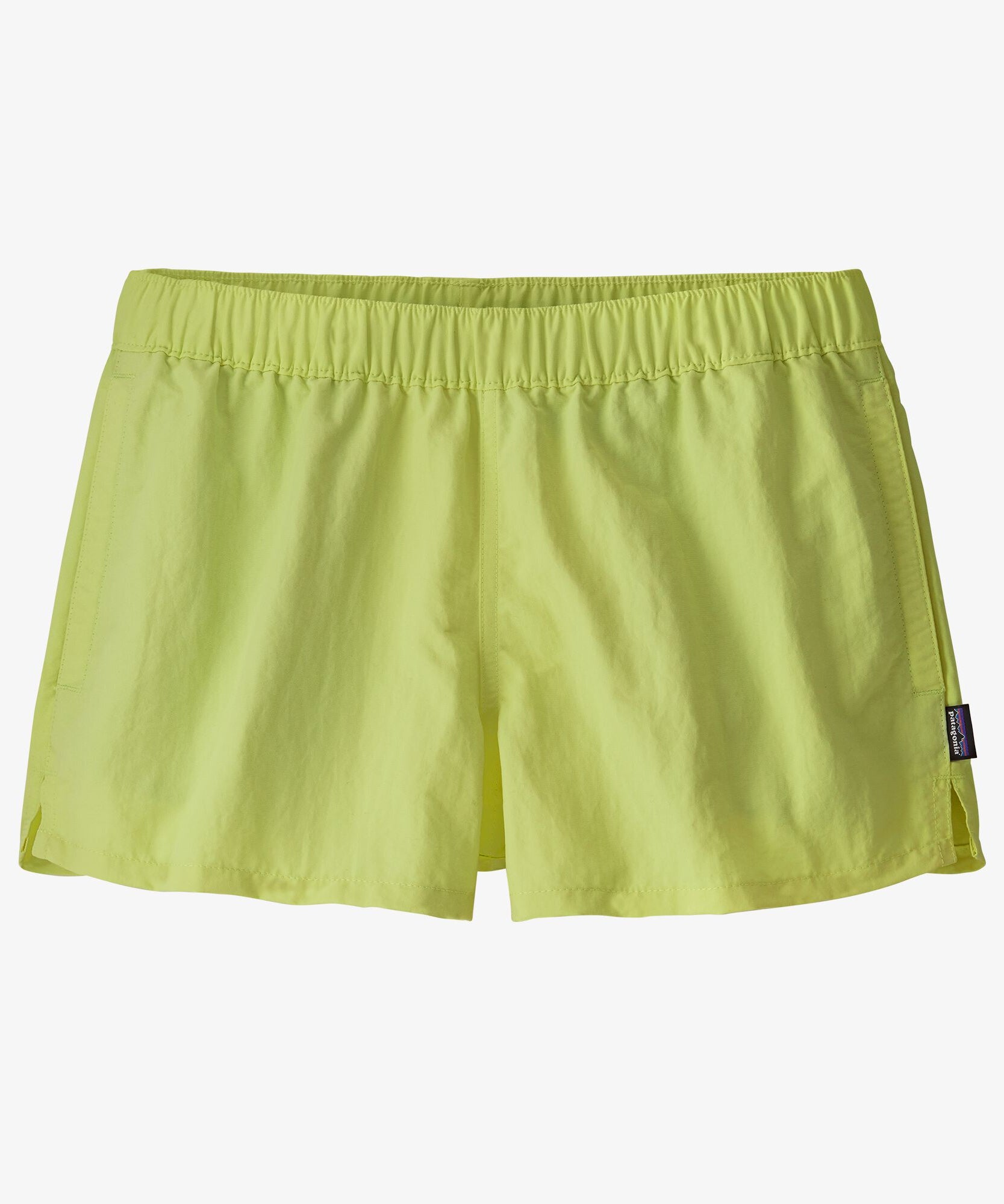 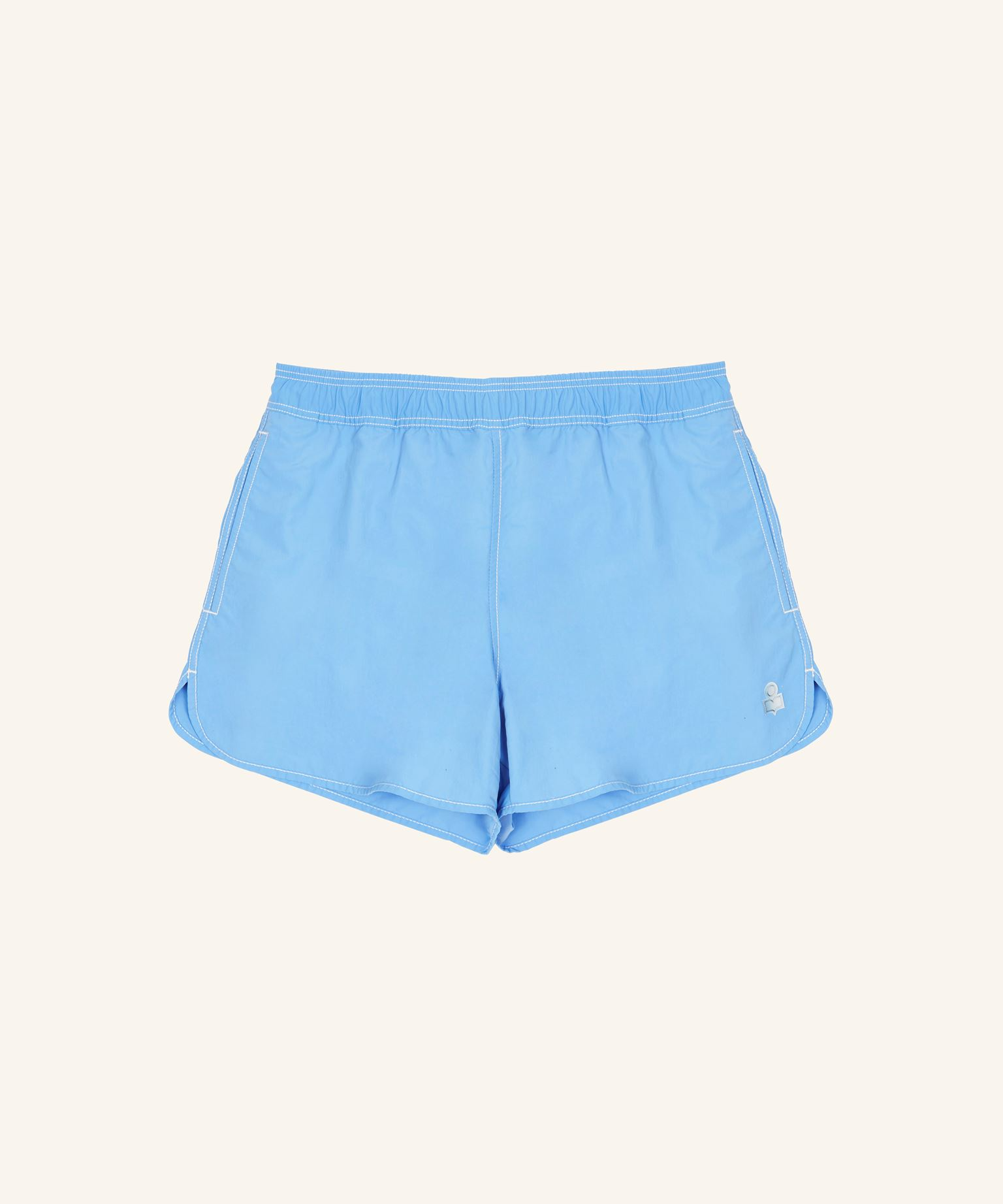 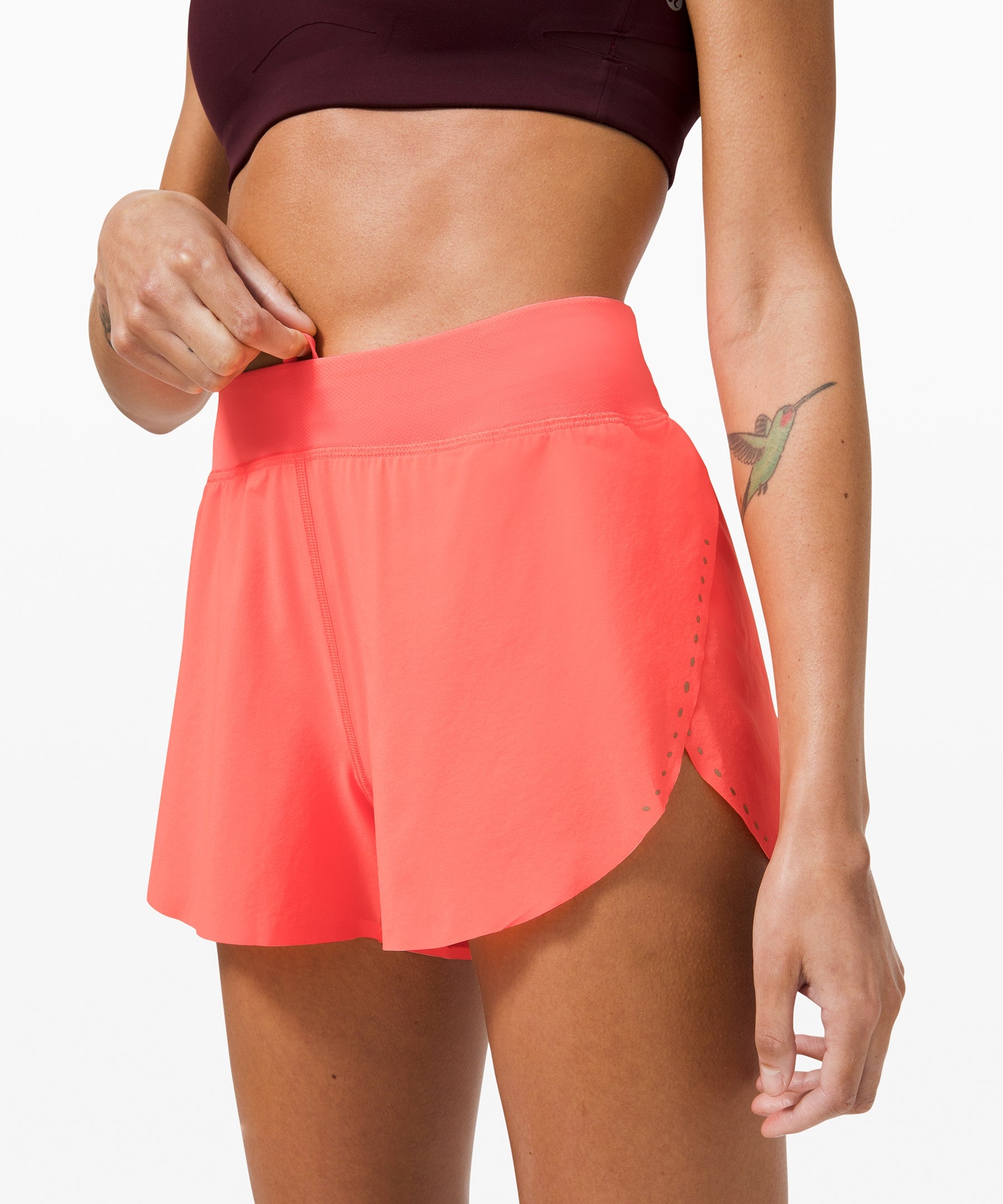 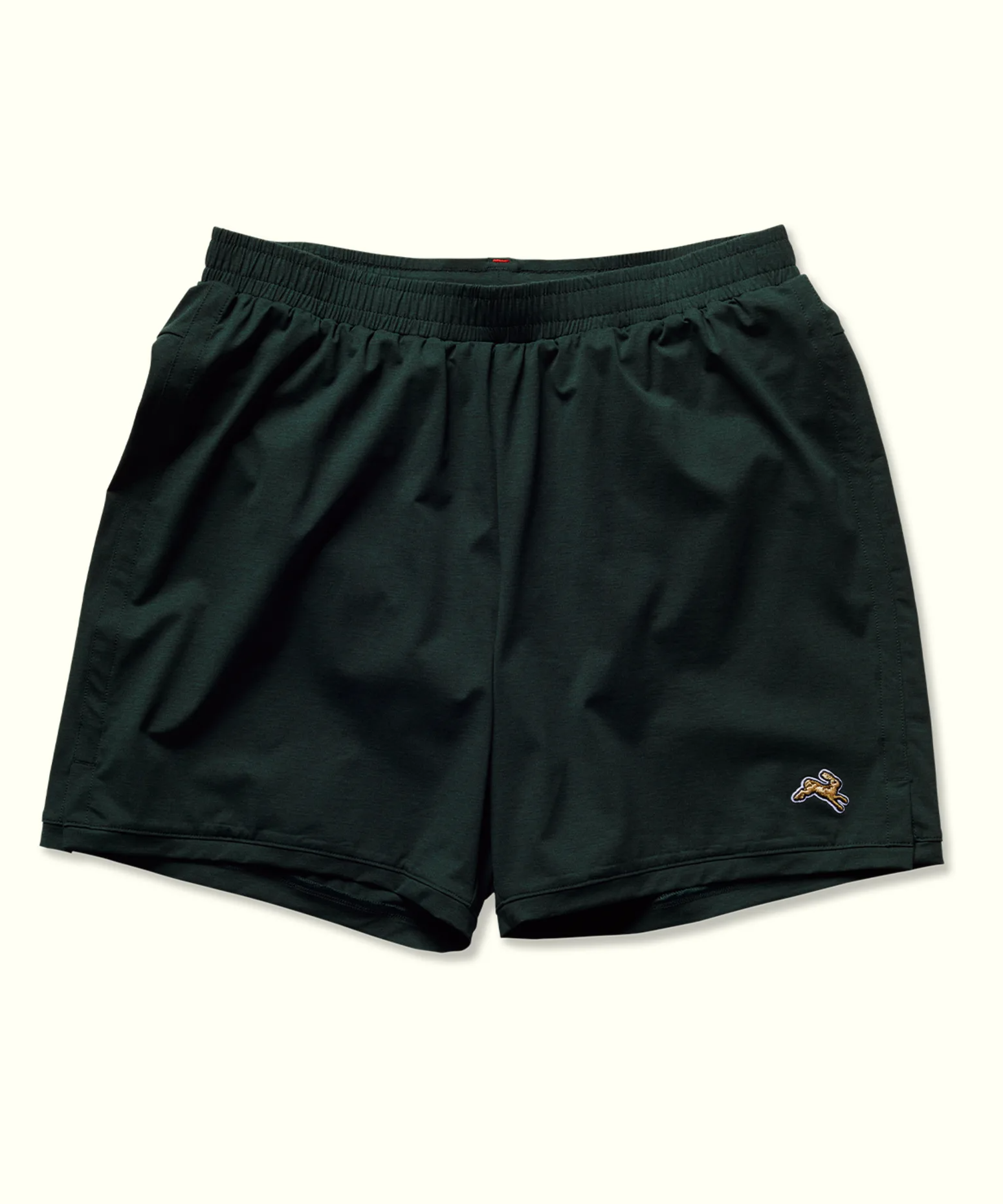 Tracksmith
Session Shorts
C$89.00
Tracksmith
Style
Parachute Pants Are Back — & They’re Coming For Your Sweatpants
After a year of sweatpants, we’re now seeking out alternate ways to wear elastic pants when our surroundings aren’t the four walls of our homes. As we
by Eliza Huber
Fashion
7 Spring Fashion Trends That Are Bringing Joy Back To Dressing
With vaccine rollouts bringing about a more optimistic horizon, we're seeing these spring collections with a newfound sense of excitement.
by Eliza Huber
Fashion
Do You Have A Crush, Or Is It The Short Shorts?
On Tuesday, Milo Ventimiglia — or as I prefer to remember him, Gilmore Girls’ Jess (aka my first crush) — was photographed post-gym wearing what can
by Eliza Huber
Advertisement
Fashion
So You’re Thinking About Trying An Upside-Down Bikini…
When several members of the Kardashian-Jenner clan — starting with Kendall, and then followed by Kylie and Kourtney — began wearing their string bikini
by Eliza Huber
Fashion
Mermaidcore Is Trending. But… What… Is… It?
In March, fashion shopping platform Lyst reported that they had evidence of a rising fashion trend, strongly reflected in what their users were searching f
by Eliza Huber
Fashion
The Unexplainable Allure Of Shoes That Make Your Feet Look Big
In February, among Fashion Month’s many monochrome matching sets and hygge puffer coats, were shoes of epic proportions. Tokyo-based streetwear brand Amb
by Eliza Huber
Fashion
Does Wearing Your Water Bottle Make You Drink More? An Investigation
A lot of the “things you should try” videos that I find on TikTok don’t live up to the hype for me: Feta pasta doesn’t actually taste that
by Eliza Huber
Fashion
Like It Or Not, Yoga Pants Are Making A Comeback
A decade ago, I wouldn’t have been caught dead in a pair of skin-tight bike shorts. Yoga pants, though, now that was a silhouette I could rally behind. F
by Eliza Huber
Style
Lenny Kravitz Had The Right Idea About Scarves
In 2012, on a day that will spawn thousands of memes, Lenny Kravitz bundled up for a grocery run, choosing a scarf as his primary mode of protection from t
by Eliza Huber
Fashion
Sweet, Cute & Pretty: Yes, We’re Talking About Balaclavas
Last year, a surprising accessory trend caught on with the maximalist fashion crowd, turning standard tops and dresses into statements with one simple addi
by Eliza Huber
Fashion
How “Genderless” Collections Might Be Missing The Point
Earlier this month, the much-loved sustainable activewear brand Girlfriend Collective launched its “For Everyone” collection: a range of outerwear and
by Amanda Randone
Style
These Fancy Rubber Clogs Are The Ultimate Dog Walking Shoe
In November, following an especially filling helping of Thanksgiving leftovers, I sat down to peruse Zara’s Black Friday sale and immediately zeroed in o
by Eliza Huber
Advertisement